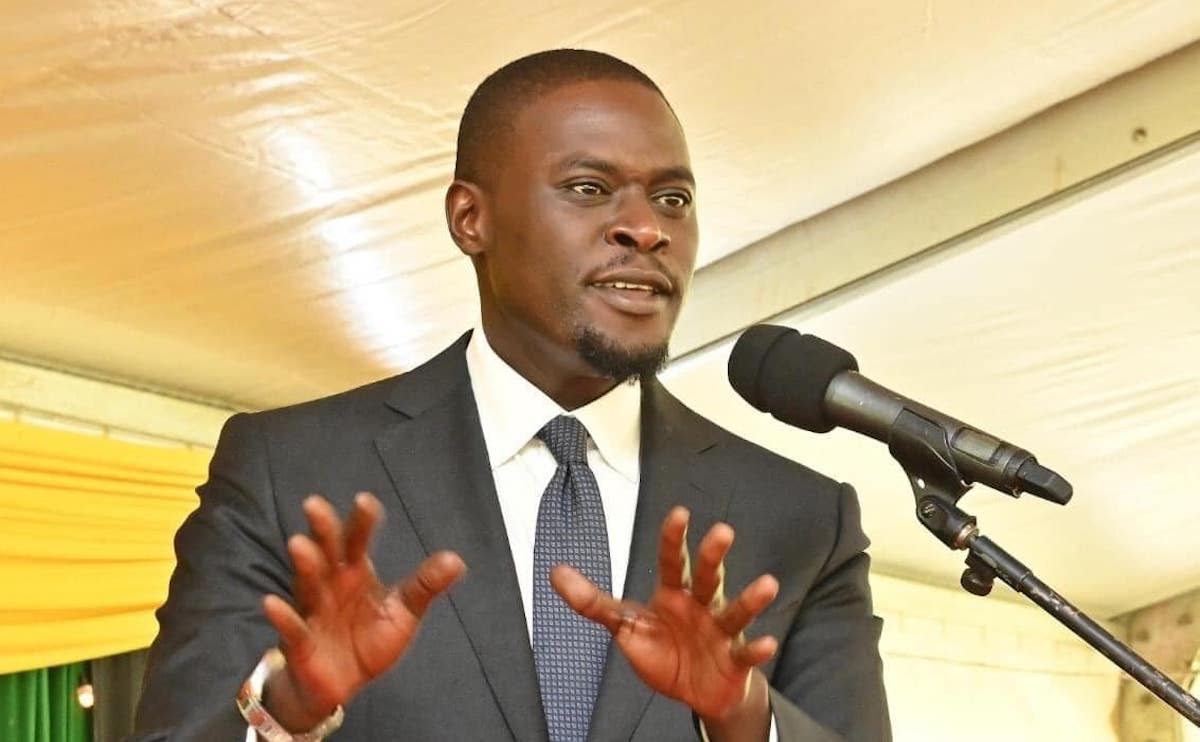 The university degree drama involving Nairobi County governor seat candidate Johnson Sakaja was irrelevant and unnecessary. The forces fighting him should have schemed a better way of stopping him from gunning for the seat.

Speaking to the media, Sakaja, claimed President Uhuru Kenyatta had orchestrated his clearance misery with the Independent Electoral and Boundaries Commission (IEBC). It is unfortunate that President Uhuru would be careless enough to expose his machinations against a friend. It was a needless mistake, which actually could see Sakaja’s popularity soar, less than 40 days to the election date.

Fact: Sakaja is not the only politician to present “dubious” papers to IEBC. And, by the way, President Uhuru has always known the university education status of the Nairobi County senator.

Fact: There are politicians in the President’s Jubilee party (and by extension Azimio coalition), which haemorrhaged support after majority of politicians left it for the newly formed United Democratic Alliance (UDA), who have questionable degree qualifications.

Fact: Sakaja is no better or worse than these other politicians who have been apparently given a clean bill of health by IEBC.

Fact: President Uhuru felt slighted when Sakaja, who helped him form The National Alliance (TNA), on which he first ran for the presidency in 2013, abandoned the Jubilee ship, for UDA fronted by Deputy President William Ruto, President Uhuru’s newly found political punching bag.

Fact: President Uhuru is preoccupied with who becomes the next Nairobi County governor, hence, the Jubilee Party candidate for the seat, Polycarp Igathe, is his project.

Had Sakaja stuck with Jubilee and had the party okayed his candidature, would President Uhuru have fought him, and hope to torpedo his ambition, presumably because of lack of a university degree?

I will not pretend to conjecture why President Uhuru is so keen to influence the outcome of who becomes the next Nairobi County governor, even as he leaves State House. When the Orange Democratic Party (ODM) Westlands MP Tim Wanyonyi presented himself as a viable governor seat candidate, he was surreptitiously forced to abandon his ambition, just when Nairobians were warming up to his full-scale campaigns.

Insiders within the Jubilee Party and ODM whispered to me that the chairman of Azimio coalition President Uhuru checkmated Tim’s ambitions. So, he asked Raila Odinga, the coalition’s presidential flag-bearer, to order Tim to defend his MP seat instead. Raila, unquestioningly, obliged. We must stay focussed on the ultimate prize, he is reported to have told Tim’s disgruntled ODM supporters.

Geographically the smallest of the 47 counties, Nairobi is the richest and most influential. It is the administrative and commercial capital of Kenya. It is also the seat of government and the diplomatic gateway to Kenya. All the foreign missions accredited to the government have their offices in Nairobi. Trust me, in the not-to-distant a future, the governor of Nairobi will be a potential presidential material.

In the not-to-distant a future, the governor of Nairobi will be a potential presidential material

Nairobi’s myriad of problems is far from governance representation by a politician who lacks a university degree. The inaugural city governor was a university educated corporate buff, who after his first term couldn’t even make it for a second one. Why? Evans Kidero, who fled the city politics for his Homa Bay rural county, was an unmitigated disaster, a flop, because City Hall, once again, became a beehive of buccaneers.

Mike Mbuvi Sonko, a bonhomie and a swashbuckling carpetbagger, who has since redefined city politics, defeated Kidero hands down, when he entered the governor’s race, after serving only one term as the Nairobi County senator. Sonko, who “Sonkonised” Nairobi politics, become the most voted for governor in 2017, if the votes he got, are anything to go by.

Majority of Nairobi’s rank and file, the urban poor and the underclass, would care less whether their governor has a degree or not. That is the past time of the bourgeoisie and pretenders to middle class aspirations, who have all the time to discuss the merits and de-merits of not owning a college degree.

The majority of Nairobi’s rank and file, the urban poor and the underclass, would care less whether their governor has a degree or not

Majority of Sonko’s orphaned city supporters, who both Sakaja and Igathe are courting, immediate problem isn’t whether their next governor was educated at Team University or whatever university, but whether they can address their socio-economic plight for a better tomorrow.

From Grogan to Guantanamo, Kosovo to Koch, Mantigo to Mathare, Sodom to Saigon, Vietnam to Viwandani, many of the presumed Nairobi degree holders would be hard put to locate these specific areas in the county. Yet, it is from these areas that the next governor will be voted. To therefore inadvertently tell the areas’ electorate that a college degree is all that matters for effective representation, is to insult their political sensibilities.

What the unfortunate and ill-timed Sakaja drama proved to these potential voters is that the political class doesn’t feel them, doesn’t know them, doesn’t even care about them. The above-named ghettoes were Sonko’s terrain; multi-cultural and multi-ethnic, where even the state security agents have to think twice before venturing into them.

Both Sakaja and Igathe have appropriated Sonko’s language in their bid to woe this terrain, because they are all too aware that the few and far between degree holders of Karen, Kilimani, Kileleshwa, Kitisuru, Kidfarmaco, Lavington and Loresho hardly vote.

In a recent interview, Igathe told a TV anchor that Sonko remains his mentor, never mind when he was forced (by the same forces that once again have plucked him from Equity Bank) to deputise Sonko, he fled the office, just after six months, claiming Sonko had completely side-lined him. Never mind, despite Sonko’s questionable educational status and of course his questionable possession of a university degree, Igathe will not be caught soiling Sonko’s name publicly.

Posing as a toilet sweeper, a matatu traveller and even as a newly-minted philanthropist paying fare to matatu passengers, Igathe, it seems, learned the wrong strategies and tactics from his mentor, or learned nothing at all. I asked one of the Kasarani–Mwiki matatu passengers that he had paid his fare what he thought of the gesture and the fellow mused aloud, “Igathe thinks we are foolish and don’t think.

“So, paying fare for some random passengers in an obviously choreographed PR stunt is supposed to mean what? That Igathe is kind and generous? That he now understands the ordinary Nairobian’s public transport problems? Frankly, I didn’t understand what that gesture was all about. The PR gimmick he pulled, which showed him riding in a matatu, was nothing but clownish. Who does that and what was that for? Was that meant to mean, he’s a down-to-earth gentleman? That he’ll be closer to the people once he’s a governor, or he’ll be taking time off to ride with the ordinary people?”

The passenger said Igathe has become the butt of crude jokes and a comic relief because of his public relations antics.

Two months ago, I spoke to a city businesswoman, who was part of a meeting of the business community called by Igathe as part of a let’s-get-to-know-one-another forum. “I was unimpressed by Igathe,” said the woman. “He’s not a politician, he knows Jack. Asked about what he would do about the fires bedevilling Gikomba Market, he mumbled incomprehensibly. Many of the businesspeople left the room wondering what he precisely stood for.”

He has this illusion that because he is being backed by powerful forces, he’ll become the next governor by whichever means necessary, quipped the lady. “I also got the impression that he expects Kikuyus will vote for him because he is also an ethnic Kikuyu.” Out of the more than 2.4 million registered Nairobi County votes, a million plus are Kikuyus.

The Sonkonisation of city politics has made its politics even more complex and unpredictable. Sonko, first as senator and then as a governor, broke the shield of ethnic emblem; his electoral support cut across party lines and ethnic affiliations. In August, 2022, it isn’t a guarantee that just because Igathe is being backed by the government system’s powerful people and a Kikuyu, he’s just waiting to walk into City Hall.

The determined onslaught against Sakaja’s candidature proved one thing: Although a Sabaot, a Kalenjin sub-tribe from Mt Elgon in Bungoma County, he is a force to reckon with in the tumultuous Nairobi city politics.