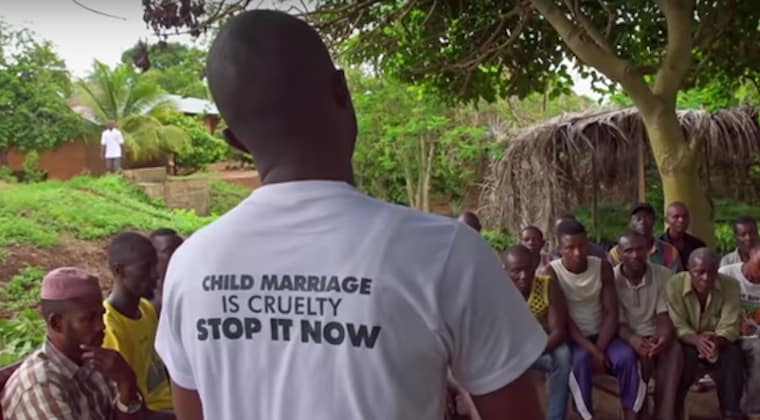 Husband schools in Sierra Leone are taking on domestic violence by teaching men about women’s health and gender issues, according to a report by news station Al Jazeera. Sexual and gender-based violence has been declared a national emergency by that country’s president after the recorded number of rape and assault cases almost doubled over the past year. It is also being estimated that more than 200 000 women were the victims of gender-based violence during the 1991-2002 war, and that this is a pattern that has endured.

At one such school in the Eastern Province of Sierra Leone, 39-year-old Pidia Joseph Allieu, a coordinator for FINE Salone, an NGO that promotes gender equality, is doing his part to help eradicate sexual violence in Sierra Leone.

“The [Husband School] class is trying to change the mindset of men. If you have sympathy for women, you won’t do bad things to them. If you know what you are doing is wrong, you will stop,” he told Al Jazeera. “For some, the Husband School is the first time they have been in a classroom setting. It is a challenge to get them to open up to new ideas.”

Speaking on the importance of this change in mindset, Allieu said, “Sierra Leone is a great nation, with so much potential. But still, women and young girls are vulnerable to sexual offences, underage marriage, economic deprivation, wife beating.

“Men have grown used to violations against women. That is really the legacy from the war … The violations during the war were many, but the major one was rape.”

In his class he invites the men to share their views on the treatment of women so as to help them build a better understanding of the consequences of their attitudes and actions. The thinking is that by opening their minds to the bigger picture they will be encouraged to have a different and more mutually respectful and beneficial relationship with their spouses.

Al Jazeera goes on to expound that, as with many NGO projects in Sierra Leone, funding for the Husband Schools is inconsistent and Allieu goes without payment for months on end. His commitment, however, remains unwavering: “I am not doing my job for money. It’s a passion, because I know it is life-saving.”

The short documentary “The Husband School” was made by filmmaker Sam Liebmann, who spent a lot of time with the men in these classes during filming. He said, “Ultimately, that men are discussing gender issues does not mean women are safe, nor equal. But I think the film does show that there is clearly engagement with the issues, and such engagement is vital for improving the lives of women around the world.”

#MeToo isn’t big in Africa. But women have launched their own versions