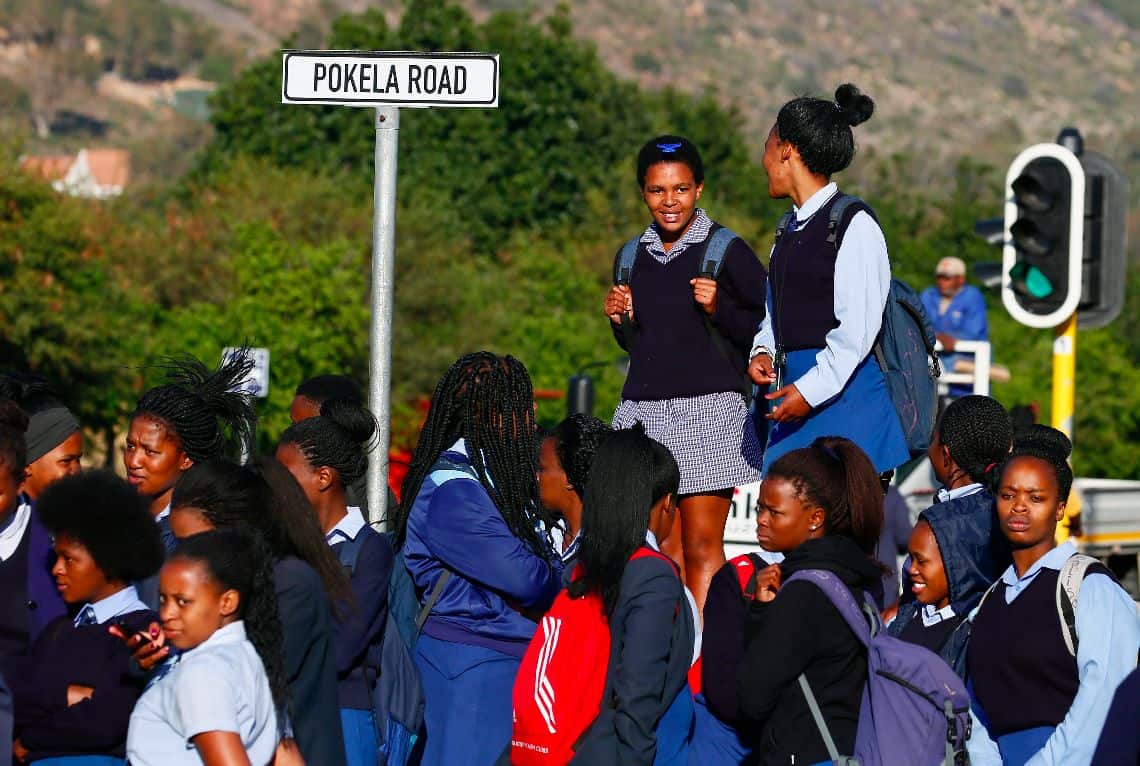 This week marks 40 years since the student uprisings of 1976, after which South Africa was never the same again. At the heart of the student protests was black consciousness – a political awareness of what it meant to be saddled with a grossly inferior education in segregated schools and the pitiful future prospects that awaited young black people entering life in a country run by apartheid. The spark for the June 16 riots was the decision by the apartheid regime to impose Afrikaans on an equal basis as English as the language of tuition.

What followed was a massacre. Police shooting school kids would ultimately destroy any shred of legitimacy the apartheid government had in the eyes of the world and sped up the clock for its demise. Education never returned to normality.

Veterans of ’76 will be quick to tell you they didn’t burn down schools. But in the decades after, schools were torched or boycotted as “liberation before education” became one mantra of resistance. South Africa still lives with the consequences.

Schools remain a prime a target for protest action. Just a few recent examples include: in April, angry students burnt down a technical high school in Port St Johns; in May, 28 schools were torched, some razed to the ground in Vuwani, Limpopo, and 103 schools closed down in the Vhembe region; in June, three schools were torched in Ledig, North West; late last year, also in the North West, classrooms were burnt at three schools.

A picture taken on May 6, 2016 in Vuwani, shows a view of a burnt school, following violent protests against the redrawing of municipal boundaries ahead of local elections this year. AFP PHOTO / STRINGER / South Africa OUT

Schools are also routinely shut down by protesting communities. The first protests of this nature to penetrate public awareness were the “no road, no school” protests of 2014 in Kuruman in the Northern Cape, where the community torched the administration blocks of several schools and prevented pupils from attending school demanding that a 130km stretch of road be tarred. No students were enrolled for the 2015 matric exams as a result.

South Africa is awash with protests and schools are often closed because of the potential danger to children getting caught up in the crossfire. Many school closures, either by parents or students themselves, are over disputes with the country’s enfeebled department of basic education. These shutdowns often make sense, where children go to schools that are unsafe, severely uncomfortable (having no desks or are without roofs) or still relying on pit latrines, or where there is a lack of teachers.

The spirit of ’76 is alive and admirable among some of school children of today, such as the 200 kids from Sizimisele Technical High School in Khayelitsha who organised themselves, hopped on trains to the city and went and picketed outside the offices of the department of education because they were sitting in classrooms without teachers.

But what is almost uniquely South African is deliberately preventing children going to school as part of the arsenal of protest when these protests have nothing to do with education. In Vuwani, it was over municipal demarcation; in Ledig, it was over electricity connections; in Masiphumelele, Cape Town, it was the arrest of a community leader; in Pietermaritzburg, it was a lack of water; in Kuruman, it was a road.

People in neighbouring African countries scratch their heads at our self-harming habit and remark that there is something lethal in the South African psyche. I have written on the wisdom of destroying property to get the attention of a tin-eared government, but many in South Africa, including even firebrand Julius Malema, leader of the unofficial opposition, find school burning “barbaric”. Malema said anger should be directed at the ANC instead, a comment which had him accused of inciting violence. The Human Rights council have pointed out that it is a fundamental interference with the rights of the child. Countless ANC and government officials have pleaded with communities to little effect.

Residents walk along a road blocked with debris after several schools were torched during protests over borders of the area on May 8, 2016 in Vuwani, South Africa. The whole week saw learners not attending classes. AFP PHOTO / MUJAHID SAFODIEN

But as one protesting resident in Ward 18, Pietermaritzburg, put it, “If it means we burn the schools, we will do that with pleasure … Enough is enough.” Extreme conditions require extreme strategies say others.

Yet, there is a fatal logic at work, to a point. Schools are major public buildings, easily accessible and usually unprotected.

Involving the school has an immediate effect of involving almost everyone in the community, including those who would rather go to work, carry on their own lives, sit on the sidelines and look after number one. They find they cannot; their children’s safety and futures are suddenly tied to the demands of the community.

It would be remiss not to note that in many instances residents, teachers and parents went to schools to protect them and to plead for the school buildings to be spared.

The message is clear: the struggle continues. Liberation has not come, not even political liberation, never mind economic liberation.  Protests are usually focused around community demands, but communities do not go on the rampage just because there is no water or electricity, because sanitation is poor or life is hard. South Africans are resilient and used to difficult circumstances. What usually ignites protests is a community’s loss of faith in its elected representatives or where those representatives defy the community.

More often than not, it is after years and years of failed promises made during elections, the discovery of underhand and corrupt administration, of unequal treatment, of local authorities visibly growing fatter while snubbing communities – this is what eventually leads to violent protests.

Tragically, it seems to be a failing strategy; a matter of cutting one’s nose off to spite one’s face. Government’s response is usually to deploy more police, not to fix the schools.

Around 2,600 matric students in Vuwani missed the midyear exams and over 52,000 others have been affected at the time of writing and are still without schooling. The task team government has deployed has had no effect. The generation of ’76 are meant to be in charge. The question to ask, is why are they failing on such a fundamental level?

A debate rages in Nigeria about “Stomach infrastructure”