The Independent Electoral and Boundaries Commission (IEBC) was playing by the rulebook, when it received Walter Mongare alias Nyambane’s presidential nomination papers, but no sooner candidate Jimi Wanjigi of the Safina Party showed up, than Mongare’s papers were quickly rescinded.

The commission which is mandated with overseeing the forthcoming general election, has been on the spotlight and under intense scrutiny, from Kenyans and the world, since bungling up the 2017 presidential election. To date, IEBC has yet to open the servers, which were tallying the presidential results, a really long story, that one day will have to be properly told.

To date, IEBC has yet to open the servers, which were tallying the presidential results

The election commission’s credibility and trustworthiness has been wanting to say the least – few Kenyans trust it, because it does not inspire confidence. Even less believe it will midwife this crucial presidential successfully. That’s really a bad card and a bad place for IEBC to be, but it is what it is and you don’t have to take my word for it.

Both the 2017 two presidential elections results are still shrouded in controversy and mystery, largely because of the commission’s ineptitude. The least said about the 2017 general elections, which are still fresh, in some of our minds, the better.

Fast forward 2022: The commission couldn’t be more in the spotlight – with only 55 days remaining, IEBC’s credibility and modus operandi is on the line. How it delivers these elections will tell whether there are any lessons learned, especially concerning the presidential election, which, if not handled with utmost transparency, may result in ugly scenes and that, by the way, is an understatement.

If the presidential election is not handled with utmost transparency, it may result in ugly scenes

Whether it is still in the grips of shadowy mandarins seeking to influence in particular, the outcome of the presidential results. We are not saying anything new here; the history of the electoral bodies in this country, whether pre or post the new 2010 constitution, is replete with external inferences.

The Jimi Wanjigi IEBC saga is a harbinger of an IEBC that’s still in the clutches of its hitherto bad behaviour. It’s a bad omen. On receiving the Safina party candidate papers, the IEBC chairman and presidential election returning officer Wafula Chebukati prevaricated: In mitigation, he sought to interpret the law, when he said the Safina party candidate didn’t have a degree.

The matter of what is a degree, what constitutes a university education had already been interpreted by the High Court as law, as illustrated below. A law which IEBC has been using for the last nine years. Justice Isaac Lenaola and E.K.O Ogola in 2013 ably demonstrated the application of the said legal statutes and gave an interpretation of the 2010 constitution and the election act, insofar as possession of a university degree is concerned.

In the case of Janet Ndago Mbete vs IEBC and Hassan Joho Petition No. 116 of 2013, the commission cleared the 3rd respondent (Hassan Joho) based on the completion letter from the university and defended the position in court as proof that the 3rd respondent had indeed received university education. It, therefore, boggles the mind when Chebukati, purports to say that both Jimi Wanjigi and Walter Mongare (as an afterthought) don’t have degrees.

In fact, the commission in recognising and applying the law properly had indeed accepted and cleared Mongare’s presidential candidature based on university letters that showed he had completed his studies. This, it did, by communicating and confirming he had met all the statutory requirements. So, why did Chebukati annul his earlier decision, which clearly came as an afterthought?

The revoking of Mongare’s clearance by Chebukati came after Jimi had complained to IEBC that he was being discriminated. Also, isn’t the case that once a candidate has been cleared, by the returning officer, he has no powers thereafter, to purport to quash the nomination unless through a judicial process?

On June 6, 2013, Chebukati told Jimi who appeared before him, that he did not have a university degree.

On March 15, 2013, 10 days after the March 4 general election was held, High Court judge Isaac Lenaola in his substantive ruling quoted from the Blacks Law Dictionary, 8th Edition, which defines a degree as; “a title conferred on a graduate of a school, college, or university either after the completion of required studies or in honour of special achievements.” The judge also quoted from the Concise Oxford Dictionary, 10th Edition, that defines a degree as; “an academic rank conferred by a college or university after examination and or after completion of a course, or conferred as an honour.”

Judge Lenaola, to sum up his argument said; “I am therefore in agreement with the 3rd respondent that a degree is not a physical connation, but a process whose pinnacle is the graduation. Indeed, the Concise Oxford Dictionary, 10th Edition defines a graduate as one who has ‘successfully completed a degree’ and a graduand as ‘person who is about to receive an academic degree’. It is therefore clear to me that, the graduation ceremony cannot be used as measure to determine whether one had a degree or not. In my view what matters is that a person has attended school, undertaken the studies envisaged and has passed all the requisite exams for the conferment of the degree. Having found as above, I am satisfied that the 3rd respondent holds the qualifications envisaged by Section 22 (2) of the Elections Act.” 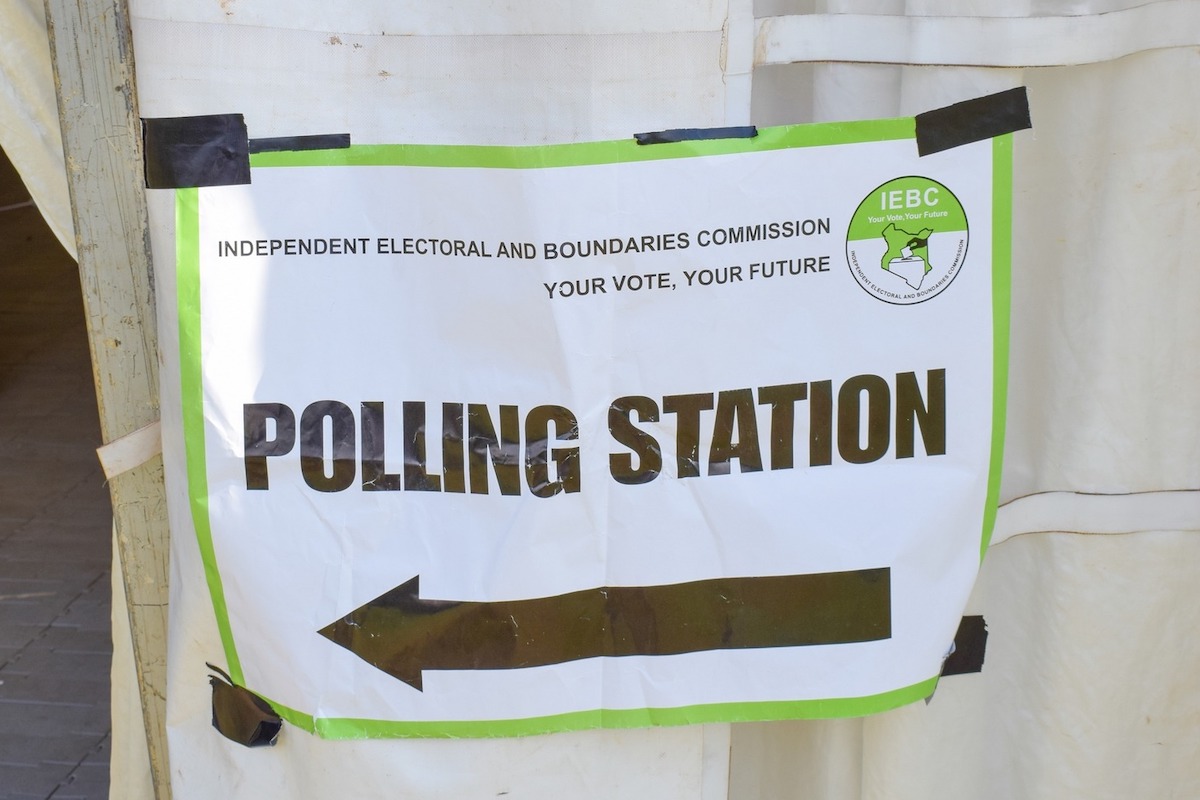 In a related ruling delivered before the March 4, 2013 elections, on February 13, 2013, judge E.K.O Ogola, argued very much like his brother judge in the case of Mable Muruli vs the Independent Electoral and Boundaries Commission.

“The issue for this court is then to determine whether or not after a person has successfully gone through the process leading to acquisition of a degree, he is qualified under section 22 (2) of the Act even when no physical certificate has been conferred. In my judgement, the respondent that is the (IEBC) has made very superficial interpretation of section 22 (2) of the Election Act. In my view, a certificate is merely a confirmation of what is already in existence. The petitioner (Mabel Muruli) has successfully completed the course programme. That programme has been acknowledged by the Commission of Higher Education….and the respondent has no option but to admit the petitioner to the relevant candidacy.”

Judge Ogola in his wisdom also said that, “there are many circumstances where people have been admitted to employment or to further study course on the basis of what they have proved to have achieved even when the graduation and certification is yet to take place. For the respondent to flagrantly disregard this peculiar position is to arrogantly violate the rights of the petitioner and it is the duty of this court to restore the same.”

As far as the Election Act goes, this law has never been appealed, hence it is binding to both the respondents and IEBC. Chebukati, therefore, cannot purport to change the law to suit his whims. It is not possible, because he would be operating outside of the law.

Jimi Wanjigi’s case, like many other complainants’ cases, is already before the IEBC’s Dispute Tribunal Committee at Milimani Courts. Hopefully, it should be conclusively determined by end of June 14, 2022.