The war in Ukraine: Africa risks paying a heavy price for neutrality 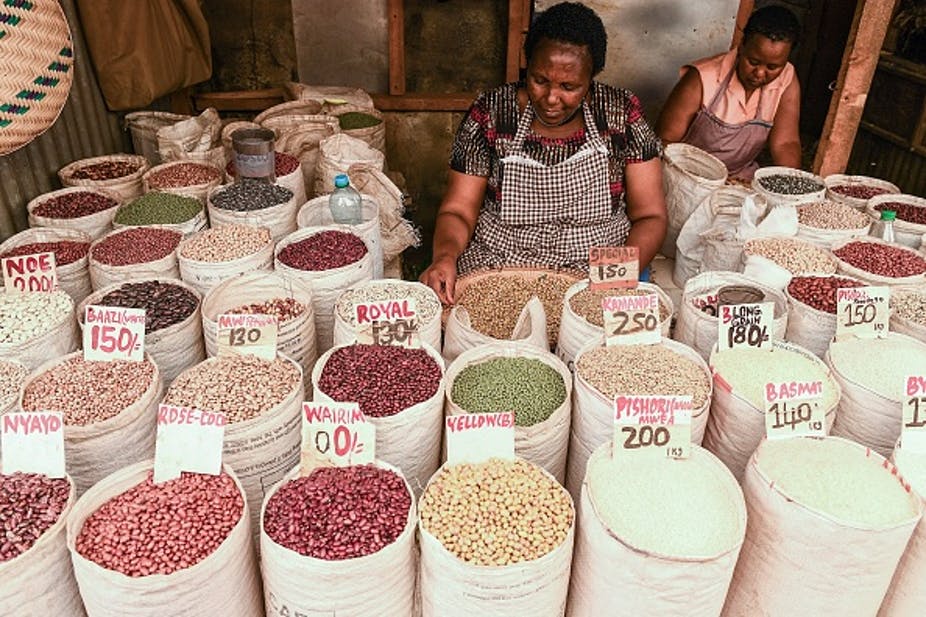 Far from being swift, Russia’s invasion of Ukraine now looks likely to become a long-running war of attrition. It will therefore have an accumulating, and increasingly drastic, impact on Africa unless it can be brought to swift end.

But can African countries influence that? And do they want to?

This article argues that both African and western countries need to change their approach if Africa is to suffer less damage from the crisis. If it continues to sit on the fence, it risks exacerbating conflict in Africa itself.

The Ukraine war has compounded the economic problems caused by the pandemic. Both the International Monetary Fund and UNECA have emphasised the economic damage being done to African countries. On top of food price inflation and Africa’s dependence on food supplies from both Ukraine and Russia, the World Food Programme has highlighted the shortage of emergency supplies to feed the starving in drought-struck eastern Africa.

The 20%-40% increase in oil and gas prices has hit consumers and manufacturers as well as farmers through the price of fertiliser. And as revenue falls and demand for government spending rises, there is a growing risk of debt distress. This is true even of hitherto stable countries like Ghana.

This economic pressure, and particularly rising food prices, may not only provoke protest but precipitate political instability and conflict across the continent. It was, after all, food price rises that stimulated the Arab Spring in 2011. Sri Lanka’s current foreign exchange crisis shows how politically dangerous it can be.

The war in Ukraine has also diverted global political attention from Africa’s problems, and made it harder for the UN to lead international peace-making efforts. From Putin’s point of view, the more chaos in the world the better to divert his enemies. But, unless the African Union is willing and able to step in, the lack of global attention risks more African conflicts getting out of hand.

The Ukraine crisis, therefore, significantly increases political stress and potential conflict throughout Africa. Economic, political and social stress levels are already high due to climate change and demographic growth. Countries like Nigeria and Mozambique as well as those in the Horn of Africa and Sahel have latent or actual conflicts that will be exacerbated.

African governments are already appealing for more economic support to mitigate these stresses. But many donor countries are now diverting more money to defence, and it would be quicker and more effective to tackle the root of the problem: Russia’s invasion of Ukraine.

The shocking breach of national sovereignty and territorial integrity initially led many to support the Kenyan arguments at the UN Security Council against the invasion, and on 2 March 28 voted for the UN resolution condemning the invasion and only one, Eritrea, against. Even so, 17 abstained and 8 absented themselves.

A month later, however, in the vote to remove Russia from the UN Human Rights Council on 7 April, only 10 voted for, 9 against and the remaining 34 sat on the fence.

A few authoritarians, like President Isaias Afwerki in Eritrea, and a number of states that depend on Russia for security, like Mali and the Central African Republic, were always likely to support it. But other countries with sound democratic credentials, like Senegal, Ghana and Botswana, have also avoided picking sides.

Many Africans firmly believe they should remain neutral. They argue that this is not Africa’s quarrel and that western countries are hypocritical, defending their own invasions, like Iraq, while opposing Russia’s in Ukraine. They also wonder why the suffering of Ukrainians should be more important than the suffering of Ethiopians, to which the west has paid so little attention.

South Africa has been accused of prioritising its political ties to Russia over its principles of sovereignty and self-determination: Ramaphosa urged a peaceful solution, but criticised NATO for its expansion rather than Russia for its invasion.

For European and North American countries, the immediate point of historical reference is the Second World War: dictators who invade their neighbours cannot be trusted and must be firmly opposed for the safety of the whole world. Hence their remarkable unity and swift response.

For Africa, however, the historical reference is the Cold War, when the Soviet Union supported the liberation struggle against (western) imperial powers. This looks to Africans more like a replay of the Cold War, of Russia vs ‘the west’, than of World War II (democrats vs dictators) and non-alignment therefore seems natural.

Russia actively promotes this interpretation on social media in Africa, pedalling a narrative that NATO is the aggressor and Russia the victim, writing the Ukrainians out of the script.

But this creates four problems for Africa. It prolongs the war. It implies accepting Russia’s right to a ‘sphere of influence’ over neighbouring countries, whatever the views of their citizens. It means ignoring the principles of self-determination and non-interference. And it risks Africa becoming again a playground for great power rivalry.

Soviet imperialism was just as real as western imperialism, simply more local. Ukrainians and other east Europeans, achieved their independence from Russia long after most African countries, and are equally determined to keep it. Many therefore rushed to join NATO and the EU, with the full support of their citizens; and Ukrainian refugees have received a warm welcome in neighbouring countries because their hosts are all too aware that unless Russian aggression is stopped, they too could be refugees tomorrow.

What would an alliance with Russia bring African countries in a multipolar world where the international rule of law is ignored and might alone makes right?

The Syrians know already: ruthless and effective military support for a client dictator enabling him to crush and expel all dissent.

The Libyans also know, though Russia’s military support for General Haftar was neutralised by Turkey’s intervention.

Even in South Africa the Russian alliance nearly brought the country a ruinous contract to build nuclear power plants that would have generated more corruption than energy.

But western countries also need to recognise they are not innocent. From an African perspective, trade still feels unbalanced, the costs of ‘structural adjustment’ are still resented, and while western donors see themselves defending human rights, financial probity, good governance and civil society, others see them as hypocritical, supporting dictatorial regimes past, like Mobutu Sese Seko in Zaire (now DRC), and present, like Rwanda and Uganda.

Most recently, the benign western self-image has been badly damaged by the vaccine inequality exposed by the Covid-19 pandemic.

Western governments have been using the wrong arguments, appealing to the need to preserve the international rule of law and multilateral institutions when many Africans see these as skewed in favour of ‘the west’ and Africa as perpetually disadvantaged.

African perceptions of western hypocrisy have been reinforced by the contrast between support for Ukraine and the precipitous departure from Afghanistan, relative indifference to Syria’s suffering, and hostility to African refugees. The scenes of European border guards discriminating against black refugees played directly into the narrative that ‘the west’ supports white folks more than black.

Even if ending the war is clearly very much in Africa’s self-interest, Western countries need to address this perception if they are to persuade African countries to put more pressure on Russia.

1) The West would be wise to admit its own past sins and omissions, and admit African countries to a fuller part in the global order, to give them more confidence that it will work in their interests and is a preferable alternative to acting as clients to one superpower or another.

2) Africans themselves need to look at where their real interests lie. Distrust of ‘the west’ is understandable, but does that make Russia a trustworthy alternative? The Ukrainians don’t think so, nor many Libyans, and certainly not the millions of Syrians who have been forced into exile by Russian bombs.

The dangers of sitting the fence

Will Africa benefit from standing aside, urging talks, while the conflict continues and the world economy is irreparably damaged?

The longer the war continues, the worse the economic damage to Africa, and the greater the risk that conflict breaks out in African countries themselves. Russia will not stop the war until forced to do so, by arms or by bankruptcy.

If African countries mean what they say about respecting sovereignty and building a fairer international system, they need to step in, not step away. But they also need to be clearer to western countries what their price is.

To stay neutral risks signalling African weakness and marginalisation in international affairs. A confident, assertive, self-interested and united Africa would say: ‘Stop this: it is wrecking all of us.’ Sitting on the fence helps no-one, especially when the fence will inevitably one day collapse.