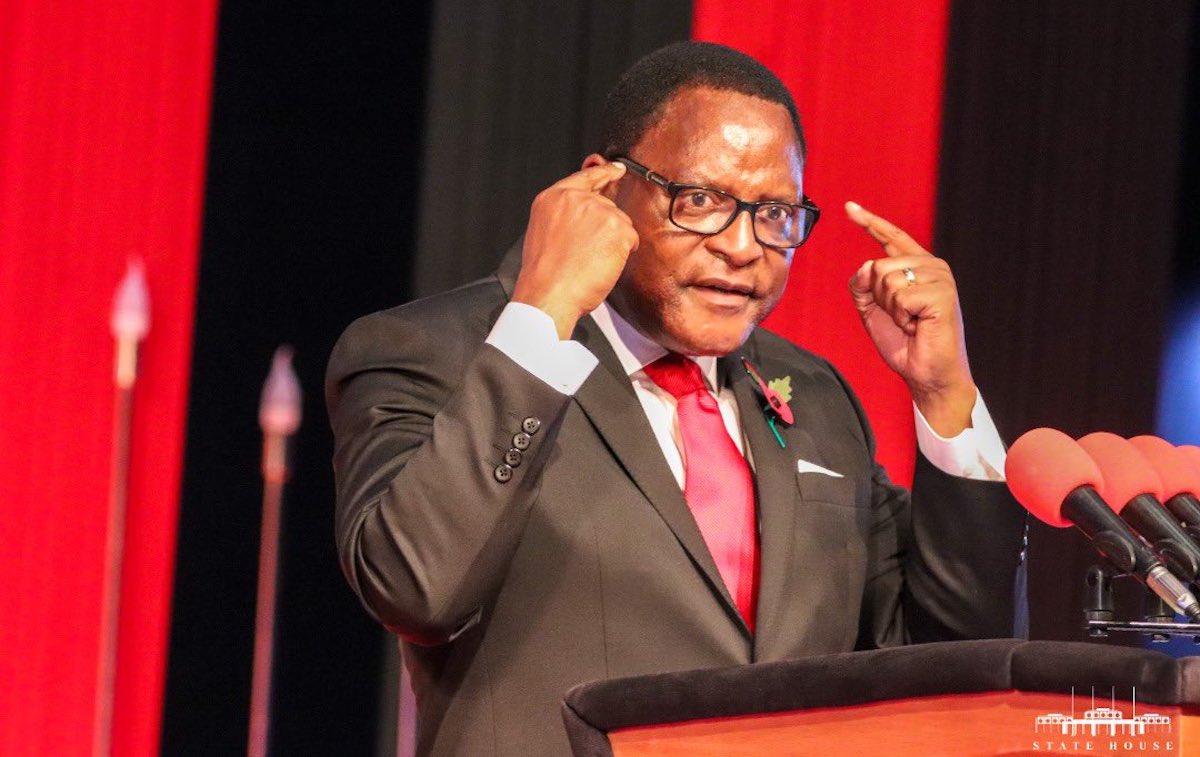 On March 31, a prominent Malawian Media, advocacy and communications Specialist Idriss Ali Nassah made a viral post on Twitter, commenting on a dodgy mining deal signed between the Malawian government and an Australian mining company.  Ali Nassah wrote:

“Malawi has signed a deal with an Australian mining company, which is projected to earn the company about $900 million over 15 years. Malawi will be paid $45 million over the same period in royalties. To public outcry, Malawi govt says there is nothing wrong with the deal.”

At the writing of this article, the tweet has been shared 1000 times with nearly 2000 impressions. The tweet narrates an often-cited criticism of African governments: the propensity to walk into the negotiation table blindfolded and sign oppressive deals with foreign governments and companies. The lack of transparency and accountability in the administration of mining licenses deny the country the resources it needs to advance its development objectives.

Malawi has vast mineral wealth located across the country; from diamond, gold, coal, iron, limestone, graphite, titanium, uranium, bauxite, and gemstones such as rubies, sapphires, and emeralds. Yet despite the potential of the mining sector as an engine for growth and prosperity, Malawi remains one of the poorest countries in the world.

According to the World Bank, the national poverty rate only decreased slightly from 51.5% in 2015/16 to 50.7% in 2019/20. The country continues to experience low economic growth rates, which rose to 2.4% in 2021 from 0.8% in 2020. Projections indicate that growth will be subdued in 2022, in the face of rising inflation and food prices. Weak revenue performance is expected to widen the fiscal deficit to 9.1% of GDP in FY21/22 amidst rising government expenditure and debt vulnerability.

Over the past two years, there has been a change in the valence of opinion on the performance of the government in the mining sector. When President Lazarus Chakwera, a man of God, took over the governance of the country in June 2020, he announced plans to reform the mining sector by cracking down on illegal mining and mineral smuggling.

Unethical commercial transactions by multinational companies make up a massive 60% to 65% of the illicit outflow of the continent’s wealth.

In a national television address on 2 May 2021 the President reiterated that even though Malawi has vast mineral wealth, the country has been unable to tap its potential for economic growth due to exploitation by foreigners and local miners operating in an unregulated environment. Giving an example of the uranium mining activities in Kayelekera in Northern Malawi where Australian company Paladin Africa owns the rights, he said:

“Although the Kayelekera sandstone uranium deposit was discovered during Malawi’s first presidency in 1982, six presidencies later our country has nothing developmental to show for it, not even in the Kayelekera community itself.”

The government has issued over 250 mining licenses, but the country had little to show for it.

Mining in Malawi is regulated by the Mines and Minerals Act (MMA), 2018 and associated regulations. MMA replaced the Mines and Minerals Act, Cap 61:01 of the Laws of Malawi. MMA was developed to offer a modern legislative and regulatory framework to govern the development of mineral resources through adherence to sustainable development principles, to promote the country’s economic growth, protect and improve the welfare of the citizens of Malawi, and provide an attractive and conducive environment for investment in the mining sector.

The law vests the administration of the sector on the Mineral Resources Committee, which is composed of the Commissioner for Mines; Secretaries responsible for mining, local government, and water; Secretary to the Treasury; Director of Environment Affairs; Director of Geological Survey; Director for Parks and Wildlife; Director for Forestry; Inspector General of the Malawi Police Services; and Solicitor General.

A woman selling fruit at Mitundu Market, Lilongwe, Malawi. Poverty in Malawi has been at critical levels for decades. Illegal mineral outflows and opaque deals rob the country of much-needed revenue that should go to its development. Photo credit: IFPRI/Twitter/CC BY-NC-ND 2.0/

All these are government appointees and their commitment to advancing the objectives of the mining legislation mirrors the presidency of the day. For instance, the government through the Ministry of Mining and the Public Sector Reforms programme, has stepped up efforts to tackle corruption in the administration of mining licenses. In 2020, the ministry discovered over 72 licenses had been issued but evaluation failed to yield evidence of any substantial work by licensed companies.

In 2020, the ministry discovered over 72 licenses had been issued but evaluation failed to yield evidence of any substantial work by licensed companies

In 2021, Welani Chilenga, the chair of the Natural Resources Committee in Malawi Parliament, talking to a local radio station, noted that the problem with the mining sector is not the lack of laws.

“As a country we have a very strong Mines and Minerals Act,” he said. “Implementation is not taking place. If the act was implemented illegal mining would not have been there. We mine all over. We don’t have to regularize illegal mining. We should have contained according to the law. So, the government is failing to implement the existing laws which parliament passed is the biggest problem.”

Transparency in the Mining Sector

Despite contacting various sources to determine the veracity of Idriss A Nassah’s tweet of the lucrative mining contract awarded to an Australian company. Details of the contract remain scanty and inaccessible.

The inability to access the details of mining contracts is not a new thing. Journalist Lolani Mtonga, writing for the Nyasa Times, has on many occasions decried the state of mining in the country and described the plunder of mineral resources by foreign investors with the help of greedy and unpatriotic Malawians.

The journalist has intimated in the past of a phenomenon where some foreign investors export minerals illegally under the guise of sending samples for evaluation in their own countries for many years. The lack of control permits the stealing of minerals under the watch of the government. There have also been reports of Chinese nationals extracting minerals in places such as Hulahaunda in Mzimba district using licenses not awarded to them by the government.

The Human Rights Watch has tracked the consequences of unregulated mining in Malawi for decades. The 2016 HWR report, detailed the harrowing devastation of coal mining on local communities. When the villages first saw the massive trucks and a company with a government mining license descend on their land, they were awash with hope of job opportunities, healthcare infrastructure, clean drinking water supply, and the expanded list of promises that accompanies every mining license. This was how Eland Coal Mining Company descended in Mwabulambo in Karonga District in 2008. The community was hoodwinked and relocated from their homes and farms at a compensation of only 50,000 Malawian Kwachas (approximately US$ 150 at the time), an amount that could neither buy alternative land nor build a house. By 2015 when both the government and company left Mwabulambo, in the words of the HRW report, “they destroyed everything.”

The story of Mwabulambo is not an exception; it is the norm. The government and private companies have for decades hoodwinked the citizenry with promises of creating jobs, improving residents’ livelihoods, and provision of water, health care, education, and infrastructure, every time a mining license is issued. In the absence of strong mining policies, legal standards and safeguards, lack of government oversight, and lack of information to local communities; the exploitation of minerals by licensed foreign companies violates the rights of communities, destroys the environment, and devalues the potential of the country’s extractive industries.

The exploitation of minerals by licensed foreign companies violates the rights of communities, destroys the environment, and devalues the potential of the country’s extractive industries

HRW reported that companies such as Paladin Africa Limited (Paladin), Eland Coal Mining Company, Malcoal, and others holding mining licenses have failed to deliver on their promises, neither do these companies monitor the environmental impact of their mining activities and publish their monitoring results as required by law. These companies are, in unvarnished terms, stealing Malawi’s mineral resources.

Calls for mining contracts to be made available to the public as a way of upholding high standards of transparency and accountability continue to fall on deaf years, despite the existence of the Access to Information Act which sought to empower citizens to access information about companies doing business with the state. The Malawian government The government must conduct due diligence of the companies or individuals that apply for licences or seek to partner with government. There is also need for the country to improve policies and strengthen transparency and accountability measures in the mining sector to expose opaque deals, fight corruption, and smuggling in the mining sector.

The war in Ukraine: Africa risks paying a heavy price for neutrality

The bad, dangerous and ugly days of “Nairoberry” are back