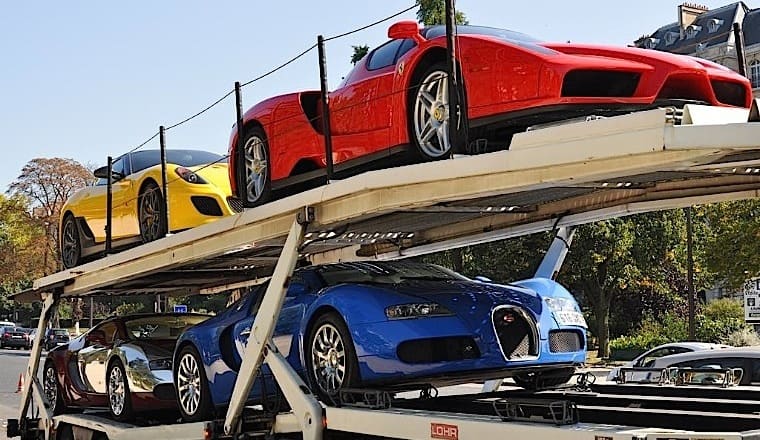 The stark contrast between Equatorial Guinea’s vast resource wealth, and its extreme levels of poverty and inequality is a result of a total failure of governance, said the Institute for Security Studies on last week.

Since the start of oil production in the mid-nineties, Equatorial Guinea has become Africa’s wealthiest nation on a per-capita basis (USD 29,940 in 2013; for comparison, South Africa’s is $7,336, Nigeria’s $3,000) and the third-largest oil producing country in sub-Saharan Africa. But it is also one of the most corrupt and least transparent; and has one of the widest gaps between wealth and human development.

‘This is a situation that is unlikely to change while the Obiang political dynasty rules this oil-rich country’ said Stephanie Wolters, reflecting on discussions at an ISS seminar a couple of weeks ago on prospects for Equatorial Guinea. Wolters is head of the Conflict Prevention and Risk Analysis division at the ISS. Presidential family members… occupy all strategic positions in government

At the helm of one of the most corrupt and repressive governments in the world, President Teodoro Obiang Nguema has positioned himself as a philanthropist through donations to African and international charities, and hosting high-profile events such as African Union (AU) summits.

His son Teodorin is widely expected to take his father’s place after the 2015/6 presidential elections, bringing to an end the reign of one of the world’s longest serving heads of state. Presidential family members, and members of the president’s ethnic clan, occupy all strategic positions in government, including key ministries and state enterprises.

Using their political power, these individuals establish companies or serve on the boards of multinationals that extract oil, market timber, or build major infrastructure projects. State funds that should be used to improve the lives of Equatoguineans are then diverted to buy beachfront villas, private jets, and exotic sports cars.

Inside the country, hundreds of millions of dollars in state revenues are wasted on ‘prestige projects’ – costly infrastructure projects intended to show that the government is reinvesting oil revenues in the country. One example is the $830 million luxury conference and golf resort in Sipopo, built to host the 2011 AU Summit.

Along the waterfront. Since the discovery of oil in the mid 1990s, Equatorial Guinea has been changing at a rapid rate. The government has been implementing a plan called Horizon 2020, the goal of which is to transform the country into an emerging nation. However, while young are optimistic about their future, and lives of ordinary people is improving thanks to government-backed infrastructural changes, the gap between the rich and poor remains one of the widest in Africa.

‘These prestige infrastructure projects are a money laundering scheme in which construction companies owned by the presidential family present inflated budgets to the state – there are no bidding or procurement processes’, said Tutu Alicante, Executive Director of EG Justice, and keynote speaker at the ISS seminar.

‘These proposals are swiftly approved, and millions of “clean” dollars end up in private bank accounts belonging to the presidential family. The cases filed by the US Department of Justice against the properties of Teodorin in the US, extensively document this corruption scheme,’ said Alicante.

Meanwhile, freedom of association and assembly remain a serious challenge in Equatorial Guinea, and the government imposes severe restrictions on the registration and operation of local NGOs. The government also characterises organisations that criticise Obiang’s rule from abroad – for example EG Justice, Human Rights Watch, Amnesty International, and the Open Society Foundations – as racist, colonialist, or ‘enemies’ of the state.

This article was first published by the Institute for Security Studies, and is republished here with the permission of the Institute.

Related Topics:InequalitySouth Africa
Up Next

Africans are NOT ashamed to kiss