World Refugees Day: Peace Is The Only Way
Advertisement 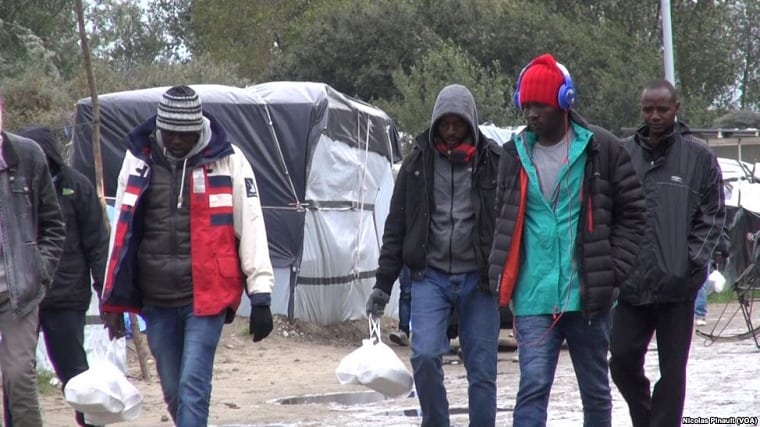 Not being able to live in one’s own home country because of disturbances such as violence and natural disasters can be an emotionally and socially disturbing issue. As we commemorate World Refugees Day today, let us think of the millions of Africans who have fled their respective countries and beloved continent hoping to secure a better life for themselves and their families. How can we avoid displacements when conflicts are the order of the day?

The United Nations Refugee Agency (UNHCR) reports that Sub-Saharan Africa hosts more than 26 per cent of the world’s refugee population. On its website, the agency says over 18 million people in this region are of concern to UNHCR. This number continues to increase owing to the ongoing crises in the Central African Republic (CAR), Nigeria and South Sudan. It has also grown as a result of new conflicts erupting in Burundi and Yemen.

A refugee as defined by the UN, is someone who fled his or her home and country owing to “a well-founded fear of persecution because of his/her race, religion, nationality, membership in a particular social group, or political opinion”, according to the United Nations 1951 Refugee Convention. Many refugees are in exile to escape the effects of natural or human-made disasters.

On World Refugee Day, held every year on June 20th, we commemorate the strength, courage and perseverance of millions of refugees.

South Sudan is considered to be the world’s fastest growing refugee crisis. In an annual report released by the UNHCR on Monday it was revealed that 1.4 million people have been forced to flee the country while an additional 1.9 million people are living as internally displaced persons (IDPs). The Global Trends Report 2017 from the UN High Commissioner for Refugees counted the South Sudanese among the 65.6 million people who were forcibly displaced in 2016, the highest number recorded in the over 70 years history of the UNHCR. This makes for sad reading and shows how the conflict in the country has affected the lives of these people.

Demonstration against the expulsion of illegal invaders and their families from Israel, in Neve Sha’anan, Tel Aviv, 1.8.2009
Credit: Roi Boshi

Some countries with the highest displaced populations also include Nigeria, Eritrea, Burundi, Somalia and the Democratic republic of Congo. Although the economies of most African countries make it difficult to host refugees, countries like Uganda, Kenya, South Africa and Ethiopia have been welcoming despite some of the challenges that come with this.

A 2016 study by the World Bank titled ‘An Assessment of Uganda’s Progressive Approach to Refugee Management’ showed that Uganda hosts refugees from 13 countries, among them , Pakistan, Chad, Central African Republic, Somalia, Eritrea and Ethiopia. The country is estimated to have a total population of refugees and asylum seekers in the country at slightly over one million.

While often when we think about refugees our minds are laden with images of boats in the Mediterranean with people fleeing from countries such as Eritrea, Libya or Syria our South African counterparts seemingly host a high number of refugees. The country reportedly has over 100 000 recognised refugees and over one million asylum seekers whose cases have not been resolved. This goes to show how people continue to flee for their lives each day and why ensuring action for the betterment of refugees’ lives is critical.

The fact that globally, only half of refugee children attend primary school and the figure drops to 22% for secondary school, should be worrying and an indication that we are failing as a globe to put our all in ensuring support for refugees. The UN Refugee Agency launched the #WithRefugees petition in June 2016 to send a message to governments that they must work together and do their fair share for refugees, sadly not all governments have been welcoming.

Ending conflicts and being ready for natural disasters that cause the displacement of people is important, however as an immediate recourse, increasing funding commitments to refugee situations by countries can be useful in ensuring that refugees live respectable lives. We need peace on the continent to ensure equal opportunities for the young generations being raised in conflict areas.

Related Topics:ImmigrationInternational day
Up Next

Nigerian churches and their role in encouraging patriarchy

Ugandan innovator Leonard Alvin Kabwama to be trained at NASA