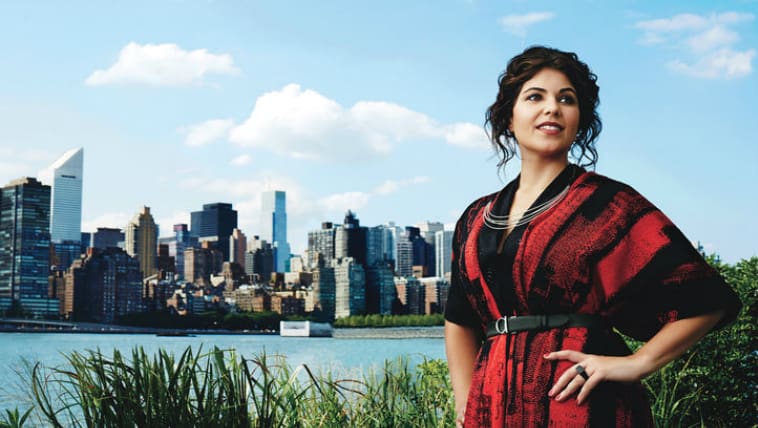 A young white, middle-class woman from California learned on a trip to Kenya that Maasai women were not allowed to become warriors. Apparently, she learned this from a Maasai chief. The woman, Mindy Budgor, was shocked at hearing of such an oppressive culture and decided to become the first woman Maasai warrior in order to save Maasai women from their own culture. Budgor, having apparently succeeded at her mission – let us not dwell on the intricacies of how a white woman can become Maasai or the fact that Budgor took a crash course in becoming a warrior, completing in 15 days an exercise that usually takes years – returned to the United States and published a book titled Warrior Princess: My Quest to Become the First Female Maasai Warrior.

Considering the number of white people who venture into African countries, particularly Kenya, in order to save the natives and in process themselves, Budgor’s story could easily have escaped the notice of the general public. Fortunately, this one didn’t. On the one hand there was the Western media who never seem to tire of these stories of white women thriving in harsh “tribal” conditions, then there was the backlash from African bloggers who have had enough of white people using Africa, African people and African cultures as their playground.

It is hardly a secret that there is no shortage of cultural appropriation when it comes to the Maasai people. Yet Budgor’s labelling of herself as the first female Maasai warrior marks a new, low, and could not have come at a better time, right on the heels of the massive online discussion about how feminism excludes women of colour. The white woman’s burden sees white women using their feminism to liberate their less fortunate “sisters” all over the world, regardless of whether the latter actually need liberating or not, from FEMEN encouraging Muslim women to dump their hijabs in favour of toplessness, completely disregarding the opinions of Muslim women who choose to wear the hijab, to Budgor, who seems to have totally ignored Maasai women in her quest to bring feminism to them.

Several Maasai women have remarked on the foolishness of Budgors’s actions. One comment from a Maasai woman over at Africa Is A Country reads: “I am a Maasai woman (from Kenya) and we have seen these (white) women come and go. We have Maasai women members of parliament, doctors, lawyers, professors, civil servants, teachers, nurses, business owners etc., but of course, we don’t exist in the eyes of fools like this Mindy woman whose sole purpose always appears to be to fetishise Maasai men (our sons, brothers, fathers and husbands) in one way or another. How many books are going to be written by white women about how they came and fell in love with a Maasai man, gave up everything for him, helped poor ignorant Maasai women, taught Maasai men how to behave etc, etc. We are sooooo fed up!” Another Maasai woman was disgusted by the white saviour aspect of Budgor’s mission, the cultural insensitivity, and the insult to Maasai women and Maasai culture in general. In addition, the fact that Budgor is making money off this insult puts her in a space not too far from that occupied by the white colonialists and slave traders who similarly just came to Africa to take and enrich themselves. To end her dissection of Budgor’s actions, the second Maasai lady reveals an insight with the question: “why is it so easy for us to sell ourselves like this…if this woman was not a mzungu [white woman] she would never have had this experience let alone write about it. Are we still enslaved in our minds or what?”

It appears the majority of us Africans are indeed still enslaved in our minds. Literally every time I have expressed some discomfort at white women wearing traditional clothes from Nigerian cultures and attempting to dance cultural dances, I have been told to hush and be happy that white people are showing any interest at all in my culture. As if our cultures cannot be whole without a stamp of approval from white people. The reason Africans are still be looking to white people for validation and valuation of their cultures can only be due to the shackles of mental colonialism.

What would have happened if a woman from another African country had attempted to do what Budgor did? Would she have gone far in the process of becoming a warrior? Would any chief have paid her some attention? The truth of the matter is that we Africans tend to give more space to and legitimise white voices than we do our own; we are still seeking to please the white man, prompting Julius N. Timgum of the African Economist to ask “what is it about the white man that breaks us down to the point of submission? Do we have to continue stooping so low by selling our heritage at so cheap a price?” It is hard to know how far a Maasai woman, or an African woman from another country, would have gone in becoming a warrior if she’d tried, and I have no idea how many, if any, African women actually want to become Maasai warriors, but it is necessary to question why Budgor was allowed to go as far as she did. It is important to recognise and confront the way we Africans respond to white privilege.

There is a long history of white people trying to liberate Africa and Africans; this was one of the excuses Europeans used to justify colonialism. Till today we still see versions of the white man’s burden, though not limited to just white men as white women and Westerners of colour fall into this trap, too. We encounter such people who believe it is their duty to help the poor, confused and oppressed/oppressive African “tribal” people. The more sinister truth is that these privileged people are only using their wish to help as an excuse, and are in reality selfishly looking for ways to enrich themselves at the expense of whomever they claim to be helping. This is not unique to Africa; there is a long list of white women being “initiated” into Asian, African and indigenous American cultures. Contrary to some African bloggers who seem to believe that Budgor would not have been able to get away with this brazen appropriation if she had tried it with Native American cultures, white women have appropriated Native American cultures for centuries. The white Australian woman Fiona Graham who travelled to Japan to become a geisha also followed a crash course, taking a year to complete what traditionally takes years to master. Her tale of cultural appropriation ended when the other geisha chased her away from the sisterhood due to her lack of respect for elders, among other things. The eventual rejection is notably similar to Mindy’s, who was lunged at with a spear by her “fellow” Maasai warriors who felt that she did not belong in their circle.

Fiona Graham said the Asakusa Geisha Society refused her membership as she is a ‘foreigner’. Photo: Ben Robbins/The Australian

White women who appropriate benefit from it, they get published and interviewed. People buy their books and some of these women become the go-to Western authority on whichever foreign culture they plundered. I have met quite a few white British people who seem to believe they can change the world by travelling to Kenya to play with children, and maybe having sex with the natives, before returning to their comfortable lives in England. Last year I was (un)fortunate enough to attend an event that I thought was a fundraising for people who were displaced by the post-election violence in Kenya. It was quite a fancy event, held at a beautiful hotel in the English countryside. As the dinner progressed I found myself horror-stricken as it slowly became clear that the fundraiser was actually to sponsor a young, middle class white man to go to Kenya for vague reasons involving work with children. Money was being raised, not for the displaced people but for a white man to go on a “saviour” trip.

To the many white people in African countries using us to make a name for themselves while overshadowing the work of those few who genuinely care and have a clue about what they’re doing, please get over yourselves, and find less insulting ways to feel good about yourselves.

Art Criticism: is the prefix ‘Afro-’ (as in “Afro-futurism”) arresting our imagination and manifesto salesmanship?