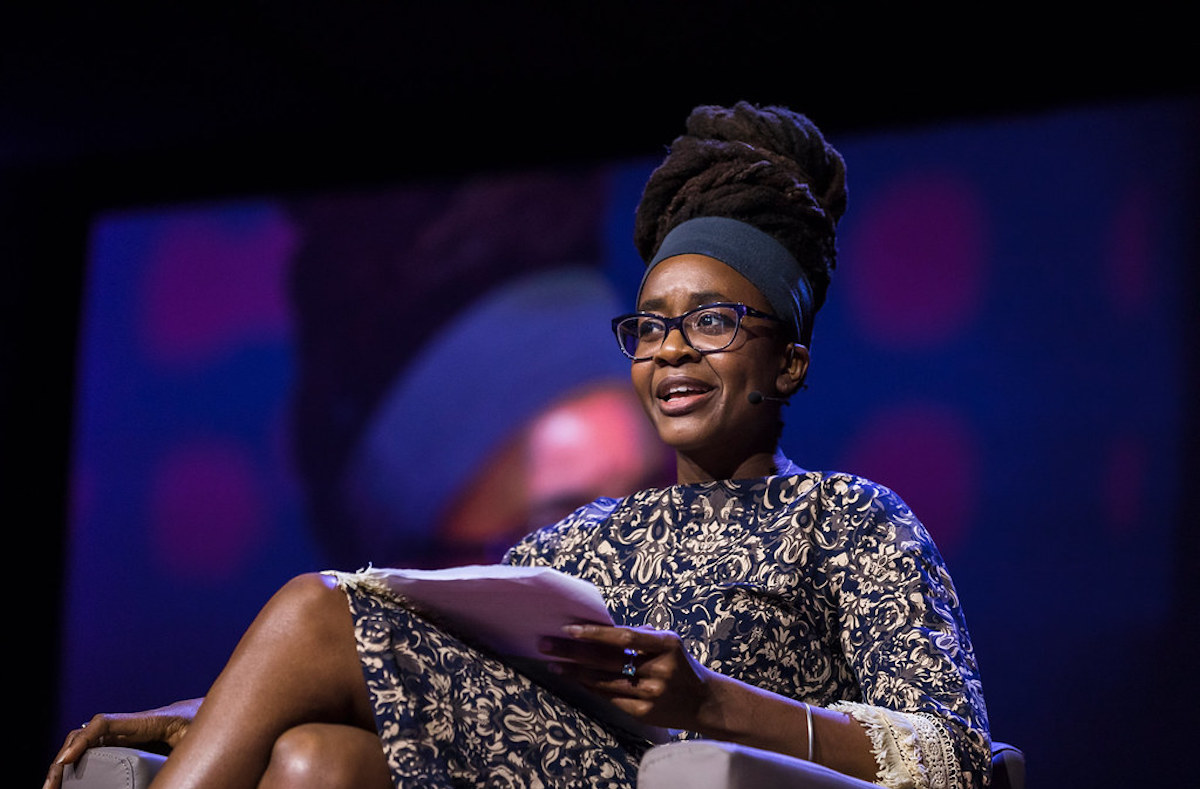 In 2019, Nigerian American writer Nnedi Okorafor coined the term Africanfuturism as a sub-category of science fiction. Clarifying that it is directly rooted in African culture, history, mythology, and a point-of-view that does not privilege or centre the West. Africanfuturism includes science fiction, fantasy, alternate history, horror, and magic realism.

A different author Ytasha L. Womack, in her book titled “Afrofuturism: The World of Black Sci-Fi and Fantasy Culture,” describes the alternate sub-category as an exercise in addressing black diaspora alienation and cultural assimilation in science fiction. “…All a result of the obvious absence of people of Color in the fictitious past/future-that seeds were planted in the imaginations of countless black kids who yearned to see themselves in warp-speed Spaceships too…”

In a nutshell, Africanfuturism is centred in and about Africa and her people, while Afrofuturism is a sci-fi sub-category that is about “Black people within the diaspora,” often including stories of those outside Africa, sometimes in “colonised Western societies.”

Why does the distinction matter?

The prefix “Afro” is generally used to describe anyone racially black, and anything made by someone racially black. But race alone does not account for the numerous ethnic distinctions and histories of black people. So, at its base, Afrofuturism is a reductive definition of Black Art and is a generic label for describing Black futurist work. On the creative side, Afro-futurists tend to subconsciously imprint their diasporic paradigm and origins onto their work. They root themselves in the established Science Fiction narratives and landscapes.

At its base, Afrofuturism is a reductive definition of Black Art and is a generic label for describing Black futurist work

Not to mean that African people are a monolith either, but there are cultural, historic, and systemic similarities that unite us. Additionally, living on a continent where blackness is the norm, not the exception, and intricate ancestry and tradition dictate daily life, provides a unique point of view that varies from Africans in the diaspora.

This point of view when channelled into literature and cinematography births worlds that transcend time, suspend belief, and go beyond established frameworks but are still rooted in African tradition, religion, mysticism, folklore, and mythology.

It is Nnedi Okorafor using the very real history of weaponised rape in South Sudan as the foundation of her book “Who fears death” to weave a world in which a ‘light baby’ from whom violence is expected, reorders and rewrites the future of her land. In the book, there’s also a focus on Nsibidi, a system of ideographic writing that originated in West Africa as early as the 15th century. It was used to communicate across language barriers and cultural boundaries because of its expansive collection of pictographic and abstract signs.

She told Brittle Paper that, “Nsibidi is a secret and often mystical ideographic writing system created in what is now called south-eastern Nigeria. It is the only West African writing system that is not influenced by hieroglyphics or anything Roman, Latin, or Arabic. It is truly deeply only West African. It’s used by the Leopard societies of Nigeria (yes, they are real).”

To pay homage to this distinctively African linguistic marvel, she has an Nsibidi Scripts Series with three titles: Akata Woman, Akata Warrior, Akata Witch, and a related title The Scenic Route.

Africanfuturism is spelled as one word (not two), no hyphen and the “f” is not capitalized. It is one word so that the concepts of Africa and futurism cannot be separated

She is one example of the authors paying homage to “what has been” and presents “what is and can/will be”. Through it, the reader can experience optimistic visions of the future or alternate futures rooted in Africa and crafted by writers of African descent.

In her definition of Africanfuturism, she also introduces ‘African-jujuism’ a sub-category of fantasy that “respectfully acknowledges the seamless blend of true existing African spiritualities and cosmologies with the imaginative.”

Finishing off her distinction, she strongly details that “Africanfuturism is spelled as one word (not two), no hyphen and the “f” is not capitalized. It is one word so that the concepts of Africa and futurism cannot be separated (or replaced with something else) because they both blend to create something new. As one word, it is one thing, and no one can change the subject without starting a different conversation.”