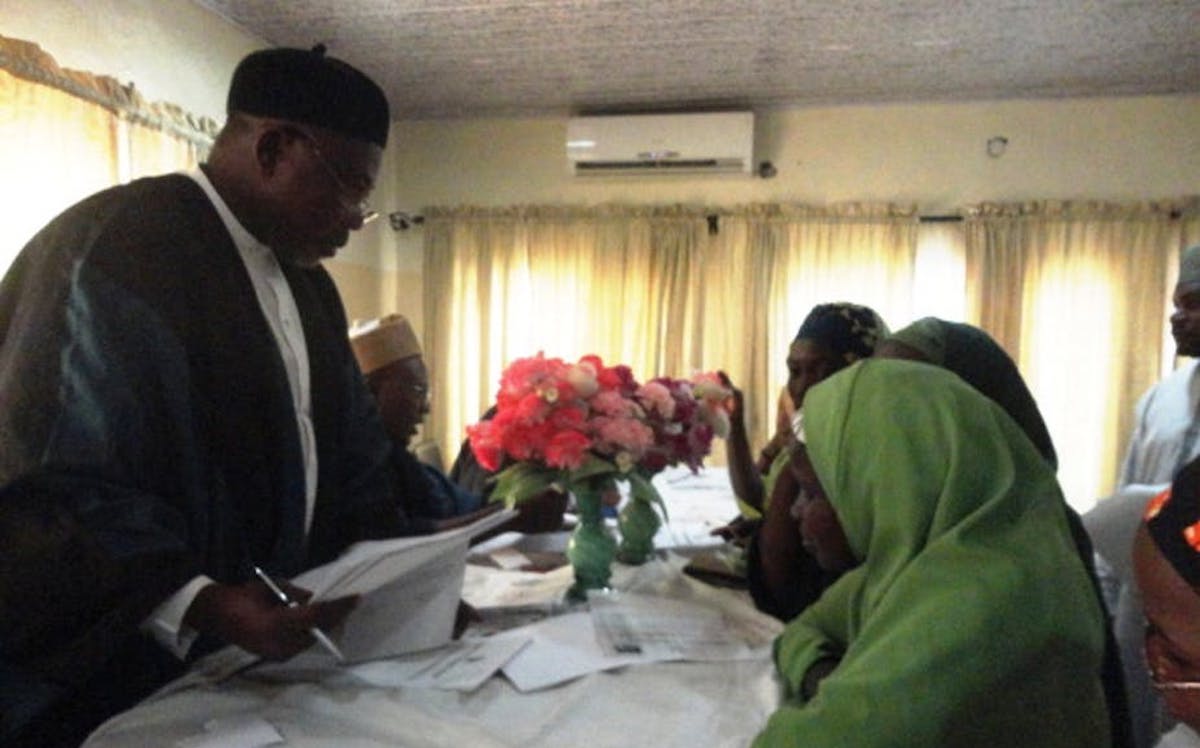 Nigeria is home to about 15 million of the world’s 258 million widows. Widowhood in an ethnically and religiously diverse country like Nigeria, with three major ethnic groups and over 250 minorities, is complex.

Widowhood is a period when a person has lost his or her spouse by death and has remained unmarried. The state of widowhood has multiple intersecting elements – social, cultural, economic, and even historical.

This period of life comes with challenges, a reality which led the UN to set aside a day every year (23 June) to look at the rights of widows and the issues that affect them.

In patrilineal and patriarchal societies, including Nigeria, descent is traced through males, with systems controlled and dominated by men. In such societies, women are expected to be subservient. Becoming a widow often compounds the disadvantages. It creates a doubly marginalised subgroup and sometimes subjects women to dehumanising rituals and harmful practices.

In my studies of marginal groups in Nigeria, I explored how being a woman intersects with other socioeconomic realities, exposing them to multiple disadvantages.

These studies found that women suffer social, economic, and health constraints. These are compounded by low literacy levels, cultural beliefs and rituals.

Burdens of widowhood in Nigeria

In Nigeria, widowhood comes with a lot of burdens and disadvantages. These include maltreatment, discrimination and stigmatisation.

Tradition, modernity and neo-patriarchy all present challenges to Nigerian women.

Some traditions barred women from inheriting land and property. Upon the death of a husband, the widow lost all she had acquired by herself and from her husband. She would be traditionally dehumanised through compulsory mourning rituals like forced seclusion.

The impact of this on children and the widow’s livelihood, psyche and health were not considered. Practices included widow inheritance, when a woman was expected to voluntarily or compulsorily marry her late husband’s brother or relative.

In some Nigerian cultures, widowhood automatically made a woman “unclean” and required “ritual cleansing”. She would be confined within a particular space for a specified period, forced to eat from broken plates and sleep on the bare floor. She would not be allowed to bath. She would be prevented from changing her clothes and from farming, doing house chores and going to market during the mourning period.

A widow’s choice of a sex partner was not respected. Thus, her sexuality and reproduction were controlled in a social framework of gender inequality. Her emotional, health and psychological needs were disregarded.

In some southern Nigerian communities, widows accused of killing their husbands were forced to drink or bath with water used to wash the husband’s corpse. Some were forced to have sex with the corpse or kinsmen.

In the 1970s, feminists became more active in empowering women in Nigeria. Some of these traditions are no longer commonly practised, with the advent of Christianity and human rights movements.

In 21st century Nigeria, a widow’s right to inherit from her husband is recognised by statutory law. But it’s seen as normal for the widow’s in-laws to demand the husband’s cheque book, bank pin number and account details.

In some southern Nigerian communities, widows are not consulted when matters concerning them and their children are discussed by their in-laws. Widows and women alike are excluded from discussions about allocating land.

Traditions can be slow to change. In 2013, Catholics in eastern Nigeria insisted that women must pour soil from the grave on their husband’s coffin, but some people opposed this Christian ritual, insisting that it was not culturally permissible.

In northern Nigeria where polygamy is the norm, remarried widows occupy a “lower wives” status in the family.

In almost all parts of Nigeria, socio-cultural expectations still demand that widows wear special robes (white or dark dresses) and shave their hair throughout the period of mourning.

Not everybody sees widows’ maltreatment as a violation of human rights. The husband’s family, kinsmen, and local women’s or fellow wives’ associations may all enforce harmful widowhood practices. This is because they are entrenched in culture.

Widows are also treated differently from widowers. Men tend to be free from demeaning social expectations. For instance, in eastern Nigeria, some widowers voluntarily mourn their late wives, but it’s not compulsory. They are permitted to keep beards and don’t have to wear mourning dress. Widowers are not monitored and can remarry immediately. Some mourn for just short periods, while women compulsorily mourn for longer periods under strict surveillance.

Law making and policy formulation are dominated by men in Nigeria. Legislation is influenced by male values, lenses, worldviews and privileges. Women constitute only 11.2% of the membership in both chambers of the 9th National Assembly. Seven women are in the Senate while only 11 are in the House of Representatives. Most bills are scrutinised from the male point of view. Therefore, eliminating harmful widowhood practices will be a challenge for a long time in Nigeria.

But in my view, all gender-based violence disguised as “culture” and “ritual” must be proscribed. Widows have needs and rights which demand a change in the relationships of power and control between men and women.

For a start, men can protect their wives and children by writing a will.

Kinyafranglais: how Rwanda became a melting pot of official languages