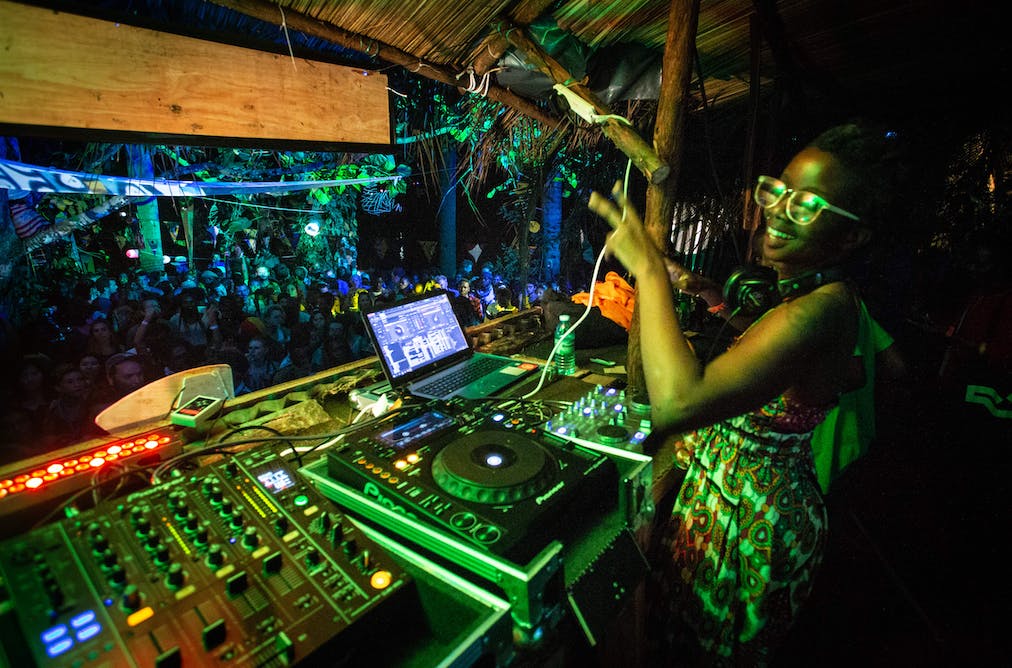 First staged in 2015, the globally touted Nyege Nyege Festival in Uganda is a four-day dance party and a major tourism drawcard that caters to lovers of electronic dance music. After a three-year break due to COVID-19, the 2022 festival is taking place from 15-18 September in Uganda. Over 300 deejays and performers will participate across seven stages, with 10,000 revellers expected to attend. But Nyege Nyege nearly didn’t happen. Uganda’s parliament banned it – and not for the first time – on the grounds that it promotes “sexual immorality”. Eventually the prime minister gave it the go-ahead. Tourism lecturer Amos Ochieng has studied the festival and explains its ongoing dilemma.

Why is Nyege Nyege so controversial?

The festival promotes electronic dance music and was established by promoters Arlen Dilsizian and Derek Debru to meet the demand among young Ugandans for all-night dance partying. Even though Nyege Nyege is promoting the theme of environmental conservation and inclusivity this year, it has been the subject of moral outrage and heated debate. The controversy has a lot to do with its name – Nyege Nyege – and the choice of a large new location at the banks of the Nile river, at Itanda Falls, a venue reportedly five times larger than before.

During a recent parliamentary session a member of parliament ardently argued for its cancellation. Parliamentarians, religious and opinion leaders, human rights activists and some government officials have publicly questioned the integrity of the event. They believe it is a breeding ground for sexual immorality. The Speaker of the Ugandan parliament declared it banned just over a week before it was to be held.

Controversially, in just less than 24 hours, an emergency meeting chaired by the prime minister cleared the event to take place. She argued that it was too late to cancel as thousands of tourists were expected for the festival. A banning would cause financial losses. She assured the public that the event would take place under strict guidelines, including no underage guests and no nudity.

The roots of the resistance to the festival lie in the fact that Uganda is a conservative country with a strong position of Christian morality and a wish to preserve “traditional values”. Homosexuality, for example, is outlawed in the country under a law inherited from the British during the colonial period. The Sexual Offences Bill of 2021 criminalises same-sex relations, sex work and a range of other offences.

In 2018, the Nyege Nyege Festival was cancelled by Uganda’s ethics and integrity minister on moral grounds but was later cleared to continue. This could be seen as part of government’s commitment to turn Ugandan music and local entertainment into economic goods forming a core part of the creative tourism industry segment. After all, the production of specialised music has a cohesive role in creating local identities and touristic images and products. These can be promoted and marketed to diversify Uganda’s tourism product base.

The key challenge, though, is that these controversies only mirror the lack of coordination between government departments and agencies. This is the seventh edition of the event. Why should responsible authorities wait until just a few days to the event before raising concerns? If the event can potentially destroy cultures, why not come up with a clear policy and ban it completely or modify it? There is an urgent need for Uganda to develop regulatory guidelines instead of being reactionary.

What role does the festival play for tourism?

Music and dance are a growing part of the creative tourism industry. Like other festivals and cultural displays they are part of the everyday spaces of leisure, a source of artistic expression and audience pleasure.

Regarding the current controversy, I would think that organisers and enthusiasts are actually loving it. There are indications that they are getting free publicity in mainstream and social media. The ping-pong game by the government appears to create increased curiosity and the #NyegeNyege hashtag has been trending on social platforms. Uganda has one of the youngest populations in the world and young Ugandans are strongly influenced by social media.

Allowing Nyege Nyege to continue also reflects Uganda’s preparedness to handle large numbers of tourists in the aftermath of the COVID-19 pandemic. The event will provide opportunities for the sale of locally produced materials for improved local livelihoods. As an opportunity for cross-cultural interactions, Ugandan cultures could feature prominently.

The electronic dance music community is a new niche with enthusiastic promoters recruiting new members to build a like-minded community. This community boasts diverse audiences with diverse artistic tastes and consists of smaller (local, translocal or virtual) groups of musicians, fans, promoters and the like.

So the festival is a growing leisure activity in Uganda with a moral dilemma.

What is the future for an event like Nyege Nyege?

Uganda, with its strong religious and cultural foundation, will continue to challenge the promotion of Nyege Nyege.

Local music articulates issues around identity, conformity, performance, status, community, subculture, high culture, technology, power relations, education, place and space. How best can all these aspects be integrated to embrace the electronic dance music community for a sustainable tourism industry in Uganda – while still preserving the sanctity of cultural values?

The government departments and agencies responsible for tourism should work with the organisers to draw the best alternatives to promote and conduct the event, and still preserve our cultures. Unless they do, I expect that the event will continue to receive backlash.

Women behind the decks: The rise of South Africa’s female Amapiano DJs