When Dadepo Aderemi, a Nigerian born software engineer moved to the Netherlands close to a decade ago, it took him only months before he started missing all the Nigerian dishes he grew up eating and loving. Unfortunately for him, Nigerian or African restaurants were hard to come by in the Netherlands, but even if there were not, eating out of restaurants was never going to be a sustainable way of feeding. The only option left was for him to try and make the dishes himself, but up until then, he has always relied on people around him: from grandmas, to mum, aunts and sisters to be versed in the skilled arts of cooking the Nigerian meals he loves. Now, being far away in a foreign country he was suddenly left to his own devices.

After countless skype and whatsApp video sessions with folks from home, he was able to pick up some of his favourite recipes and learn how to make them. Then he discovered the myriad of people sharing cooking videos on Youtube and instagram which has been his saving grace till date. Even though he found a way to finally reconnect and learn how to cook some of the Nigerian dishes he loves he could not help but notice that it was quite harder than necessary. There was no well known platform to find Nigerian and African recipes online. Shouldn’t there be a platform that makes it easy for people who want to connect or reconnect to the taste of Africa?

There are millions of Africans exploring opportunities by moving to other regions of the world yearly. There are millions of people living across North America, Europe and Asia, whose parents or grandparents migrated from Africa. The African diaspora population is also huge and not limited to the Americas, Europe or Aisia but also includes the Caribbean. Even though Africans or those of African descent in these places might not be in Africa, there is always that desire to connect to the motherland. And one of the ways this is done is via the rich cuisines that exist on the continent. 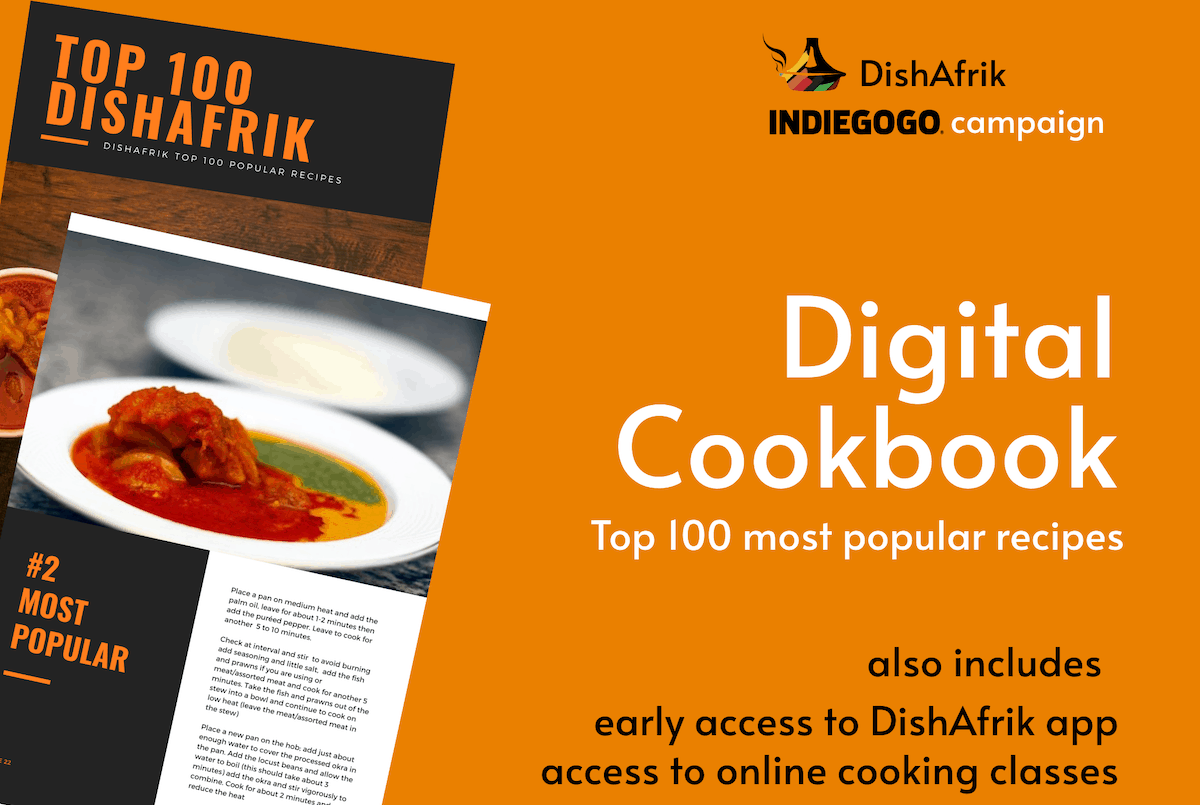 “I think a lot about food, how it connects us through time, across geography. From generations to generations. It tells a story of where we have been, where we are and where we are going” . These were the words of Stephen Satterfield, the host of the Netflix docu-series High on the Hog, which showed how African American Cuisine influenced American cuisine. The first episode of the series started in Benin, Africa: a testament of the connection that could be found between African cuisines and other regions of the world.

Maya Angelou once said “I’m just someone who likes cooking and for whom sharing food is a form of expression”. These might be the words of a poet laureate, but they are words that also ring true for Mary Maamah, a Ghanaian corporate executive based in Accra. Mary grew up in a fishing community so she is very familiar with making and enjoying seafood, another example of how diverse African cuisine is. An interesting observation she has made over the years is how foreigners very much like Ghanaian cuisine. An observation she experienced first hand with the recent [Year of Return campaign] which saw a lot of people with African descent, mostly from the United States of America visiting Ghana for the first time. This made her also appreciate the need out there for reconnecting to the motherland. So when Dadepo reached out to her to build such a platform that focuses on African recipes which will also allow people to connect to the African taste, she was more than willing to join forces. This platform is now DishAfrik.

DishAfrik is a recipe app that focuses on African recipes. It is more than an app though, it is a platform, a community around the African culinary experience. It is a place to connect or reconnect to the African taste. If you ever find yourself missing that favorite dish? or looking to try something new? DishAfrik allows anyone to find that African recipe and how to make it. 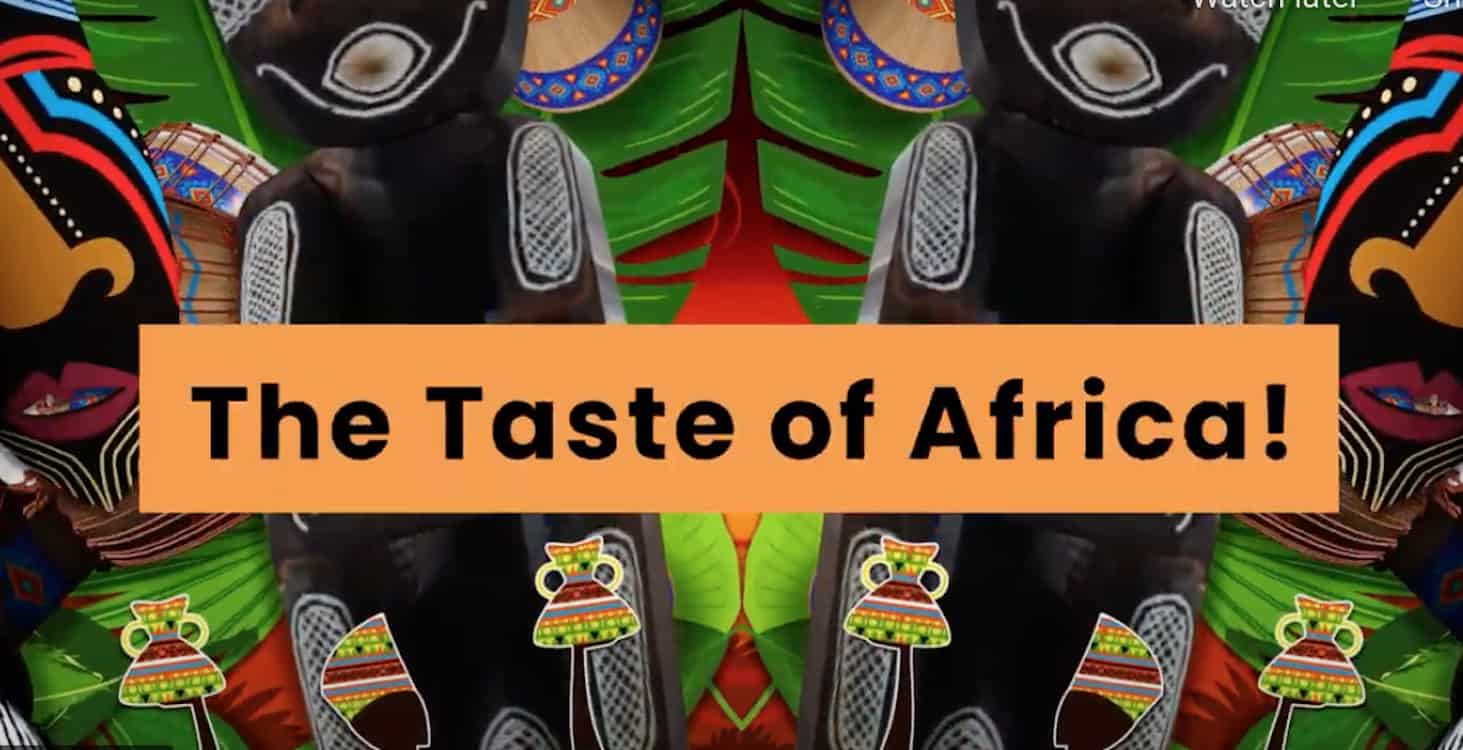 To kickstart the building of DishAfik, an Indiegogo campaign is currently being run. This campaign will raise funds that goes into the development of the app, and as a reward it would allow supporters early access to this culinary experience being built. As is the case with campaigns run on Indiegogo or kickstarter, the promise is the same. Support the project today and you get a front seat in accessing the products or services that are being built. This is no different with the DishAfrik Indiegogo campaign.

First of all, supporters of the campaign would be the first set of people to ever have access to the DishAfrik App. These would allow them the exclusive opportunity of not only being the firsts to have the DishAfrik experience, but also help shape the experience with their feedback.

DishAfrik is also going to be more than an app, but a community of foodies connecting to the motherlands via its cuisines. Supporters of the DishAfrik campaign will get an exclusive chat group access where everything about African cuisine gets discussed. It will be a place to share or learn tips about new African recipes. A digital cookbook will also be made available for the early supporters of the campaign. This cookbook will consist of the top 100 popular recipes on DishAfrik after a year of operation.

There is still more to benefit by supporting the campaign now. Rewards also includes free access to DishAfrik’s online cooking classes; an instructor-led class where participants learn to cook recipes from the DishAfrik app. There would also be an opportunity open to supporters to consult with nutritionists versed in African dietary composition giving an opportunity to learn how to make smart dietary choices to support healthy living. 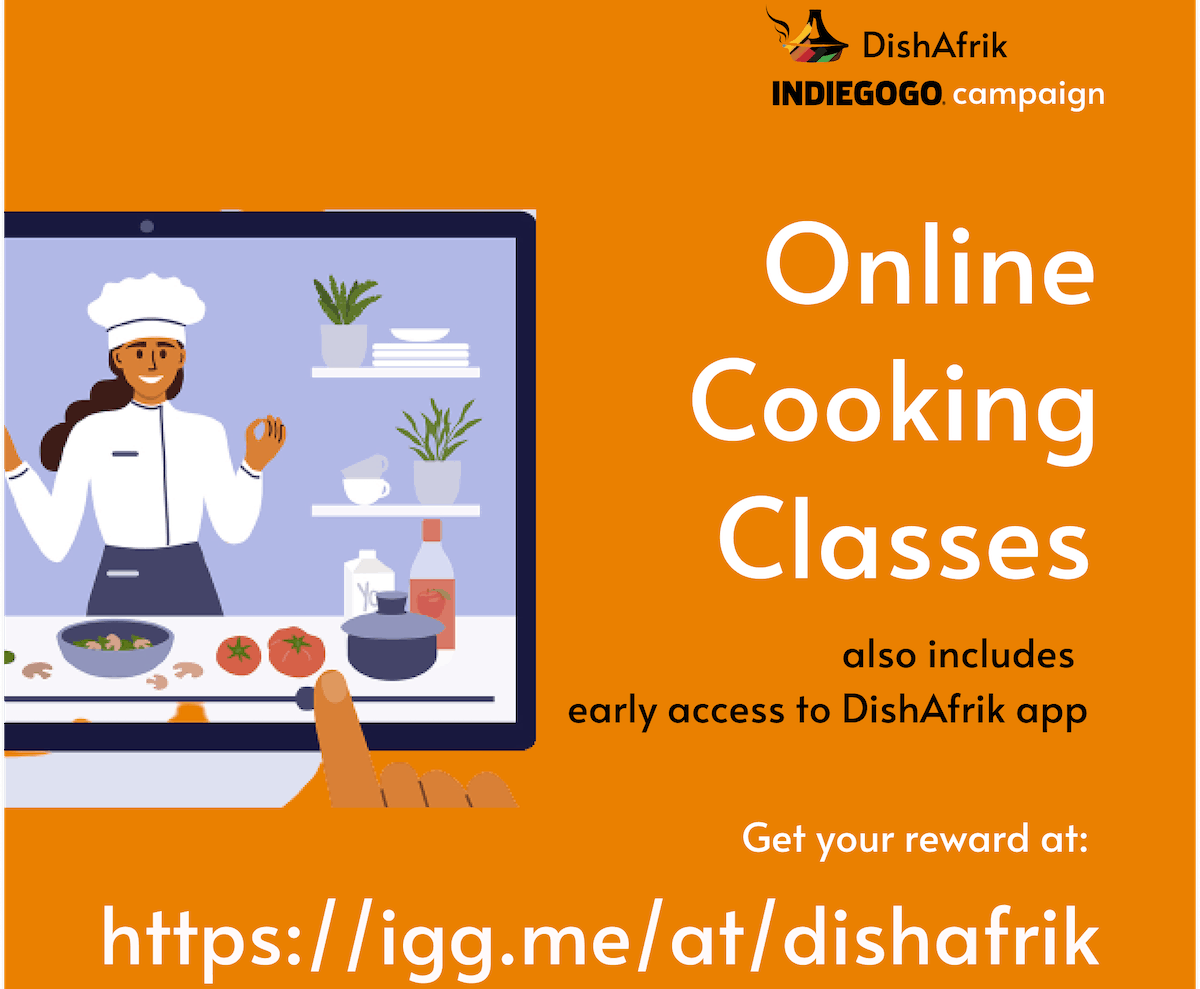 Finally supporters of the project stand the chance of owning one of the 54 limited DishAfrik NFTs that would be minted as part of the rewards. NFT stands for Non-Fungible Token, using blockchain technology it allows for the creation of unique digital things that can be owned. NFTs are common in the digital art world and collectible, with one of the most popular NFT being the First 5000 days, a collage designed by beeple which was sold for $69 million back in March 2021.

The DishAfrik NFT will also be a collage, but it will be made up of 54 pictures of randomly selected dishes from each 54 countries in Africa. The NFT will also include the ingredients and recipes embedded in it. There would only be 54 of these NFTs, a decision that is based on the fact that Africa is currently home to 54 sovereign states. This by the way is the very first time NFTs would be used as part of an Indiegogo campaign.

DishAfrik promises to be the avenue to connect to the rich and diverse cuisine across the continent. Whether you are on the continent or not, DishAfrik would make it such that you never get to miss the taste of the motherland. The ongoing indiegogo campaign now provides an opportunity to to be first in line to get the DishAfrik experience. All that is needed is to support the campaign. To learn more, click here.