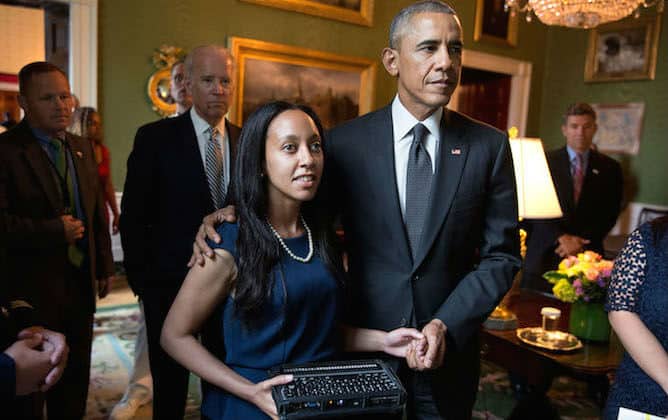 Eritrean-American Haben Girma, who is the first deaf-blind graduate at Harvard Law School’s story is a true inspiration.

Girma’s extraordinary story highlights her courage and determination despite physical challenges, and she is living proof that disability is certainly no barrier to achieving academic excellence.

Girma is an attorney who “advocates for the civil rights of persons with disabilities. A celebrated speaker, she provided the introductory remarks for the 25th Anniversary of the ADA [Americans with Disabilities Act] at the White House”.

Her success has been shared and appreciated by many including her grandmother back in Eritrea. During her introductory remarks at the White House, Girma noted that in Eritrea, “there was simply no chance,” for deaf-blind children to go to school.  Her grandmother had difficulties finding a school in Eritrea for Haben’s older brother, also born deaf-blind.

Girma’s family moved to the United States, where Haben was born deaf-blind but she had access to opportunities afforded by the Americans with Disabilities Act.

The 27 year-old has achieved a lot despite her disability, “For my grandmother back in Africa, my success in law school seemed like magic,” she says.

Girma appreciates the opportunities she has been offered and “the hard won power of the ADA.”