In memory of the unbowed Professor Wangari Maathai
Advertisement 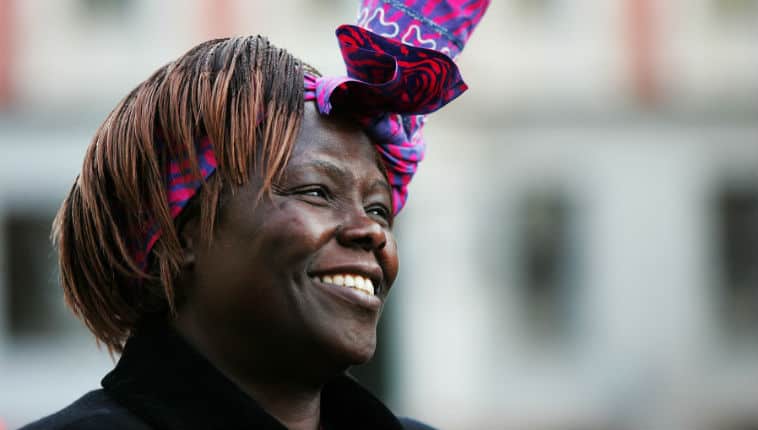 Wangari Maathai was always there with us in our house in Kenya when I was growing up. She was there on our television screens; she was in the morning news on the radio before we went to school; and she was there in our living room as my parents’ and their visitors talked about her courage in animated yet hushed conversations.

She was there unshaken even after Moi called her a crazy woman with insects in her head. A charge that reverberated in parliament as sycophant MPs joined the chorus. She is a badly behaved woman, they said, a divorcee, too; a threat to Kenya’s national security.

Wangari Maathai was there talking to journalists in press interviews and after run-ins with Moi’s hired goons who had taken offence at her graciously kneeling to plant a tree.

She was there, at home with grandmothers out in the villages urging them to plant more trees; equally at home was she when she was dining with world leaders in exclusive locations explaining complex concepts on why addressing climate change was an urgent need.

The grey Monday morning she left us, on September 25, 2011,  signified the mood that enveloped me, Kenyans and the world as we came to terms with the loss of yet another great non-conformist. Her courage to turn her back on old formulas while inventing the future had left an indelible mark in Kenya and the world we live in.

Thomas Sankara, the slain revolutionary President of Burkina Faso, once said, “You cannot carry out fundamental change without a certain amount of madness. In this case, it comes from nonconformity, the courage to turn your back on the old formulas, the courage to invent the future. It took the madmen of yesterday for us to be able to act with extreme clarity today. I want to be one of those madmen. […] We must dare to invent the future.” Wangari was labelled mad, but it was because of her madness that she reinvented our collective future albeit in her small way.

In her memoir, Unbowed, she reveals the difficult choices she was forced to contend with in her personal life as she demanded equal treatment in both her professional and personal life. As the first East African women to obtain a PhD degree in Veterinary anatomy in 1971 at the University of Nairobi, she campaigned for female lectures to be paid the same salaries and given the same housing allowances as their male counterparts.

The struggle was also personal. In 1979 she went through a painful divorce in which her ex-husband Mwangi Mathai told the court that she was “too strong-minded a woman who was not easy to control”. After this case she was jailed for three days for contempt of court for calling the judge incompetent and corrupt. Wangari was too fresh for the conservative Kenyan elite still suffering from the Victorian-era gender norms.

Wangari’s refusal to conform, in her private space, to the tag of a ‘well-behaved woman’ made history and expanded the public sphere for women at national and international levels, in the academy, in politics and in the ecological space, the culmination of which was the Nobel Laureate.

As a feminist, she exemplified the personal is political mantra from her days at the University of Nairobi, the National Council of Women of Kenya, and as a founder of the Green Belt Movement in 1977. In the former role she initiated women’s tree planting campaigns in Kenya in response to the devastating deforestation of Kenya’s forest cover, now less than 2%. As the Green Belt Movement progressed, it began to address issues of democracy and peace, having realised the interconnectedness of their struggles with democratic freedom.

Wangari and the movement she led challenged Moi government’s abuse of power and widespread corruption that often undermined environmental sustainability. These interlinked struggles culminated into a national confrontation with the Moi government. Wangari Maathai had challenged their decision to build the ruling party’s headquarters and other business interests of the political elite Uhuru Park, Nairobi’s largest park. In further defending Kenya’s democratic freedom she joined the elderly mothers of political prisoners who had been jailed by the notorious dictator for demanding political reform. “Wangari supported us,” they said, “she told the world about us… She spoke English for us”, one of the elderly mothers, Mrs Wangu Wamwere, said during an interview about their hunger strike at Uhuru Park.

Moi’s dictatorship ended in 2002, after an overwhelming vote for the opposition and Wangari joined the Mwai Kibaki led government as a Member of Parliament and assistant Minister of Environment. In that portfolio she continued championing for the rights of the marginalised, which led to her relegation to the margins by the new government as it became increasingly conservative and elitist.

In conclusion, the most notable constant that enabled Wangari to soldier on, despite adversity and insulting labels such as ‘mad woman’, is her love for humanity and the environment. “A true revolutionary is guided by a great feeling of love. It is impossible to think of a genuine revolutionary lacking this quality,” Che Guevara said. As she rests in peace somewhere among the humming birds she often talked about, I hope she knows that we are thinking of her today and we are so grateful for the work she did in clearing the bushes for many African women who can now invoke Wangari’s name and find strength in knowing that Wangari did it. We miss your revolutionary spirit, Wangari. Thank you for being you.

From refugee to qualified commercial pilot