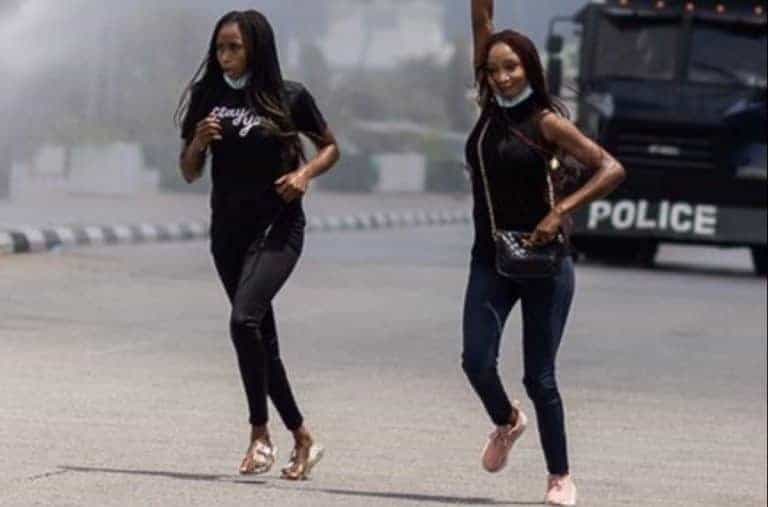 In a country of 180 million people, cut across religion and ethnicity, “Rarely does a generation have the opportunity to lead change as the one handed the youths of Nigeria right now through #SARSMUSTEND. It cuts across the fault lines that divide Nigeria,” tweeted Pastor Sam Adeyemi.

As someone who has observed the political space on the continent, I watched with envy as youths from Togo, Burkina Faso, Mali, Algeria, Egypt, Tunisia and Sudan took to the streets to demand for change from a government led by old men. Getting Nigerians to protest came with its challenges; protest leaders always sold out, and Nigerians always got tired. Most importantly, Nigerians feared dying for nothing. Nigerian musician Burna Boy would capture this in his song Collateral Damage, “My people sef they fear too much/ We fear the thing we no see/ One day all of us go die/ We always get reason to fear/ Fight for your right o you go to fear.”

On October 1, 2020, Nigeria celebrated its 60th independence. The mood in the country was one of anger and cynicism. Social media posts were replete with comparisons of the failure of the country and the perennial leadership problem that has plagued the country since independence. Those in leading the country had been in power since the 80s and the urge for change had been vested in various individuals; in 1993, M.K.O Abiola represented that change. The 1993 elections were annulled by Ibrahim Badamasi Babangida, the former head of state. In 2015, Nigerians invested their hope for change on a former military head of state, 77 year old, General Muhammadu Buhari. He failed.

The unnamed and unrecognized protesters do all the real work…#SARSMUSTEND pic.twitter.com/v1NoGI45w8

It took a while for young Nigerians to eventually realise that the idea of giving a certain individual the task of bringing change actually resided in themselves. This idea or organic change and people power has further shaped the #EndSARS protests. A consistent insistence that the protest has no leaders, and that all protestors are leaders of the protests presents a shift in the understanding of power among the youth. Attempts by some celebrities to be representatives of the #EndSARS movement was met with criticism. In a country whose median age is 17.9 years, a new generation of angry Nigerians who have never experienced good leadership is rising. Social media has given the younger generations a space to voice their concerns. Nigeria, where age determines the level of respect one gets, has been used as a tool to push young people out of leadership in the country. Young Nigerians have consistently been told they have no experience. What young people have equally retorted is that they have no time to waste their lives.

A commonality many Nigerians share is their interaction with the Nigeria Police Force, a public institution that has become an emblem of shame. The Special Anti-Robbery Squad (SARS), which has been accused of killing young Nigerian men and women, tipped the anger of Nigerian youths. An initial three days protests in front of the Lagos State House of Assembly garnered momentum. The campaign #EndSARS trended all over social media. Nigerians, whom many would have classified as keyboard warriors, took to the streets.

To understand the importance of these protests to Nigeria, one must understand that the level of apathy had reached a crescendo and was the norm. Nigerians don’t depend on the government for most of their social amenities. They buy generators to provide their own electricity, they drill their own boreholes and wells to provide their own water, they pay vigilantes for their security. If it was possible to pay for an extra life, Nigerians would, as long as they survived. What these protests thus represented was that young Nigerians had been pushed to the wall and to the limit. For those of us who had consistently asked how low could the bar go, or how further can Nigerians be pushed against the wall, these protests gave that answer.

The National Assembly which houses the highest paid lawmakers in the world has not produced any laws that have been beneficial to young Nigerians. The younger generation has no patience for the antics of the older generation, and these protests have shown just that. With three more years to elections in the country, young Nigerians plan to use this movement to mobilise young people into positions of power. This might be the warning to the older generation who have held onto power. This might also be the moment that would shape Nigeria’s politics for the next few decades.

Related Topics:ActivistNigeriaPoliticsProtestsSocial justiceSocial media
Up Next

Why #ENDSARS protests are different, and what lessons they hold for Nigeria