I Am Samuel is a documentary about life, love, and acceptance, focusing on the struggles of a gay man living in Kenya, a country that criminalises his love. Abigail Arunga sits in conversation with the film’s award winning director Pete Murimi.

I Am Samuel is a documentary about life, love, and acceptance, focusing on the struggles of a gay man living in Kenya, a country that criminalises his love. Shot over five years in verité style, the film team follows Samuel’s life in the big city, where he can be a little freer about his sexuality, and his familial life in his traditional up-country home, with parents who want him to get married and settle down.

The film is full of intimacy and connection, shown in numerous ways, including the relationship between Samuel and his partner Alex, and the close friendship Samuel has with his mother. Abigail Arunga sits in conversation, with Pete Murimi, the director. Pete is a multiple award-winning Kenyan TV documentary director focusing on hard-hitting social issues, from extra-judicial killings to prostitution. He recently won the 2019 Rory Peck award for a news feature about suicide. His first major win was the CNN Africa Journalist of the Year Award for his documentary about Female Genital Mutilation among his Kuria community, “Walk to Womanhood” (2004). This is his feature directorial debut.

Abigail Arunga (Abigail): You’ve said before that this wasn’t necessarily supposed to be an ‘activist type’ film, to make changes or inspire legal action. It was meant to simply be a documentary. But it’s a hard thing to avoid how people take this, no?

Pete Murimi (PM): I agree. But my intention was to make an intimate portrait story. The sad reality is that a personal story can become political. It should not be the case but we are where we are.

Abigail: Do you think that the movie has had some impact politically, or has contributed to future political change?

PM: I hope so! But it is too early to say if we have impact. It is a wait and see.

Abigail: Have people been telling you, personally, how the movie has changed them?

PM: Yes, I have received many personal messages from people telling me how much the film meant to them. How the film was similar to their life, hehe. It makes me happy that the film can touch individuals deeply. This is impact for me.

Abigail: Is this feeling, of happiness, part of the reason you make films – or rather, maybe an easier question would be, why do you make films?

PM: No…let me think about it. I began by wanting to be a storyteller, telling African stories to the world. I have always wanted to do this.

PM: Film specifically. Documentary, to be precise. Seeing audiences connect with my work made me know it was worth it.

Abigail: Did you go to school to learn how to make documentaries, or you learnt on the job?

PM: I went to the Mohamed Amin Foundation [a school for training photographers and filmmakers, based in Nairobi, Kenya], and did a diploma in TV production.

Abigail: Of your own initiative? 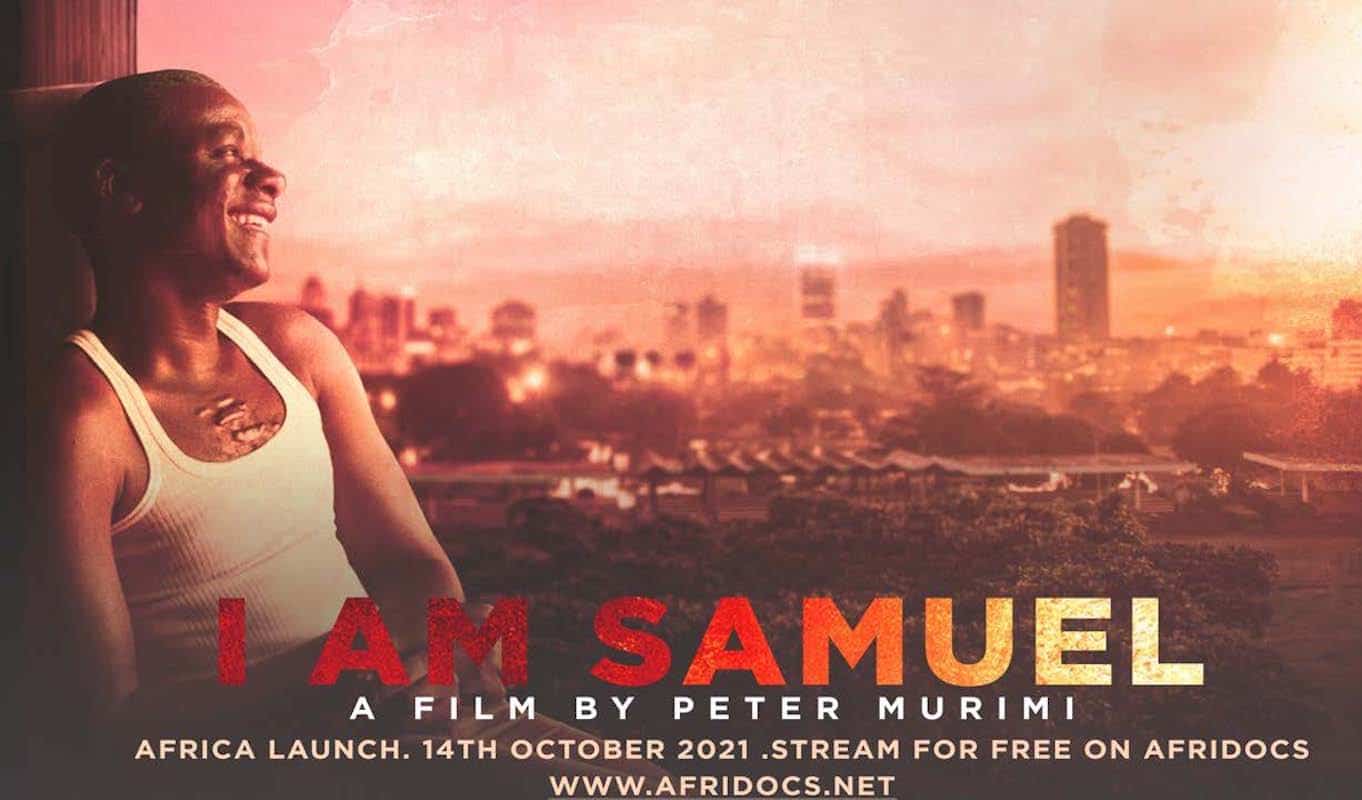 Abigail: How did your parents feel about you wanting to be a filmmaker?

PM: At first, sceptical, but with time, they warmed up to the idea. After a few awards, hehe.

Abigail: Ha! There’s a parallel, you’ve said before, between the film and your life, Samuel’s life, in terms of parental expectations. Can you speak a little more on that, on what expectations were on you?

PM: Expectations for sons to get a job, marry a local lady have children.

PM: Local could be the wrong term (laughing). I meant a lady from my village. I did not marry right away and I am not having biological children. This was difficult for my parents to accept. Samuel had similar issues, and we connected on that.

Abigail: Indeed. Is not having children something you feel very strongly about? May I ask why?

PM: I always knew I would not have children. I thought my life with all the travelling would not be fair [to a child].

Abigail: I get that. Which brings me to my next question. There’s a lot of definition of masculinity (and indeed, femininity) that circles around having or providing for, children. Can I put you on the spot and ask what masculinity means to you?

Abigail: I agree entirely. So, the film I Am Samuel took under a decade to make. Why so long?

PM: Development took time. Then filming was five years. Then the post-production took two years. So the whole process was slightly under a decade.

Abigail: Development like getting the cast/idea? Do films generally take that amount of time?

PM: [Development as in] refining ideas, fundraising, and scouting for characters.

Abigail: How easy was it to get funding?

PM: Hard. We had to do it piecemeal.

Abigail: A lot of filmmakers also have to put their own funds into their movies, right?

PM: Yes. We had to put in our own money, pay [people] and work for free. Being an independent filmmaker means you have to do whatever it takes to get the film across the line.

Abigail: So basically, ten years later the film is finally out, to global acclaim. Is it time to take a break? Are you on holiday for the next two months?

PM: I am working on a new project. I’m crossing my fingers that it works out. And still working on I Am Samuel, trying to get as many people as possible to see it.

You can watch the film on AfriDocs for free across Africa: