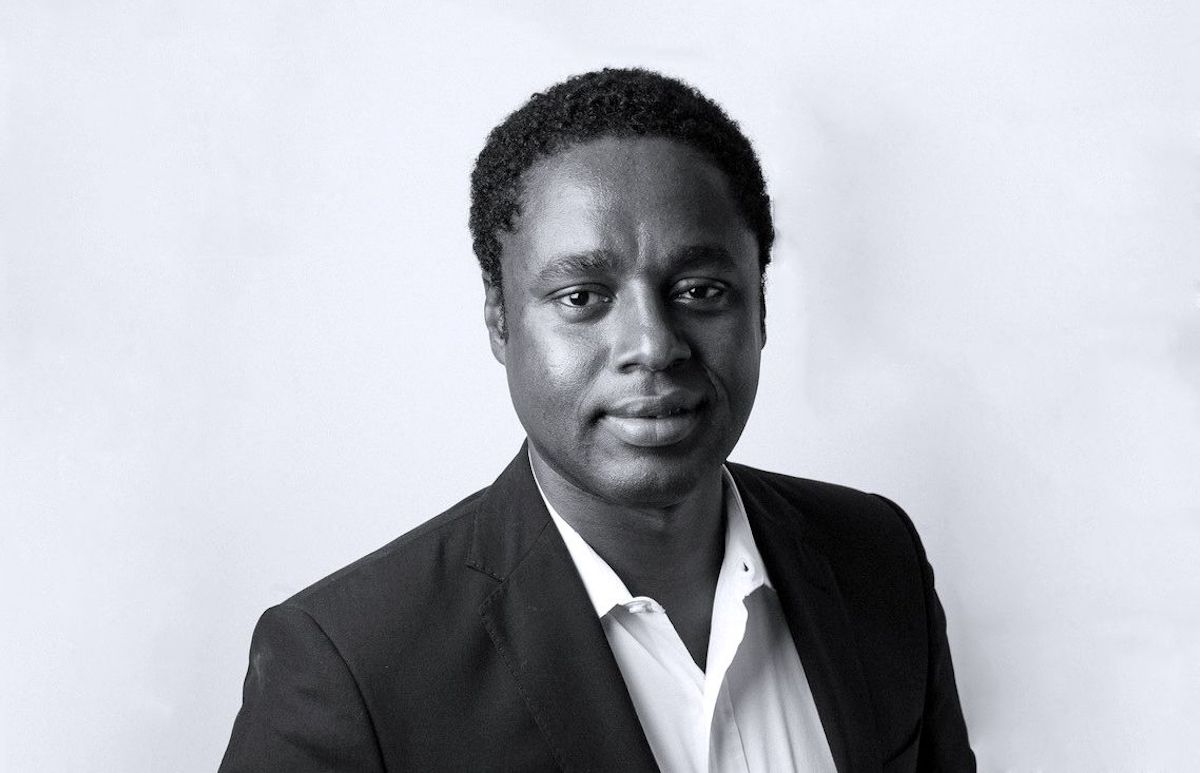 Claude Grunitzky is a driven and futuristic media player. He found early success with TRACE TV and the urban culture magazine it branched out of. During lockdown, he partnered his graduate school, MIT, for his new idea, TRUE Africa University. TAU webinars, given by some of the big names in Africa, especially target lone-wolf entrepreneurs in the age of the internet. Grunitzky has worked broadly across media, advertising and venture capital. His current journalism, including the Limitless Africa podcast, continues to sell the dynamic African story from the transcultural approach he is well-known for. Grunitzky (CG) shares his new ideas in an interview with This Is Africa’s Onai Mushava (OM).

OM: Claude Grunitzky of TRUE Africa, what keeps you driven?

CG: New challenges! And championing young African and Black voices all over the world. I’ve done it ever since my TRACE magazine days where I was the first editor to feature Alicia Keys, Rihanna and so many other Black musicians and artists on the cover. Now I’m really interested in providing a platform for the next generation of African talent. In every field – art, business, music, tech, sport, activism and politics.

OM: What have you been creating in the last few years?

CG: I’ve been concentrating on TRUE Africa, a website and media platform which champions the creativity and innovation coming from Africa’s youth. We’ve just finished producing a podcast series called Limitless Africa in four languages – English, French, Portuguese and Kinyarwanda. We’ve be asking the questions that get Africans arguing – do presidents need term limits? Can you teach entrepreneurship? How can we develop more African football stars? You can listen on all good podcast platforms, and it might be broadcast on a radio station near you.

OM: The name, TRUE Africa, has stayed with you from your media, to your advertising, and now education initiatives? What ideas does this name carry for you?

CG: I wanted a name which sounded pure, authentic, and strong.

OM: Can narrative change champions coming out of Africa walk the line between capital and independence?

CG: It’s tough and we struggle. But artists, writers, politicians (and griots!) have always had patrons so the dilemma isn’t new.

OM: We have seen progressive communication platforms coming out of Africa lately. New media pushing empowering narratives about the continent. Are African institutions, say universities or businesses, sufficiently involved where the sustainability of these platforms is concerned?

CG: You could probably answer this question as well as me. The answer is no. I have very little support from institutions, universities or businesses, particularly compared to the support I get from US ones. The Limitless Africa podcast was actually supported by the US Department of State, although we at TRUE Africa had editorial control. I wouldn’t get this combination of support and editorial freedom from any African institution. This needs to change.

OM: New media took a hit when Facebook changed its advertising revenue structure. Does the internet offer new promise for media initiatives like your own?

CG: Again, you could probably answer this question as well as me. The internet means more people can read and engage with us than ever before. It’s great. But I would have to say that older mediums are still as powerful. We get most of the listens to Limitless Africa on radio and not via the internet.

OM: There are strongly felt ideas in the Pan-African media space. Sometimes these are purist ideas of Black, indigenous, traditional, institutional and so on. Sometimes it’s the challenge of a dynamic Africa, hybrid spaces and young agency. Which Africa or Africas does your work and experience reflect?

CG: The power, beauty and uniqueness of Africa comes from the combination of the two. Although I do have to admit I get frustrated with more old-fashioned perspectives, as do many of the people we spoke to for the Limitless Africa podcast.

OM: With Limitless Africa, there is this optimism and dynamism of stories coming out of Africa, from female tech entrepreneurs to environmental action. What insights have you drawn from this new journey?

CG: I think I’ve realised the sheer depth of the appetite for change on the continent. People want to do things. They want to change things. And in spite of hugely difficult circumstances and situations which cement the status quo, these young people are still managing to start up companies, to sway opinions, to fight for their rights.

OM: Are we at a place where there is emphasis on organically driven initiatives, say on climate action, instead of an echo chamber effect?

CG: One of my favourite episodes of the Limitless podcast is the one in which we talk to young climate activists – it will be out soon (so subscribe on Apple or Spotify to make sure you get a notification). What I loved was their individual stories and their different motivations. Vanessa Nakate may be the most famous young African climate activist at the moment but in fact there are hundreds of young people fighting to change things all over the continent. And for different reasons – it really isn’t an echo chamber. For example, I spoke to Kemo Fatty, from The Gambia who holds higher temperatures, severe drought and environmental destruction responsible for the emigration of so many young people from his country – including his own brother who left for Europe. It really brought home the knock on effects of climate change.

OM: We live in a time of many awakenings. You have young people running with new ideas, figuring out ways to make a change, ways to express themselves. Where does equity capital come in as far as making this young energy a reality?

CG: In Africa there is too little of what you call “equity capital.” But another guest on the Limitless Africa podcast who was truly inspiring was the young venture capitalist Maya Horgan Famodu. She’s Nigerian-American and she started up a venture capital fund in Lagos which ploughs money into startups, new ideas and energetic founders. This equity capital is vital and we really need to concentrate on making sure enough of it comes from Africa.

OM: You have been, yourself, involved?

CG: I wanted to launch a podcast to highlight these names pushing for change on the African continent and give them a chance to talk about what they are doing. On the continent, I have organised entrepreneurship competitions in Togo (and in other African countries) since 2012. I actually come from Togo. More generally, I support and mentor a number of young founders on the continent.

OM: How did you arrive at the motivation for TRUE Africa University and how was the experience of getting your presenters as well as MIT on board?

CG: I realised that what Africa needs to most, after proper healthcare, is access to education. I launched TRUE Africa University, in partnership with MIT, because I want to average the power of the Internet to accelerate higher-education in Africa. I also wanted to be part of the sustainable development movement on the continent, and it made sense to start with six-week courses for university level students all over Africa. We are really trying to create a digital-first learning community, with the aim of becoming a Pan-African centre of excellence

OM: Who has been keeping the energy so far, and how are you looking to grow the vision going into the third season of TRUE Africa University?

CG: MIT has been hosting our webinars, mostly as a way to raise awareness of TRUE Africa University, but the long-term plan is to create courses for African students who have entered higher education, or have recently graduated from African universities. We are creating what we consider to be important fundamental courses that are useful for this new digital age. We want these bright students to utilise our courses as a complementary learning experience. Ultimately, everything I do is about the future of Africa.

OM: Traditionally, the big African idea for each generation has come from the cosmopolitan class. Dominant tropes for African literature have come from publishing houses outside the continent, our influential thinkers are with foreign universities and so on. How do you look at the situation in the age of the internet and networking?

CG: Again, it’s changing. Many of the speakers on the Limitless Africa podcast are from the cosmopolitan classes. But many are not. Kemo Fatty is one of them. Maya is another. But they’ve managed to move in those circles because of their ideas and their achievements. Your question also refers to the problem of our influential thinkers going abroad – some people call it the “brain drain.” We tackle it on the Limitless Africa podcast – another podcast that will be out soon. One of our guests, a Kenyan academic and entrepreneur, Lydiah Bosire, argues that it’s not an issue: there is quite enough African talent for home and abroad. She argues that we shouldn’t call it the “brain drain” but “brain circulation.” I’m not sure whether I agree but it’s definitely an interesting perspective.

OM: How do we get more voices out of the continent globally represented in all their diversity?

CG: With things like the Limitless Africa podcast! Please have a listen on all good podcast platforms. It’s also available in French and Portuguese so it’s truly pan-African. We also have an episode which tackles that very question: How can Africans get their voices heard in international institutions? One of your editors at This Is Africa, Mutemi waKiama, is a guest in that episode. One of other guests, Dr Oby Ezekwesili, a former Minister in the Nigerian government, and former VP in the Africa region at the World Bank, gave some very good advice: “One thing that is certain is that you have to actually recognise that you have a voice in order for that voice to be heard.”