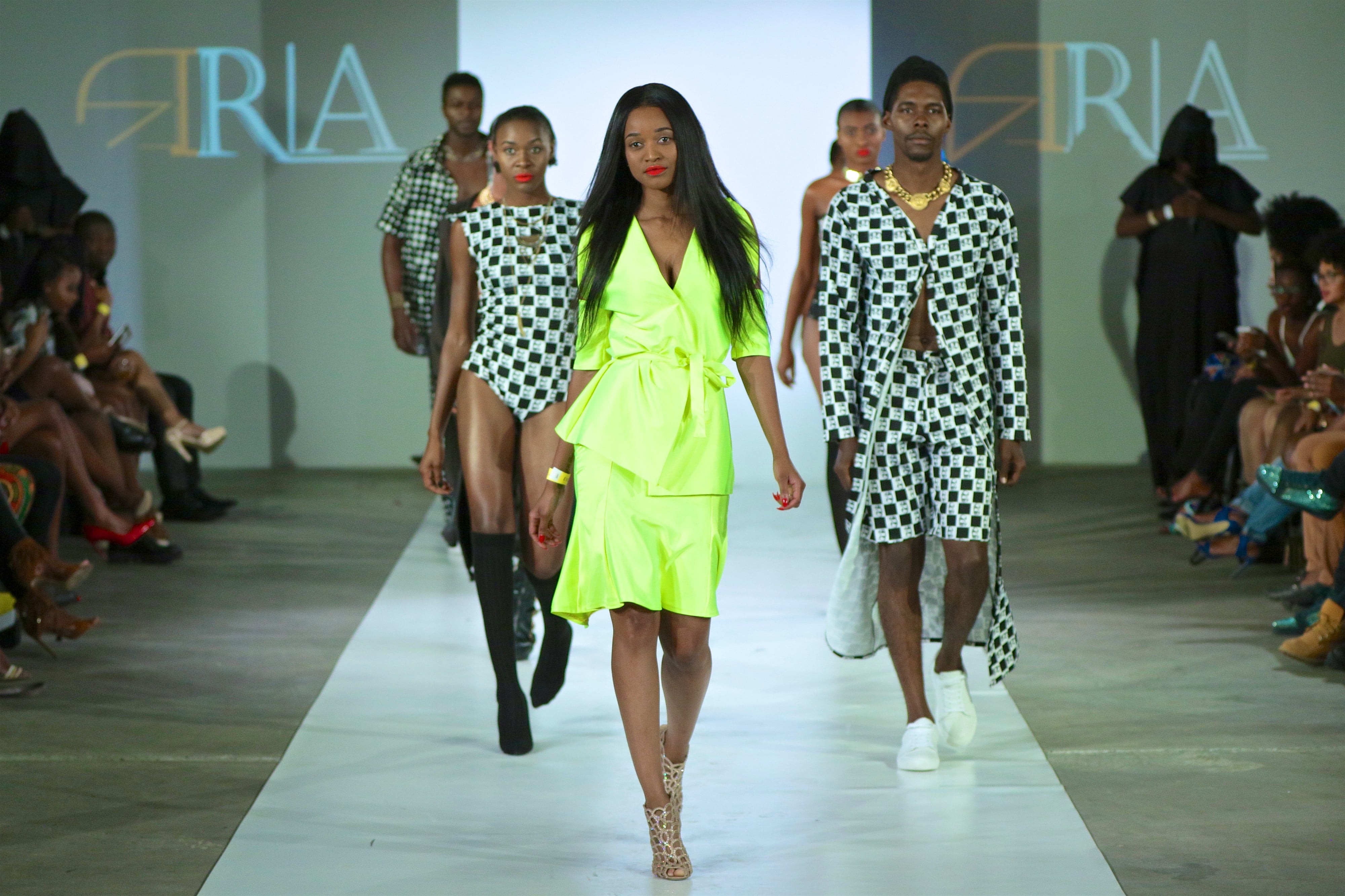 Situated just a few kilometres outside of South Africa, Namibia, is known for its iconic sand dunes and majestic desserts. It’s capital, Windhoek, is now one of Africa’s fast growing fashion hubs.

Windhoek Fashion Week is the brainchild of Luis Manana and Kalistu Mukoroli. It comes after several years of planning and failed attempts to get the show running.

Organisers say the aim of the Fashion Week is to provide a platform not only for designers and entrepreneurs from Namibia, but also for those from the rest of the continent. During the event which started on 5 November, designers, stylists and even make-up artists were given the stage to showcase their creations to the Namibian public and potential clients.

Here are some highlights straight from the runway.

Designer: Melisa Poultan is Namibian. The theme of her collection is Earth. Her creations incorporate earth tones and also include plus-size designs in her line up. The colour scheme is peaceful and commands attention.

Designer: Hafeni Frans from Namibia is known for his awesome creativity. For this year’s event, he created his very first men’s lingerie collection. This collection caught the attention of the everyone in the audience.

Designer: Salshi is a Namibian designer based in Angola. She has dressed the first lady of Angola and is known to be one of the industry’s best.

Designer: Ingo Shanyenge is a heavyweight in Namibia’s fashion industry. He is best known for his collection dubbed ‘Waterfall’ by a local newspaper.

Designer: Palse is a South African-born designer. His creations are well-known across the industry. His collection was an elegant line of men’s wear.

Designers: Craid Zowie by TZM are Zimbabwean designers. They have an eye for elegance which is showcased through their designs. Organisers say this collection captivated the crowd.

Designer: Mshasho is owned by Musician and multi award winning artist Morrocky known as The Dogg from Namibia. His summer ready to wear collection was showcased at the event.

Organisers chose to end the star-studded event with the much-anticipated announcement by infamous designer David Tlale. He named seasoned designer Taati Sibolile and newby Deon Mathias as the Namibian candidates for his intensive internship programme in South Africa.