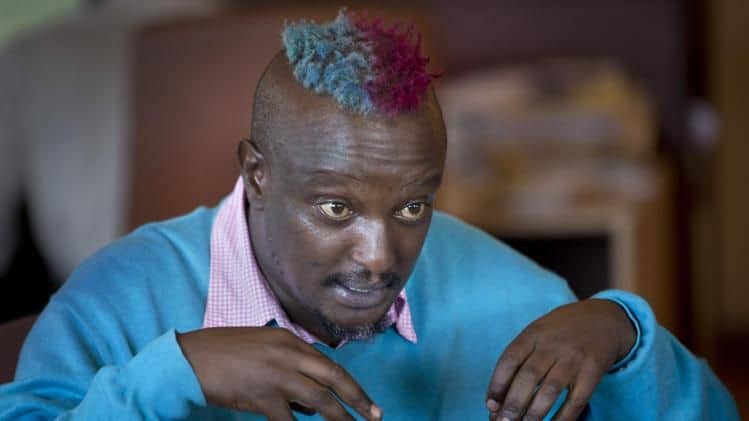 In the attempt to make Africa more like Europe (and Africans more like Europeans), perfectly convenient local solutions are discarded for grand ideas. So, for instance, someone at some point thought ‘Europe doesn’t have things like boda-bodas [motorcycle taxis], so let’s get rid of them.’ This is exactly the kind of Victorian thinking the British brought to Nigeria, Uganda, Kenya, etc. when they colonised us. We unwittingly internalised this thinking and now continue their work for them in the name of “development”, all the while thinking we are being modern, forward-thinking globalized Africans.

Cultural critic Binyavanga Wainaina has posted a series of videos on YouTube talking about this poverty of imagination and asking middle-class Africans to dare to free their imagination. The following is our response to his thesis.

On the 18th of January 2014, Binyavanga Wainaina, the Kenyan writer celebrated his birthday by publishing a moving personal essay (in Chimurenga) announcing that he has known he was gay since the age of five. His Facebook wall and Twitter timeline have since been filled with congratulatory messages and occasionally some condemnation of his decision, him, the person, and the fact that he is gay. But Binyavanga was prepared for the discussion. On the 21st, he began publishing a series of videos on YouTube titled We must Free our imagination.

In the videos, he talks about being gay and traces the roots of African homophobia to colonialism, pentecostal-ism and dictatorship. One of the interesting things he says is that the African middle class is comfortable fitting within the descriptions colonialism bestowed on them. He traces the roots of anti-homosexuality laws to Victorian England, from where he says the word ‘sodomite’ originates. He goes on to say that the colonialist expected the African to be engaging in homosexual acts because he, the colonialist, simply did not understand the complexity of African life. Thus, sodomy laws were, like many other laws, transplanted to Africa. This also came with the thinking that Africans were “natural”, in other words closer to apes than the white man [Editor’s note: Hard to fathom, but some today believe the same when they look at racialised illustrations like these, completely misunderstanding Darwin’s theory of evolution]. Wainaina in the video series argues that the African is not natural. And that to describe the African as natural is to dwindle the African’s imagination. He says that human beings think, they imagine, they do not live naturally like dogs, plants and other living things.

Binyavanga’s thesis on the African middle-class is very interesting for two reasons. The debate on African development has in many ways accepted some of the assumptions of Africa that Binyavanga highlights. In various debates, one hears ‘educated’ Africans talk about the developed world, and how close Africa is coming to becoming similar to the developed world. To use Binyavanga’s words, how good Africa is doing as the copy-cat. There is no imagination on the part of many of us when we think of development. Development is becoming synonymous with the ‘developed’ world. We are not imagining another reality. Development is linear.

Let us stray from the focus of Binyavanga’s video series to urban development in Lagos and Kampala. Both city administrations have made efforts to rid these fast- ‘developing’ cities of passenger motor-cycles, known as boda-bodas and okadas in Kampala and Lagos respectively. The history of the boda-boda in Uganda is that people travelling to Kenya by road, would board passenger bicycles to travel through the no-man’s land, from the Uganda border to the Kenyan border. Hence the name boda-boda [“border border”]. With time, motorcycles joined the business and it grew beyond the border crossing as a convenient means of transport. This is a classic example of Africans solving a problem, innovating. The boda-bodas have made life so much easier for many of us who live in Kampala, and can’t afford to buy a vehicle. But the middle-class and the ruling class do not agree.

There is a failure to understand development outside the ‘let us become Europe’ model. All eyes are set on recreating a Europe in Africa, that the visions several middle class Africans hold for their continent dwindles any originality and imagination on their part. Thus, an indigenous contribution to urbanisation in Africa, like boda-bodas, which work perfectly for the users is under threat. Do not think. Do not imagine. Do not create. Do not innovate. This is the mindset Binyavanga Wainaina is talking about in the six-part series.

How will Africa ‘develop’ then? Binyavanga refers to the Indian literary revival for lessons on how Africa can free her imagination. He is an artist, a writer, a cultural entrepreneur (founded the Kwani? publishing house ten years ago) so it is natural that he describes development in terms of cultural production. He argues for production of African culture in all its many forms. Let us imagine the continent. Let us imagine our lives. On our own terms. Let us break free of the Colonial syllabus. Of demonology, what the Binj describes as the disease that afflicts those who do not want to deal with complex situations. Let us hold our politicians accountable and reject their use of minorities as homosexuals to hoodwink us from their epic failures in imagining our continent. Let us not bow to commercialisation of the African identity to serve capitalist consumerist ends (which Afropolitanism has done), but set our own terms for our own development.

If there is nothing else to get from Binyavanga’s video series, let it be that the African middle class needs to question its perceptions of development and progress. It needs to free its imagination. One imagines that once this happens, we shall appreciate the need for boda-bodas and okadas in Kampala and Lagos, rather than simply dismiss them because London and New York do not have them. We can imagine images of cities that serve us, rather than settle for mimicry in the name of development.

Binyavanga Wainaina strolling along a street in Nairobi

Binyavanga Wainaina is an author, cultural commentator and satirist who won the Caine Prize for African Writing in 2002 for his short story “Discovering Home” and used his prize money to set up the literary journal Kwani?. He has written for the Mail and Guardian in South Africa and his writing has also appeared in the New York Times, the Guardian, Granta (which published his most popular satirical essay “How to Write About Africa” and his memoir “One Day I Will Write About This Place”) and National Geographic. He was the Director of the Chinua Achebe Centre for African Literature and Languages at Bard College, New York, before returning to settle in Nairobi, Kenya.

Men do not cry