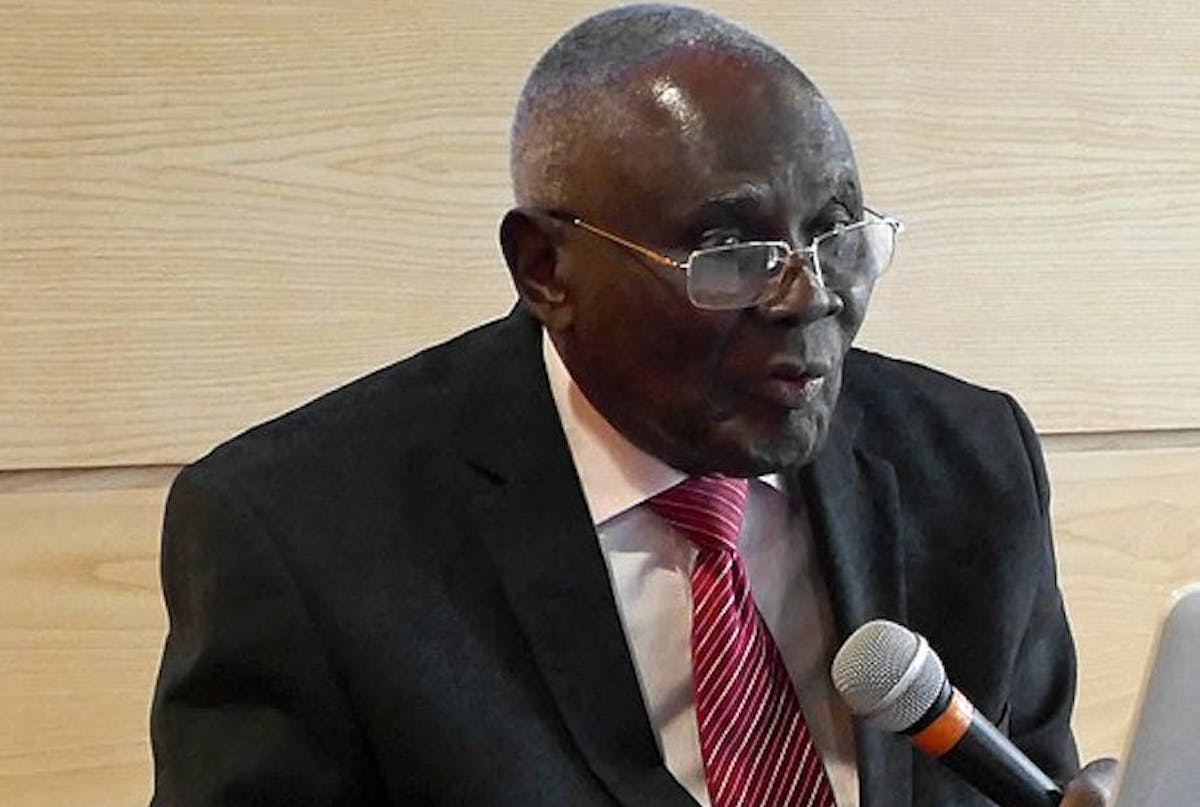 I was introduced to Professor Akin Mabogunje’s work when I joined the Department of Estate Management at the University of Lagos in 2011. As a new junior lecturer, I had to read the key text being used by my course leader. It was here that I first encountered Mabogunje’s work on urbanisation in Nigeria.

I never met Mabogunje, who died in Lagos on 4 August 2022 at the age of 90. And though my first experience of his work was not as a student, today his writings play a key part in what my own students learn. Each year when I stand before a class of young people to introduce the semester’s work to them, I feel compelled to justify why they must read a text that was written before we were all born.

This compulsion has deepened with the news of his passing. It is not just future geographers and scholars of urbanisation who should engage with Mabogunje’s work. So, too, should anyone invested in Nigeria’s progress; every aspiring Nigerian political leader and all pan-Africanists. His research captured history as it happened. It must be read and dissected as the compass to guide Nigeria’s future.

Akin Mabogunje was born in Kano, northern Nigeria, on 18 October 1931. He completed his secondary schooling at Ibadan Grammar School in 1948. It was here that his flair for geography became clear. His teacher even predicted that he would one day become a professor of the subject.

Urbanization in Nigeria was Mabogunje’s seminal work. It was derived in part from his doctoral dissertation and further shaped when he was a visiting scholar at Northwestern University in the US in 1963. The book provided a cogent narrative of the pre- and colonial origins of Nigerian cities. It also presented pathways for navigating urbanisation challenges from an African perspective.

The book traced the history of urbanisation in northern and southern Nigeria before colonisation, stretching to the early 1960s. It unpacked the impact of colonial policies and laws on urban configuration.

Two key south-western Nigerian cities, Ibadan and Lagos, served as case studies. Ibadan, the sprawling historical city of warriors, local slave merchants and cottage craftsmanship, epitomised the rich cultural legacy of a Nigerian “traditional metropolis”. Lagos, on the coast, was to Mabogunje the “most spectacular” of the modern cities, emerging from European influence and the subsequent British colonial administration.

Crucially, Mabogunje empirically tested urban growth theories that emerged from western contexts. He showed the dangers of applying these theories to African cities’ contexts without recognising differences and similarities. He was among the first urban scholars to raise this crucial point. Sadly his critique was largely overlooked: even now, western theories still form the foundation for theoretical knowledge in urban planning disciplines in Africa.

Urbanization in Nigeria was neither Mabogunje’s only book nor the only book on housing problems in Nigeria. He published others and scholarly articles too. But it stands apart from many other writings on the subject by providing historical evidence of urbanisation’s origin and trends in Nigeria.

Beyond this, his work compels urbanisation scholars to think about why postcolonial institutions in African cities do not seem to work. It compels us to ask why, decades after colonial governance, we as stakeholders in the cities of Africa have not corrected the inequalities we inherited. He invites us to replace the ever-ready stance of blaming colonial roots for all current problems in land, housing, and real estate markets, and proposes clear courses of action.

His writing was also palpably honest. In Urbanization in Nigeria he presented colourful, endearing and poignant descriptions of the streets of Ibadan and Lagos. Readers were invited to walk alongside him through history – and to grasp the tenacity of those cities’ modern problems. And the book is suffused, perhaps surprisingly, with hope: Mabogunje suggests that Nigeria’s future might still be great if it has the courage to learn from its past mistakes.

Like no other, his book connects the history of urbanisation, the heritage of coloniality and the missed opportunities for changes in Nigeria’s urban areas.

But Mabogunje’s legacy stretches far beyond his seminal book.

He served as a consultant to the Nigerian government and several states in urban and regional development, helping politicians and bureaucrats to understand how research institutions could influence and shape policy.

He also engineered the structures upon which the Nigerian real estate sector emerged. Through his work, institutions such as the Federal Mortgage Bank of Nigeria emerged. Through his chairmanship of the Presidential Technical Committee on Housing and Urban Development in 2002, the Real Estate Developers Association of Nigeria was formed.

Mabogunje was also an accomplished academic. He was the first African to be elected as a foreign honorary associate of the American Academy of Arts and Sciences in 2017. That same year he won the Vautrin Lud Prize, the highest global award in the field of geography.

As a consultant to the Federal Capital Development Authority (1976-1984), he was instrumental to the conceptualisation of Abuja, Nigeria’s capital city. He was also the foremost professional in getting it built, canvassing rigorously for the appointment of Nigerian town planners and architects to build the city.

It is up to urbanisation scholars, ordinary Nigerians and politicians to do more than just offer tributes to the father of modern policy in the nation’s built environment. We all owe him action: to bring his vision of cities that work for all to life.