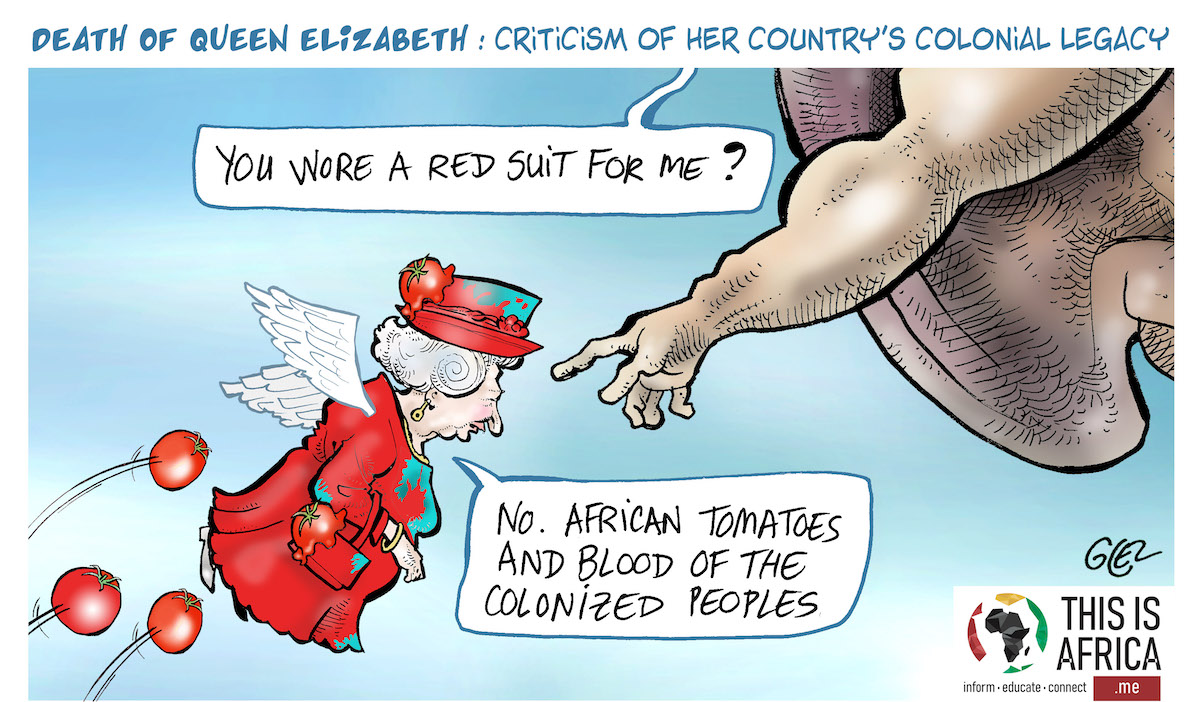 The death of Queen Elizabeth II has led to tributes from leaders across Africa, but also strong criticism of the monarch and her country’s colonial legacy.

Britain’s longest-serving monarch made several trips to Africa during her 70-year reign.

The president of the African Union Commission, Moussa Faki Mahamat sent condolences to the royal family and the people of the United Kingdom. Several African leaders also sent their solemn tributes, but many across Africa took a more critical view of Britain’s colonial rule, violence and shameful legacy.

There has been strong criticism of the role of the British monarchy in the looting of trillions of dollars of wealth from Asia and Africa, with many still bitter about how the British Empire plundered colonies for their natural resources under the guise of modernisation and commonwealth.

Related Topics:Black HistoryColonialismColonisationDecolonisation
Up Next