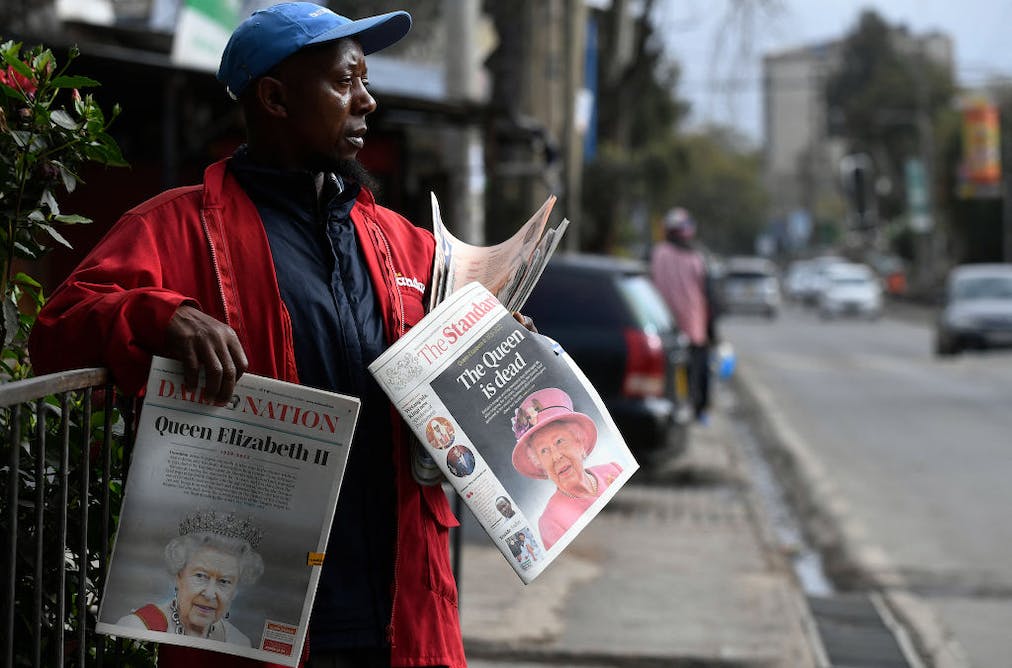 It’s a long-standing Kenyan tradition to offer congratulations in paid print and TV messages to an incoming president. The bulk of these messages are put out by government agencies – and county governments in recent years – but also private commercial corporations. This year, however, the newly elected president William Ruto would have none of this.

A day before his swearing-in, Ruto made it known that he did not wish to see national or county government money spent on these messages. The Ministry of Devolution said they were

expensive and risk creating financial burden to the counties involved.

Counties were urged to use cheaper platforms such as social media.

It is convenient, perhaps even understandable, to look at this decision through the lens of austerity. Kenya’s post-election periods have seen monumental spending of public money on congratulatory messages to incoming presidents. This is a ritual often enacted to show allegiance to new administrations, usually with a view to currying favour with them.

But there may be more to this directive, particularly in view of the widespread criticism of Kenya’s mainstream media by the new president’s Kenya Kwanza Coalition during the country’s recent election campaigns.

In July this year, one of Ruto’s well-known policy front men chillingly warned media houses that

should we win be advised not to book govt ad revenue going forward.

Government ad spend in local media has shrunk in recent years. Still, it stood at nearly 30% of total media revenue less than five years ago.

The warning from Ruto’s camp seemed ominous enough in July. By the end of the election campaign it was clear that Kenya Kwanza coalition was convinced the local mainstream media were biased against it. Financial throttling may thus be retribution. It could also be a sign of how the new government will engage with the media.

Unable to get such endorsement in 2022 from any mainstream media, Ruto’s coalition used a different strategy. It invested heavily in alternative communication platforms, most notably social media. It framed mainstream media as pro-establishment and as purveyors of fake news.

Though constrained by factors such as connectivity challenges and variable levels of digital literacy in Kenya, social media still animates political conversations in and beyond digital platforms. In Kenya, social media has become an important “beat” for the mainstream press, routinely influencing the editorial agenda.

Ruto adopted a highly populist but relatable political slogan, the “hustler” narrative. Like Donald Trump, to borrow the words of Khadijah White, assistant professor of journalism at Rutgers University, Ruto “cultivated support around his brand. As long as he remained true to his brand, accuracy wasn’t important”.

Like most private media around the world, Kenya’s mainstream media remain financially exposed due to their increasingly fragile business model. The reliance on advertising revenue and benevolence from wealthy owners subjects most local media to significant structural and operational constraints and weaknesses.

Governments and big business – often closely linked to the state – remain some of the biggest advertisers in the media market. For this reason they are a powerful influence in determining the news agenda directly, through proxies, or through advertising. Withdrawing state and regional government advertising from mainstream media, as Kenya Kwanza appears intent on doing, will therefore hit it hard.

Yet this goes beyond simple political retribution. It is arguable that the incentive to weaken the country’s press is firmly embedded in Kenya Kwanza’s approach to public communication. The Ruto political machine has demonstrated its capacity to use social media to manufacture political legitimacy by circumventing the more traditional communication infrastructures of accountability.

Of course, it is usually in the interest of any government to control or influence public communication. Such control helps governments determine, shape, or push through their political, legislative, and policy agendas and narratives. This potentially enables them to govern without distraction. It also helps create political legitimacy when that’s flagging or lacking. One can therefore see the new government’s attraction to a weakened press.

Kenya’s mainstream media have an appreciable capacity to hold government to account, notwithstanding their own flaws. They have managed to balance the powerful interests of the state, media owners, big business and the public, most of which do not always align. For this reason, the country continues to have a relatively well-regarded and robust media sector.

Ruto presents a new challenge for Kenya’s media. In a country where the establishment has always determined or influenced who becomes president, Ruto tore up the political rule book, winning against significant odds. Will his Kenya Kwanza proceed to weaken Kenya’s media as a form of retributive justice for its perceived lack of support?

That would be a brazen affront to constitutionalism. Ruto is a maverick in many ways. But governance without accountability or through social media is a dangerous gamble. Though the Kenyan media may be nimble enough to adapt to this new reality, it can only do so as a smaller niche media, potentially retreating from its public interest remit. If it does, it is the country’s democracy that will be poorer.

Related Topics:ElectionsKenyaSocial media
Up Next