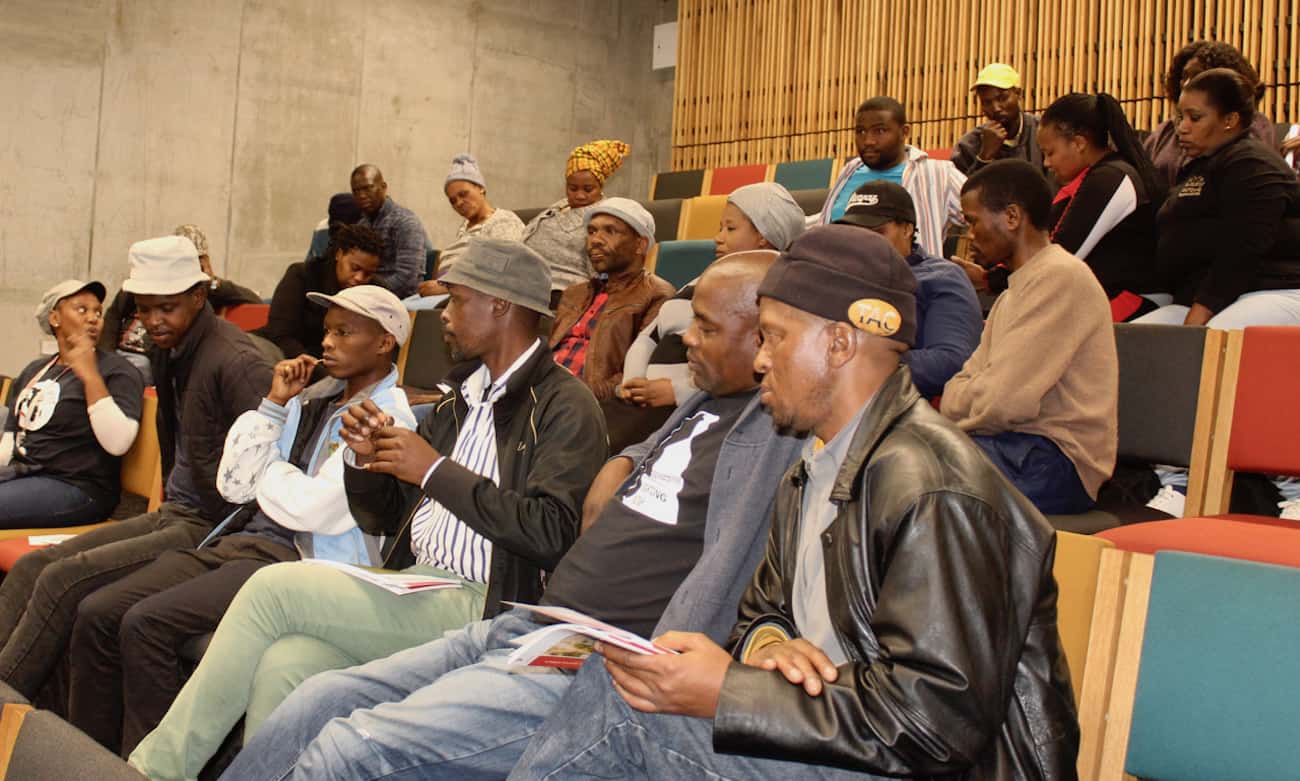 “Marikana can be transformed, made a safe and a better place for the people living in it,” said Lauren Royston, a researcher at the Socio-Economic Rights Institute of South Africa (SERI).

On the weekend, SERI held workshops on upgrading infromal settlements at the Isivivana Center in Khayelitsha. Residents from Marikana — an informal settlement in Philippi, Cape Town, named after the mining town where the 2012 massacre took place — attended.

A fourth report, Here to Stay, synthesises and compares findings across the three sites.

“What prompted the research was that there are policies on upgrading informal settlements [Upgrading of Informal Settlements Programme or UISP] but they are not being implemented,” said Kelebogile Khunou, a researcher at SERI.

She said that the Melani judgment in 2016, where residents of Slovo Park informal settlement won a court battle against the City of Johannesburg, which wanted to relocate them not upgrade their settlement, also prompted the research.

“That was a ground-breaking judgment and communities such as Marikana with the right information can also find ways to hold those in power accountable,” she said.

Marikana residents are currently battling with the City of Cape Town to have it buy the land they have occupied since 2013 and upgrade the area. The matter is still in court as the City appealed a judgment that ordered the municipality to purchase the land.

“Frustration starts when people are not treated with dignity and are not recognised. These are not land invasions or land grabs as the government calls them, but are land occupations due to people who cannot afford the market and now are self-delivering,” said Royston.

She said the attitude of public servants needed to change. “The private sector and the state have failed to grant land access. The approach to land occupiers must not be how they are going to remove them from the land but how can they service them.”

Zenzele Mpongwana, of Marikana, said: “The state of our lives in Marikana is like that of a fly, you might be dead anytime. This research shows how we are not living but merely surviving in Marikana. I like the ideas. We must not only think about protests but have meetings to challenge authorities in court. This research must be sent to the municipality.”

The Great Hack: What does Netflix’s doccie on data mean for Africa and its democracy?