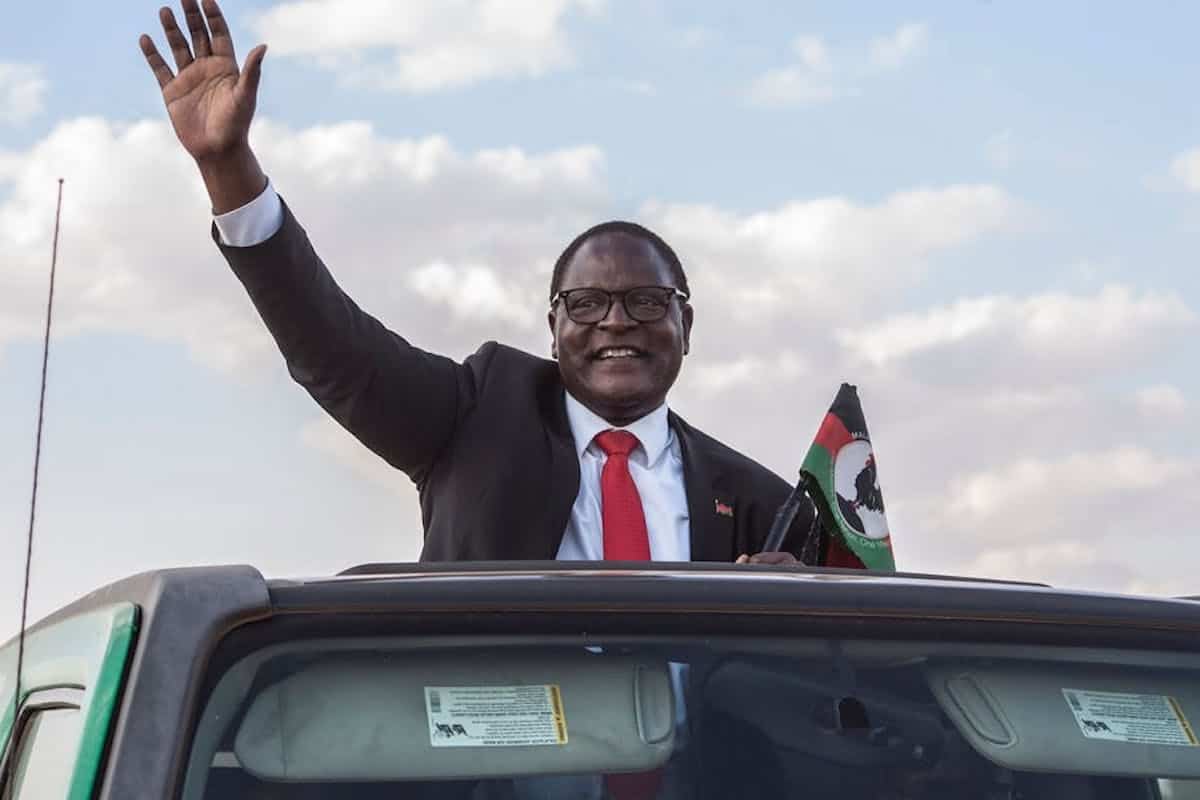 Lazarus Chakwera’s victory as the new president of Malawi represents a remarkable reversal of fortunes for Peter Mutharika, who almost a year ago was declared the winner in national polls. But the decision was annulled by the country’s judges, and a date for a new election set.

The outcome has been greeted with euphoria by the victor and his supporters. But as this subsides, the hard, long work begins.

Close to the top of the list of big problems facing the country is that it’s starkly divided along ethnic and regional lines. Chakwera’s Malawi Congress Party enjoys support from the central and northern parts of the country, while Mutharika’s Democratic Progressive Party is strong in the south.

The second challenge is that the country’s judges, in annulling last year’s poll, set down new election rules. The rerun winner would have to garner more than half of the vote. This replaced the “first past the post” system.

The danger is that a combination of ethnic and regionalised voting and a run-off system may encourage party proliferation and fragmentation.

Chakwera has his work cut out. He leads a party which was at the forefront of the country’s fight for independence from Britain and went on to rule during the 27-year dictatorship of Hastings Banda. This was ended by the country’s first multi-party elections in 1994.

For the rerun he formed an alliance with Saulos Chilima, the former vice-president. Chilima will now serve as Chakwera’s deputy.

Chakwera will need to build consensus to ensure that the new electoral laws don’t worsen tensions in the country. And he will need to forge a new kind of politics that balances cooperation with competition.

Chakwera might just have what it takes to build bridges.

He was president of the Malawi Assemblies of God, the world’s largest Pentecostal denomination, for more than two decades. He also has a background in philosophy and served as a theology lecturer and preacher.

Chakwera emerged as a prominent political voice following his registration in the 2014 elections as presidential candidate for the opposition Malawi Congress Party. He lost to Mutharika but continued to serve as the party’s leader and member of the National Assembly.

He stood against Mutharika again last year. Initial announcements declared Mutharika president with over 38%. But Chakwera (who came second with about 35%) and Chilema (who came third with 20%) challenged the outcome. The country’s judges annulled the elections for failing acceptable levels of electoral integrity.

Chakwera’s victory is remarkable in that it’s the first time in Africa that a repeat presidential election rerun has resulted in a reversal of outcomes. The only repeat rerun that’s been held was in Kenya in 2017. But the poll ordered by the courts didn’t reverse the outcome.

For this remarkable turnaround, a number of factors came into play.

The first was that Malawians protested regularly against manifest irregularities in the 2019 elections. And the military protected protesters. Another major factor was that the opposition coalesced around the Tonse Alliance, mainly between Chakwera and Chilema.

For their part, courts insisted on complying with high standards of electoral integrity.

Finally, the Electoral Commission had to deliver markedly improved elections despite limited resources, time and the constraints of COVID-19.

Dangers in the electoral system

The voting patterns of the latest presidential elections were no different. The Tonse Alliance picked up votes mainly from northern and central regions. Mutharika fared well in the south.

The newly introduced runoff electoral system could exacerbate the pattern of regionalised voting as opposition candidates seek to make it to – and lead – an alliance in the second round. The latest elections avoided this danger because the invalidated elections helped the opposition candidates gauge their strength, facilitating the formation of the Tonse Alliance.

In future, the first round of elections may have to serve this purpose, leading to a very fragmented electoral field at the outset.

The new electoral system may also make second round elections a certainty. Considering the logistics, cost, and potential violence associated with organising repeat elections, this may be undesirable.

Moreover, if legislative elections are conducted before presidential elections, two-round elections could systematically result in the president’s party being unable to secure a legislative majority. This would be a recipe for executive-legislative paralysis, already a challenge in Malawi.

To ensure that the runoff system encourages cross-regional and cross-ethnic party formation, the new president should encourage political dialogue to refine the electoral system.

Nigeria and Kenya have established electoral systems that require presidential candidates to win not only a national majority, but also secure a certain level of electoral support across different regions. This could encourage coalitions of commitment before the first round, rather than coalitions of convenience before the second. These coalitions may in turn make second round elections unnecessary.

In addition, reconsideration of the majority threshold to avoid a second round may further encourage pre-election coalitions while also reducing chances of a second round.

No African country has devised a sensible way of dealing with run-offs. But several Latin American countries have introduced creative rules. In Costa Rica, a candidate wins in the first round if he or she secures 40% of the votes. In Argentina, a candidate winning 45% or between 40% and 45% with a 10% lead over the runner-up avoids a run-off.

As the electoral system has been decided through a judicial decision, it lacks the nuances and details that may be necessary to advance desirable goals, such as encouraging pan-Malawian parties and reducing the chances of repeat elections. Such nuances are the hallmarks of political processes.

Accordingly, the new president may need to launch processes to ensure that Malawi’s constitutional democracy stands on a firm basis.

Ultimately, the success of Malawi’s democratic dispensation will be measured on the extent to which it delivers public goods – opportunities, development, accountability – for the people.

As International IDEA’s Global State of Democracy Indices indicate, progress in representative democracy in Africa has not been accompanied by improvements in impartial administration in the form of predictable enforcement of laws and reduction of corruption. In fact, in the case of Malawi, despite democratic gains since the 1990s, impartial administration may have declined.

Accordingly, Chakwera must do more than simply meet his inaugural assurance to the opposition that he would

strive to give equal opportunities for all of us.

He must also lay the foundation for a democracy that delivers.

How the U.S and UK are reacting to the need for more foreign medical professionals

Can Lourenço deliver at a time of crisis?