Feminism is a hard pass from Nigeria’s prominent women 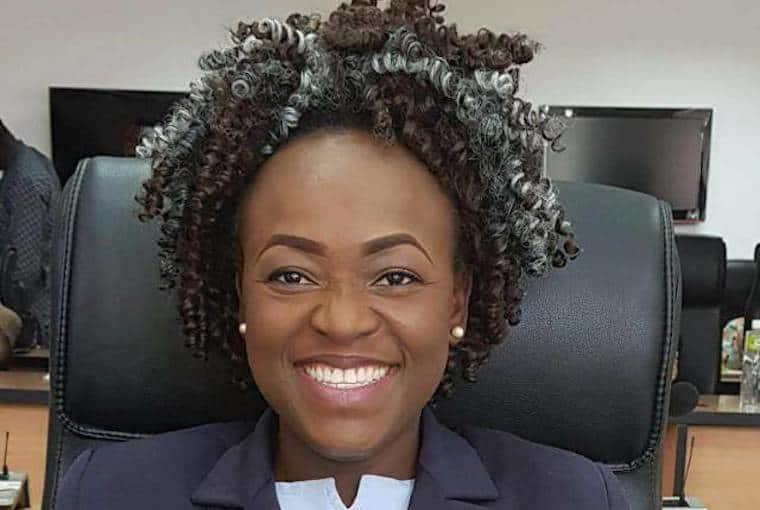 Feminism must surely be one of the most misunderstood and bastardised movements of our time. Not at all a new ideology, the movement has for countless decades advocated for women’s rights on the grounds of ‘the equality of the sexes’. The word ‘equality’ has since been replaced in some circles with ‘equity’ to show that because women are at a disadvantage, the goal is to be at par with men; different but equal. This applies to the existing global disparity in rights and protections for women.

Somewhere along the line this got turned into a gender war, where men and some women feel that feminists ‘want to be men’. The discussion shifted from how to put an end to issues such as child marriage, gender-based violence, limited opportunities, unequal pay, high taxation on feminine products, rampant sexism, rape culture and so on, to why women want to “rule over men” or “become men”.

The discussion shifted from how to put an end to issues such as gender-based violence to why women want to “rule over men” or “become men”.

The discussion began to center on gender roles and how the ‘equality of the sexes” would affect the power dynamic in the family unit and other societal structures that are based on the submission, ignorance and pliability of women. What many fail to understand as a result of this reductive discourse is that being a feminist does not mean you are “against men”, it means you are “for women”. The existence of a pro-women’s movement does not threaten or invalidate the roles and rights of men; it merely strives to make life better for the disadvantaged gender.

It is therefore safe to say that men are not against feminism for what it is trying to achieve but against the possibility that it will shift the power balance that has favoured them for millennia. But what about the women who are against feminism?

Nigeria has had several prominent women speak out against feminism. First was pop icon and sultry songstress Tiwa Savage, who said in a radio interview, “I don’t think that’s how God created us, especially in the household. So I think as females we can be strong in our career and stuff, but when we are home we have to realise that the man is the head of the house.” This is a view that reduces feminism to gender roles, as mentioned above.

Another prominent personality, Nigeria’s DJ Cuppy, said in an interview with CNN in July 2018, “I think it’s amazing – young females doing what we’ve been told we can’t do, and I really feel like women are very powerful. I had to leave Nigeria to realise my power because a lot of times as a woman you are constricted in what you can do and what you can achieve.”

After backlash from the public, DJ Cuppy backtracked on this sentiment, saying in a radio interview, “I would never come out as a feminist because I’m in a male-dominated industry so I have certain scenarios where … I deal with men on a day-to-day basis and I realise they are always going to think they are better than women.” “If I sat down all day and spoke about how hard it is being a woman, I wouldn’t have time to be here because I would be somewhere in Alade market, talking about how women need better rights,” she continued.

Watched an interview by an “educated young female” saying she isn’t a feminist because if she was she’d have to be fighting in the market… disappointed, but terribly confused! I think more needs to be done to properly educate about what exactly feminism is!

2. You can't change the oppressors opinion, so why bother. Your average Nigerian's attitude to systems of oppression.

Whereas such views expressed by celebrities are polarising, it is those of female politicians that hit the hardest because they are actually in a position to steer change and inform policy. Eunice Atuejide, a female presidential candidate in Nigeria’s 2019 elections, proclaimed that she was “not a feminist”.

In a radio interview, Atuejide said that Nigerian author Chimamanda Adichie is “an extremist”, saying: “I hope some of our women do not necessarily take on too much of the things she is saying because some of them could actually turn around and bite them in the bum.”

To think that this came from a possible future leader of a country ranked 122nd out of 144 countries listed in the World Economic Forum’s 2017 Global Gender Gap report. Furthermore, there are only seven women among the 109 people in the Nigerian Senate and only 22 women among the 360 people in the House of Representatives.

Despite these worrying statistics, this so-called ‘leader’ has gone on to reduce feminism to cooking and door opening.

I'M NOT A FEMINIST!
Na by force?
And who is a feminist?
My friend who won't cook for her husband & kids cos of equality?
The one who always insults men bcos she can? Ladies who won't let men hold doors for them cos it diminishes their value? What does feminism mean?#ANigeria4All

Again, I'm not a feminist!
I actually hate it when people call me feminist because that word means too many things, many of which I DON'T LIKE!
EVERYONE should have a fair chance.
Be yourself and be treated right being yourself
So guys, lets caption this picture!#ANigeria4All pic.twitter.com/JPJkebOU3W

Ironically, her political aspirations are exactly what feminism is all about. Ayisha Osori, the Nigerian author of Love Does Not Win Elections, pointed this out to CNN, saying about Atuejide, “You are a feminist. Not even just by labels, but by what you are trying to achieve – because you are basically saying, ‘My voice counts, I count as a human being and I have the right to be in this position.’”

Osori added that this applied to “any woman who runs for any leadership role in a very patriarchal system like Nigeria, a country where the representation of women in politics is extremely low”.

One would hope that such anti-women sentiments among prominent, ambitious women would be less rampant in a country whose president, Muhammadu Buhari, said in 2016 that his wife belonged “to my kitchen and my living room and the other room”.

Related Topics:Gender equality Nigeria
Up Next