From message to violence: what to watch for in the media ahead of Kenya’s elections
Advertisement 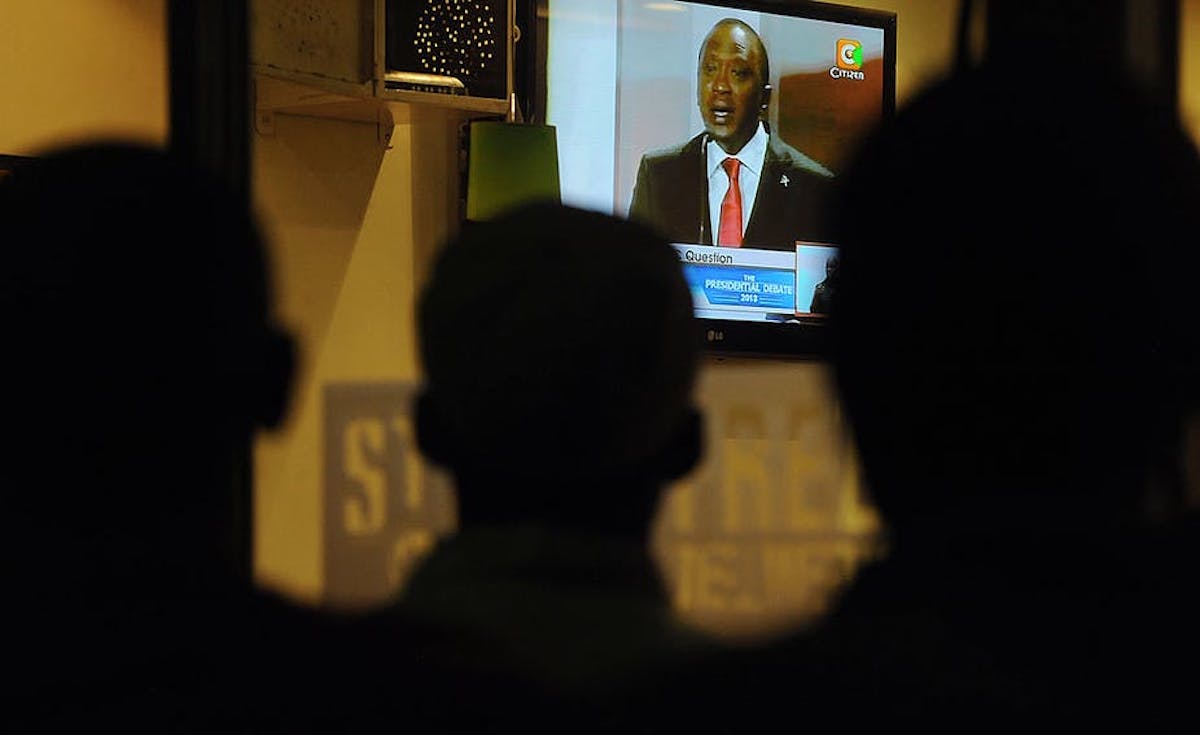 As Kenya heads towards elections, concerns about the outbreak of electoral violence tend to rise.

Existing research has offered several explanations for the violence. These include weak political parties, perceptions that elections are high stakes for different communities, and land grievances.

The evidence for these explanations is compelling. For example, the weakness of parties has meant that political patronage has usually trumped policy proposals in Kenya. In a related vein, grievances over the distribution of land have provided politicians with a powerful means to organise violence.

But researchers are yet to fully understand how, when and why political elites succeed in encouraging ordinary citizens to engage in violent conflict. To better examine this issue, we conducted interviews with vernacular radio listeners in the Central, Nyanza and Rift Valley regions. We also interviewed political elites in Nairobi, Coast province and the Rift Valley.

Our work helped us to uncover three important narratives disseminated via vernacular radio. These informed participation in violence during Kenya’s 2007-2008 post-election crisis. These were:

Political marginalisation: This narrative emphasised economic deprivation and political alienation of some groups. (An example is the Luo.)

Victimisation: This exploited deep-rooted land grievances to cast some communities (the Kikuyu, for example) as the primary beneficiaries of policies after independence.

Foreign occupation: This narrative capitalised on fragile inter-community relations in areas such as Rift Valley. It cast Kikuyus as “foreign occupiers” of Kalenjin and Maasai ancestral lands.

Drawing on this work, we suggest that the media – newspaper, television, radio, and online platforms – can inform perceptions of what’s at stake in elections. Media narratives, in other words, can offer an early sign of the risk of violence.

In August, Kenyans will vote in presidential, legislative, and county-level elections. These contests will be the third since the country got a new constitution in 2010.

In the era of multi-party politics, several Kenyan contests – especially presidential ones – have given way to violence. As the Kenyan writer Patrick Gathara has observed, presidential contests in which the incumbent is seeking re-election have been particularly prone to conflict.

Constitutional changes implemented since 2010 were partly designed to weaken the presidency and reduce the stakes of national contests. But recent research has found that the political logic of Kenyan elections remains largely unchanged. Scholars have also shown that elites’ incentives to foment violence are strong in many parts of the country.

The latest changes in elite-level groupings and alliances are now generating concerns that electoral violence could return to Kenya in 2022.

This is primarily because President Kenyatta and Deputy President Ruto have turned into adversaries. The former allies were leaders of an unlikely electoral coalition which won national elections in 2013.

A related worry is that many citizens are reporting low levels of trust in the Independent Electoral and Boundaries Commission.

We focused on studying radio messaging in our work because radio is the primary form of mass media. It is a dominant source of social and political information in Kenya. In studying the 2007-2008 post-election crisis, we found that vernacular radio stations played an important role in spreading messages of hatred and division in the country.

We found that narratives of marginalisation, victimisation and foreign occupation informed the stakes of the election. This was true for Luo, Maasai and Kalenjin voters. Their interests were cast as opposed to those of Kikuyus.

The country’s political environment has evolved since 2007-2008. Even so, the media still play a part in shaping perceptions of electoral stakes. We argue that some of the frameworks discussed above could re-emerge in the coming months.

To begin with, Ruto is no longer Kenyatta’s apparent successor. Narratives about victimisation (and betrayal) could become prominent. In meeting with constituents, the deputy president has already used such language to describe the president’s actions.

Beyond victimisation, we observe that three newer narratives are gaining some traction in electoral politics. They are also appearing in the media’s coverage of the upcoming elections.

First, the deputy president has cast the polls in populist terms as a “dynasties versus hustlers” contest. Here, Kenyatta and former prime minister Raila Odinga are cast in the dynasty category and Ruto as a hustler.

Second, the deputy president’s right-hand man and the former majority leader in the National Assembly, Aden Duale, has portrayed Odinga as a “state project”. This frame suggests that members of the ruling Jubilee Party and other influential actors are grooming the former prime minister for the presidency.

Such representations have not gone down well in Odinga’s camp. As a counter-narrative, the Kenyatta-Odinga “handshake” team and the newly formed “Azimio la Umoja” (Unity Declaration) movement have cast Ruto as a thief who cannot be trusted with public coffers.

Third, the rift over constitutional amendments through the Building Bridges Initiative is emerging as a relevant element in the August elections. The thwarted initiative has increased political intolerance between rival political elites and their potential voters.

We caution that these newer narratives, combined with prior frames about marginalisation, victimisation and foreign occupation, could inflame tensions.

The rapid proliferation of social media platforms in competitive electoral settings such as Kenya also comes with some risks. There is limited policy related to online content regulation. This makes it difficult to contain messages of political intolerance in these spaces.

There is already evidence to suggest that many of the conversations conducted over WhatsApp in Kenya are inflammatory.

Different forms of media will need to balance the polarising narratives that are emerging from the major electoral camps to keep violence at bay.

Zimbabwe by-elections are attracting huge crowds, but don’t read too much into them

The generative passion of Walter Rodney