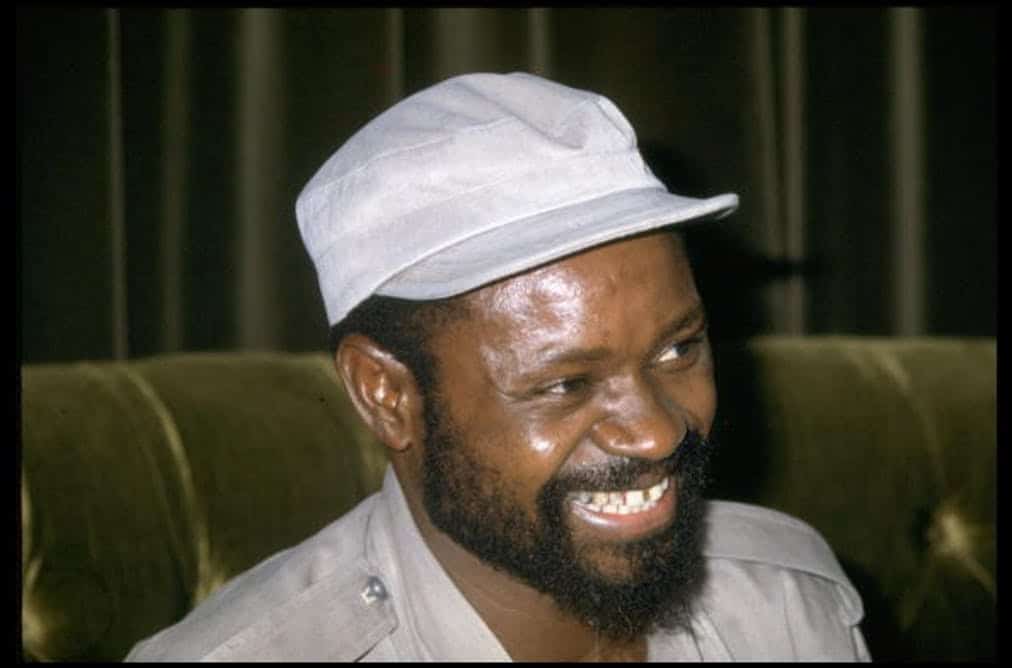 Forty-six years ago, Samora Machel, the leader of Mozambique’s liberation movement and the country’s first president, stood before a euphoric crowd at Machava Stadium and declared the

complete and total independence of Mozambique.

He inspired the people of Mozambique to imagine and build a new nation in which development, social justice, an solidarity with – and care for – the oppressed took centre stage.

Four decades later, Machel’s declarations ring hollow. His words and the new dawn they heralded have since disintegrated.

I’m a Mozambican political sociologist. I have been a keen observer of the country’s changing economic, social and political structures since the early 1990s.

The declaration of independence in 1975 proclaimed a social contract that contained the ideals of freedom. These included economic and social justice, eradication of hunger and poverty, health and education for all, equality of all people regardless of ethnicity, race and gender, emancipation of women, the rule of law and human rights.

But Frelimo has squandered the enormous political capital it enjoyed at independence. The party remains in power by using violence, intimidation, harassment and threats. Generalised lawlessness characterise Mozambique today.

Governance crises and deep rooted corruption permeate all aspects of political, economic and social life. Popular discontent with the Frelimo government is on the rise. This explains the armed conflict in central and northern regions.

Mozambique was the first country in southern Africa to become independent through armed insurrection. This threatened the white minority regimes of Southern Rhodesia (today’s Zimbabwe) and South Africa. Both feared that Mozambique would become a haven for the liberation movement guerrillas of the respective countries. It was, therefore, in their interests to topple the Frelimo government.

As Mozambique celebrated independence the regime of Ian Smith in Zimbabwe conducted air raids in southern and central Mozambique. Civilians were killed and communication systems, bridges and crops were destroyed.

The Rhodesian regime also teamed up with Portuguese malcontents who still had interests in Mozambique, to create a surrogate terrorist movement, Renamo.
When the Rhodesian regime fell and Zimbabwe became independent in 1980, the South African apartheid regime stepped in to finance Renamo’s operations. Its 16-year war of destabilisation consisted of acts of terrorism that produced profound psychological trauma.

The war of destabilisation and natural disasters created the need for foreign aid. Working with the World Bank and the International Monetary Fund, Frelimo introduced structural adjustments in 1987. These programmes involved economic liberalisation and deregulation.

The programmes involved widespread privatisation of state-run companies, massive layoffs and unemployment and cuts in government spending on social services. The cost of food, water, housing, electricity, transport and telecommunications went up. Poverty and inequality increased.

At the same time Frelimo elites set about building an extensive patronage system.

In my view Frelimo political elites have presided over the natural resource mismanagement, looting and environmental crimes.

In the past 20 years many rural communities have been forcibly removed from their homes to make room for agribusiness, mining, oil and gas companies.

In addition, natural ecosystems have been plundered. The deforestation of central and northern regions has left areas subject to vicious cycles of droughts, cyclones and floods.

In 2013, the Environmental Investigation Agency investigation found that 93% of logging in Mozambique was illegal.

But the most marked exploitation of natural resources followed the discovery of large reserves of natural gas in Palma district, Cabo Delgado province.

Local rural communities have been dislocated and impoverished. The transfer of the Afungi peninsula in Palma district, where the French company Total has been constructing its liquefied natural gas infrastructure, was marked by government threats, intimidation, coercion and lack of transparency.

Without just compensation and meaningful free, prior and informed consent, communities that for centuries relied on fishing for their livelihood were evicted from their fishing grounds forever.

In Cabo Delgado, nearly 1 million internally displaced people are in desperate need of having their basic needs met. This includes shelter, water, sanitation and education.

Those suspected of aiding the enemy are disappeared, tortured and killed.

The 1975 declaration of independence also proclaimed the complete “emancipation of women”. But most women in Mozambique live under deplorable conditions, stripped of their rights, humanity and dignity.

In the declaration of independence, Frelimo proclaimed that the new government would fight and eliminate all the “faces of colonialism and underdevelopment”. These included diseases, illiteracy and hunger. It said health services network would be extended throughout the country. Frelimo also promised to promote the spread of education at all levels.

These promises have not been met. The Frelimo government has overseen growing poverty and inequality. It presides over low human development indices, especially in rural areas, particularly in the central and northern regions. Among these are:

Corruption is rife. An egregious example was the revelation of the country’s biggest ever financial scandal in 2016. Senior government officials acquired secret and illegal loans from Switzerland’s Credit Suisse International and Russia’s VTB Capital. It later emerged in court that more than US$17 million had been paid in bribes to the Frelimo party and two serving ministers at the time – defence and finance.

The ideals of the struggle for freedom outlined in the 1975 declaration of independence are lost and forgotten.

In my view Frelimo has made a mockery of the ideals of liberation. Mourning, not celebration, is suitable for the occasion.

Something new from Africa? Our decade to shape the African century