The forsaken people of Northern Kenya 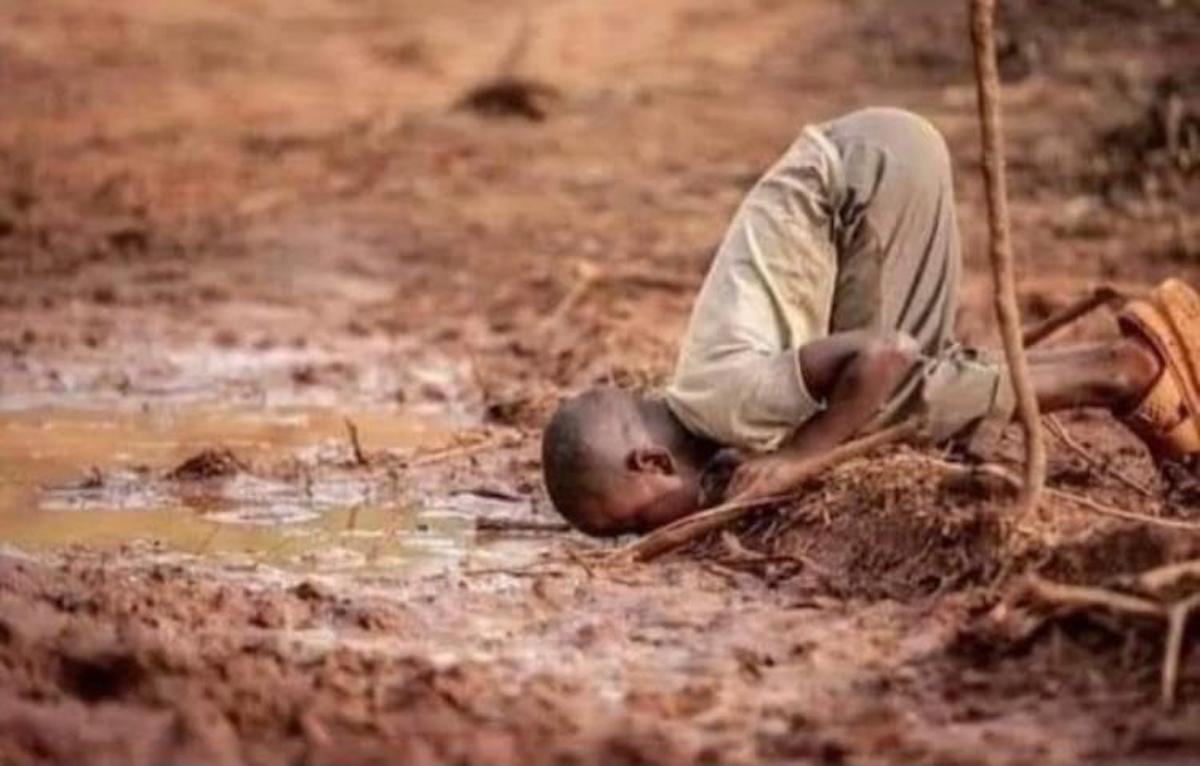 Kenya has communities with different economic activities spread across the country. The central region, Western and Nyanza regions, and a part of the Rift Valley regions rely on subsistence or large-scale crop farming, whereas all other regions, particularly the north, parts of Rift Valley and upper Eastern, rely on livestock keeping. Though there is a change in rain patterns across the country due to climate change, the impact is much more severe in the livestock keepers’/pastoralist regions, with people losing animals to the pangs of drought and disease. These pangs have now turned towards the people, with a lack of food and water claiming many human lives.

Other than the effects of nature, successive governments have purposefully disregarded the northern region’s needs. The region had traditionally been regarded as a buffer zone between Kenya, Somalia, and Ethiopia during colonial times up until the 1980s. Because of this, the populace they have had very little concept of democracy, good governance or service delivery; all they know is that men in boots with guns are the government and their word is the word of government. Comparable to the words of colonial representatives, you cannot question their words and they called the people “haramia” (illegals). Bullets blatantly killed animals while maiming or killing people. Government policies turned a blind eye to the region after independence. By dividing the nation into economic and non-economic areas, Sessional Paper 10 of 1965 specifically ignored the region. Article 133 of the Constitution of Kenya states that “to make the economy as a whole grow as fast as possible development money should be invested where it would yield the largest increase in output” expressly ignoring the region.

Given the government did not want to exploit livestock production or could not identify natural resources such as oil or wind for exploitation the policy particularly Article 133 denied the region basic infrastructure and facilities including roads, hospitals, water and sanitation and education institutions. The lack of this basic infrastructure has made the region lose children, and women to illness in the name of boosting economic growth.

Parts of Kenya are facing a drought causing livestock and crops to die. Photo supplied

The 2010 constitution was initially seen as a blessing in disguise for the region. There was hope for the region through constitutional provisions on equitable representation leading to its being allocated more seats at the national level. While not comparable to other regions, at least some special funds were allocated through the devolved governance system. However, the constitutional ray of hope is diminishing by the day given the national government has not seen it necessary to implement article 204 of the constitution on equalisation that would have helped in addressing perennial challenges by supplementing the efforts of county governments, by direct additional resources to the region over and above the county allocations.

The article on equalization tries to remedy the inequity resulting from various policies since independence. It requires the government to allocate half a per cent of all the revenue collected by the national government each year calculated based on the most recent audited accounts of revenue received towards marginalized regions. The extra resources are meant to augment the provision of basic services including water, roads, health facilities and electricity to marginalised areas to the extent necessary to raise the quality of those services in this region as close as possible to the level generally enjoyed by the rest of the nation.

President Uhuru  Kenyatta attempted to implement the article through the establishment of a committee with a secretariat during his final year in office after the budget was approved by Parliament. Nothing has been heard from or about them since their appointment. In addition, he declared a national drought disaster and allocated Ksh. 2 billion in aid to the affected areas.

People who were supposed to be lifted to the level of other Kenyans by Article 204 are now facing death as a result of drought caused by a lack of rainfall over two calendar years, which has devastated an already vulnerable region. Climate change has made livestock farming impossible, while hunger and other related conditions such as malnutrition are decimating them. From the 1990s to the present, at least one person has died as a result of hunger or related issues to it in every household in the region.

Will Kenya’s new President Dr William Samoi Ruto’s government give Article 204 the attention it deserves? We have to wait and see. While we wait, we must keep in mind that he signed an executive order subsidising fertiliser and that his speech at UNGA 77 was primarily about climate change and agriculture, excluding crop farming and livestock farming. Mr President, you have the authority to pause all development projects and first save the lives of Kenyans living in the Arid and Semi-Arid Areas (ASAL) region. At the very least, make them feel important and that Kenya is not complete without them.

Mr President, I recently went to a remote area in Marsabit County known as Watiti for work, but I ran out of energy. I saw malnourished men, women, and children with sickening stories about how a lack of food, water, and healthcare has rendered them all disabled equalising the young and old in misery. We were able to rally local leaders for some food substances and rescue some for further medication, including a set of twins and their mother, with the help of well-wishers. Mr President, we lost one of the children to malnutrition while he was receiving medication, and I wondered how many more are dying in the villages without anyone knowing.

Many face starvation and the Kenyan president, William Ruto, has declared the crisis a national disaster. Photo supplied

Mr President. Kenya, particularly the region in question with Ethiopia and Somalia, is home to 70% of people experiencing extreme food insecurity, with the current drought and its consequences said by experts to be worse than the 2011 one which killed 260,000 people, or the worst since the 1990s. As evidenced by the child death I witnessed, people have already begun to die across the region. Around 4.3 million Kenyans are suffering from hunger pangs and may soon become just statistical footnotes of those who have died if there is no urgent intervention.

Mr President, The vulnerable members are also being targeted by religious opportunists dangling food in the name of aid on the condition that they convert to another religion to access support, which is completely against basic human decency. But remember that beggars can never be choosers and for some of them, it is now a matter of converting from one religion to another or facing death. I besiege you on their behalf to suspend all other state operations and save the lives of these communities.

Mr President, there is no other country called Kenya, and these Kenyans have no other country or entity that can support them unconditionally except their government. Please do not turn your back on them.

Related Topics:Climate changeGovernanceKenyaLand Rights
Up Next