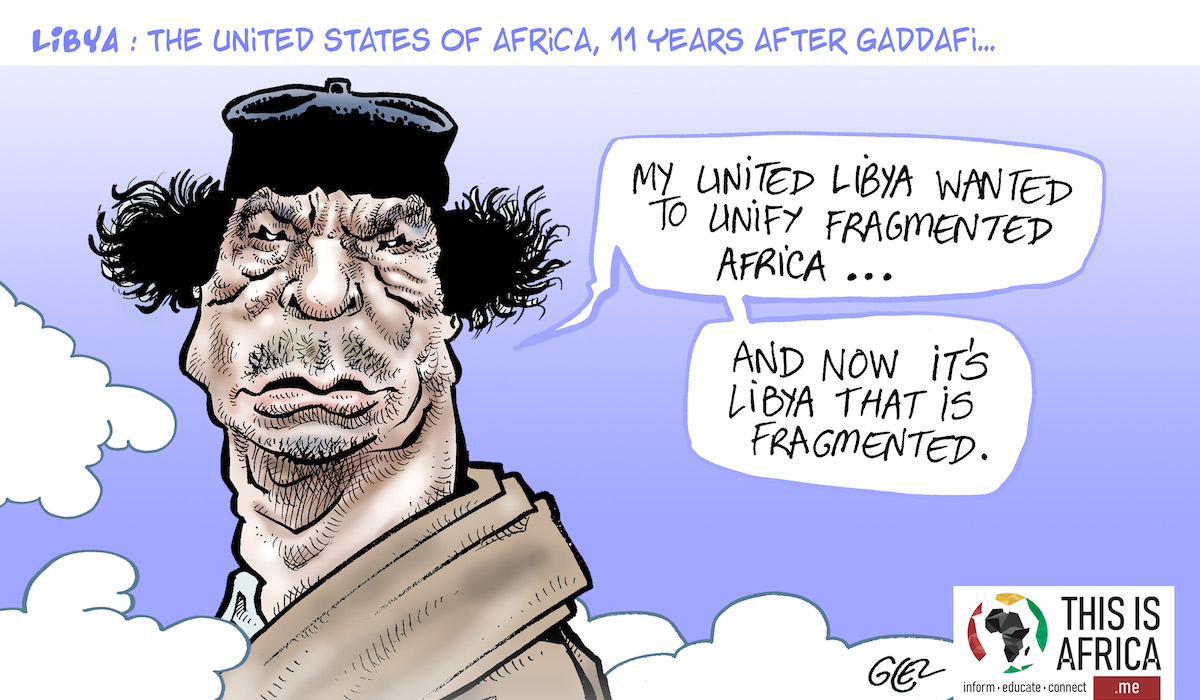 October 20 marks the day former Libyan leader, Muammar Gaddafi was deposed. Gaddafi was killed in October 2011 during the Battle of Sirte. 11 years on, the country is still in chaos despite efforts to put it back on the road to recovery.

The Pan African dream for an African unity government, which Gaddafi pushed for also seems to be have been long forgotten, with no firm plans by African leaders to create a more politically unified Africa as Gaddafi envisaged. Gaddafi’s 42-year rule still divides opinion across Africa, as critics point to corruption and systematic human rights abuses during his rule while supporters and sympathisers extol him for economic achievements, improvements in education and healthcare. Gaddafi’s anti-imperialism stance has also endured.

Africa remains fragmented and Libya itself even more divided and in chaos. 11 years on, the unintended consequences of the toppling of Gaddafi are evident in Libya and the region. The prevailing insecurity and violent repercussions of the collapse of peace and security in Libya now stretch across the Sahel region.

The forsaken people of Northern Kenya