The myth of Deep State, how Raila’s Canaan dream went blue & other stories in the just ended elections
Advertisement 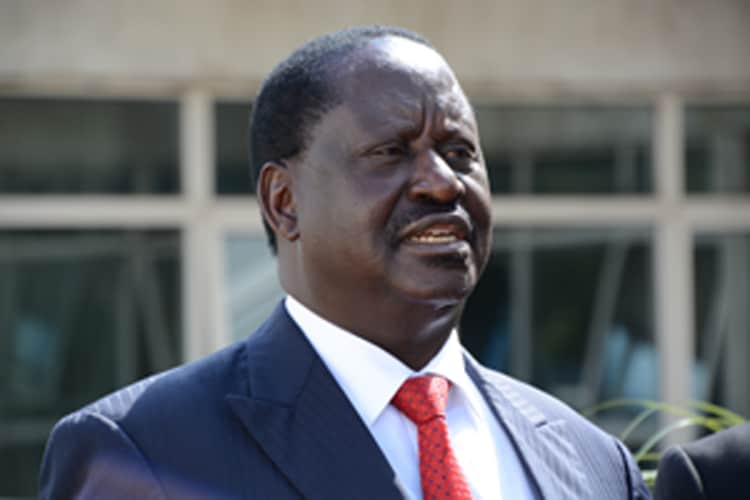 William Ruto before he became the president and when in a good mood, liked to tell an interesting and hilarious story. We will call the story, The myth of Deep State. It is an anecdote based on his first stab at the presidency with Uhuru Kenyatta in 2002.

Both of them a lot younger, both of them protégés and projects of the outgoing President Daniel arap Moi, the real difference was, he was better experienced in realpolitik than the greenhorn, hard drinking, easy-go-lucky son of the first president of Kenya.

Moi was on his last second term, after beating once again the fledging and disorganised opposition in 1997. Immediately, he started planning for his exit and re-organising the ruling nationalist party Kanu. Finally, after playing the likes of Vice President George Saitoti and Raila Odinga, who had abandoned the opposition ranks to join Kanu as secretary-general, Moi picked Uhuru Kenyatta as his preferred presidential candidate and paired him with William Ruto, who was then the Eldoret North MP.

Uhuru had failed in his endeavour to be elected as the Gatundu South MP in 1997. But Moi arm-twisted nominated MP Mark Too, baptised bwana dawa, the curer, to relinquish his seat to Uhuru.

As long as he was in charge of their campaigns, the two half-baked politicos took comfort in the knowledge that they were in the hands of the master strategist. What could possibly go wrong? Nothing. The duo was up against Mwai Kibaki and his running mate, the erudite Queen’s English maestro, Michael Wamalwa Kijana.

The master politician that Moi was, he picked a Kikuyu to face up to a fellow Kikuyu, the conservative, Kibaki, who had packed state experience as a VP, senior cabinet minister and now a leading opposition figure. But the inexperienced pair were upbeat and even cocky, because they were in the hands of the self-styled “Professor of politics.” Moi in his hey days, just like Louis XIV, believed that he was letat c’est moi.

After the introduction of multiparty politics in 1991, Moi began referring to himself as the professor of politics

After the introduction of multiparty politics in 1991, Moi began referring to himself as the professor of politics. One of his confidantes years later, would tell me that Moi would gloat that while the opposition had the likes of Prof Peter Anyang’ Nyongo, a PhD in political science, he was the real professor of politics, because, twice he had outwitted the nebulous opposition.

Anyhow, Kibaki whacked Moi’s project in a landslide by 62%, although, it is believed he had won by an even larger margin. Although Ruto knew they were thoroughly beaten, they still believed Moi would wave his magic wand and reverse the defeat. So, even as they campaigned, at the back of their minds, they knew Moi was arranging for their eventual win.

When the results were announced, what shocked them is not that they indeed had been walloped.  No. But that the Deep State had allowed them to be announced as losers. Where was the Deep State that Moi was reputed to have commanded? How had the master himself allowed this to happen? Maybe something had gone wrong somewhere, but Moi, the “Professor” of realpolitik was supposedly still on top of his game.

Anyway, after the shock treatment, the duo trooped to State House, hoping to receive further instructions from the professor. They were expecting Moi would perform some abracadabra and other hocus-pocus and voila, the Electoral Commission of Kenya (ECK) would announce Uhuru and Ruto as the real winners. “We truly believed that Moi would not let power slip just like that, he was the most powerful man in the country, nothing would defeat him,” observed Ruto.

This noxious belief, of Moi being the political magician, the man who controlled the Deep State, the man who was the Deep State himself, was so embedded in some his close confidants, that when it finally dawned on them that he had indeed agreed to relinquish power, some of them, like the powerful, former head of civil service, Sally Kosgei broke down and wept publicly.

“What are you still doing here?” Moi asked Uhuru and Ruto, when he found them lounging at State House, Ruto recalled. “Have you written your concession speech?” Uhuru and Ruto were dumfounded. What concession? Concede defeat. . .

He told them he was summoning Lee Njiru, his long-time press secretary to write a press release for them. “That’s how we found ourselves at Serena Hotel, reading the speech.” The two losers were so depressed, so traumatised, it took some time for them to heal and get back on their political feet again.

This Deep State story is just a myth, there’s nothing like Deep State

“Afterwards, it occurred to me that this Deep State story is just a myth, there’s nothing like Deep State,” reminisced Ruto. “When you hear people talk about how they have the Deep State, just know they don’t know what they are talking about. Was there any Deeper State than Moi himself?”

The subtext of Ruto’s observation was this: If Moi with all his political might and cunningness couldn’t do a damn thing about their electoral whipping, who is Uhuru Kenyatta? Uhuru, I have been told many times over, by his cohorts that he inspires neither fear nor love, unlike Moi, who was both feared and loved in equal measure.

When the military “trooped the colour” as the final act of Uhuru’s presidency on September 9, the cabinet secretary for foreign affairs, Rachel Omamo broke down and wept, just like Kosgei did 19 years ago. That’s how traumatic it is. Where is the Deep State, she also must have questioned herself, wondering why Uhuru wasn’t doing something about it.

In a chest-thumping bravado, Oburu Odinga, Raila elder brother and now Siaya Senator in 2021 told us, “we now have the system,” this time round, his brother wouldn’t lose the election. I’m told when Ruto heard this from Oburu, he just shook his head in amusement.

“We beat Raila when he was in the government, where was this Deep State you keep talking about? Between 2008 and 2013, Raila was a non-executive Prime Minister in Mwai Kibaki’s government.

Raila diehards were so enamoured with this “we now have the system” aphorism, they believed the presidency was theirs for the taking.

I had a sit-down with an Azimio coalition parliamentary contestant and a long-time friend of Raila Odinga. “‘We’ve been losing the election because we don’t have the state on our side, now we have it,’ pervaded Raila’s campaign so much so that contrary opinion or advise of whatever sort was not entertained,” said the politician. “The Deep State is on top of things, become the standard mantra to vexing problems that needed practical solutions.”

The most egregious of these vexing problems was the issue of agents and their payments, said the politician. “We implored the coalition honchos to ensure that agents were deployed countrywide. Of course, that never happened.” Why? I asked. “Oh, the Deep State is in charge. It was Oburu’s maxim cut and paste – we now have the system, sit back and relax.”

When Raila lost at the ballot box August 15, 2022, Oburu recanted his earlier statement: “Raila now controls the system and his entry to State House is automatic,” and amended it to; “When we were in conflict with the regime, the police were used to frustrate us, beat us, and assist our opponents in rigging…that is what I meant when I said we now have the system.”

“This story of not deploying agents is going to haunt Azimio and Raila for the longest time,” said the politician. “For how long shall we hear this boring, frustrating, tiring, sob story?” The politician told me how volunteers were rebuffed, “because the Deep State was on top of things. Their services were not required, save your energies boys.”

I end by narrating an anecdote given me by my friend, a European foreign correspondent, who had come to cover the 9th edition of the Africities Summit in Kisumu City between May 17–21. He told me the one week he was there, Deep State was the buzzword at the lakeshore city.

“You must be looking forward to the voting day, which by the way, is just around the corner?” He engaged some residents. Yes, because we have the Deep State this time around. We’re just waiting for Baba to be sworn-in, everything else has been taken care of.” He said he found this very intriguing. “I left Kisumu with the notion that Deep State among Raila diehards had become the Open Sesame to his imagined presidency.”

With Raila losing the presidency a record fifth time, has the myth of Deep State in Kenya been busted?