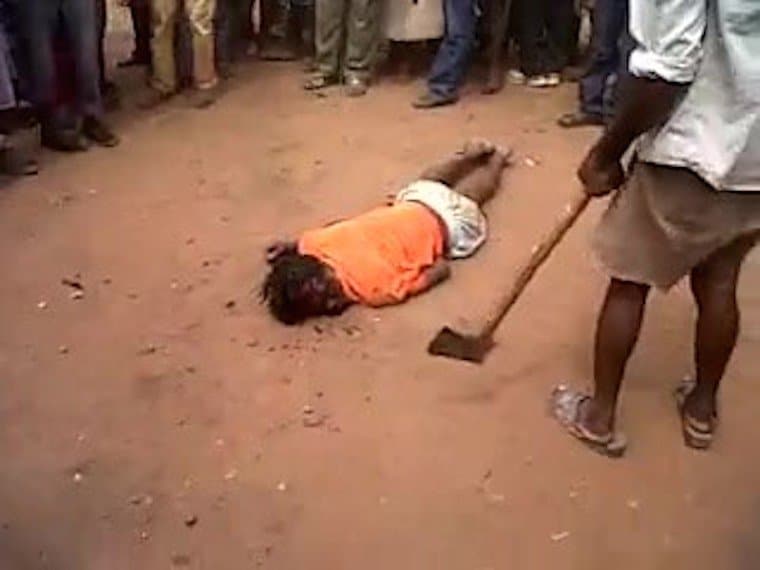 Remember the shocking South African mob justice video that went viral last week?
According to Times Live (SA), we have recent learnt that the SAPA police are investigating the matter and so far arrests have been made. Incase you missed it, the two-minute video shows a man (not a woman as we earlier reported) in an orange T-shirt on the ground being kicked and pummelled with the back of an axe.
This video is extremely graphic
[liveleak id=”f=293093418631″]
It was initially reported that the video of the attack was made on election day in Alexandra, north of Johannesburg, but police later found it was made in Tonga, Mpumlanga, in February and the victim was a house robbery and rape suspect.
Related Topics:Criminal justiceSouth Africa
Up Next