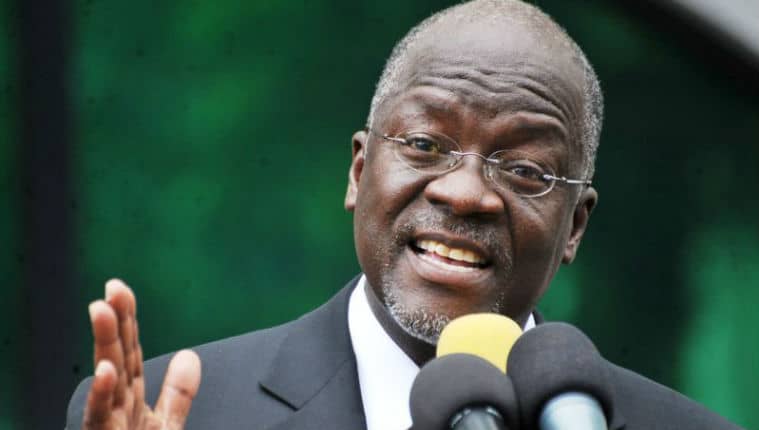 Whenever an African leader starts receiving applause on the barest minimum, wait for the applause to quiet down and watch their next moves. Such has been  the case with Tanzania’s President John Magufuli who was voted into power into 2015 under the Chama Cha Mapinduzi (CCM) party.

Popularly referred to as the ‘Bulldozer’ for the roads he built when he served as Minister of Works, the 60 year old was quick to get the attention of the continent and international press for his frugality, and hands-on approach. Independence Day in Tanzania was not celebrated with as much pomp as before when Magufuli assumed office. Ministers and top government officials could no longer fly first class on tax payers money. Board meetings were not to be held in expensive hotels. He became that face of anti-corruption almost every African nation wished their country would have.

According to a 2017 Tanzanian Central Bank report, in just one year the Tanzanian government managed to save $430m on foreign travel alone. The hashtag #WhatWouldMagufuliDo would trend on social media, a reference to his money saving and no-nonsense attitude. But quickly, just as he became the people’s favourite, he slid into the role of a villain.

Read: Pres Magufuli tightens security around tanzanite mine with a 24km wall

Tanzania’s latest theatrics against democracy was “withdrawing the right of individuals and NGOs to directly file cases against it at the Arusha-based African Court on Human and People’s Rights.” One of the hallmarks of a government headed towards dictatorship is the flouting of court rulings. In an Amnesty International report, the Tanzanian government apart from introducing The Media Services Act which has been used to stifle media freedom, has also “refused to comply with national and regional court decisions, including three East African Court of Justice (EACJ) judgements on violations of the rights to freedom of expression and information.”

While there is the need for a seemingly African president who is corruption free and respects the rule of law, Magufuli’s Tanzania has failed in that regard. On the 29th of July 2019, investigative journalist Erick Kabendera was arrested from his home without any warrant and kept in custody for seven days without seeing his family.

While President Magufuli’s earlier years as president can only bring nostalgia to some, the latter parts of his presidency have been marred by economic tensions between Tanzania and Kenya, cracking down on the opposition, human rights abuses and a clampdown on the media.

Global and historical lessons on how land reforms have unfolded