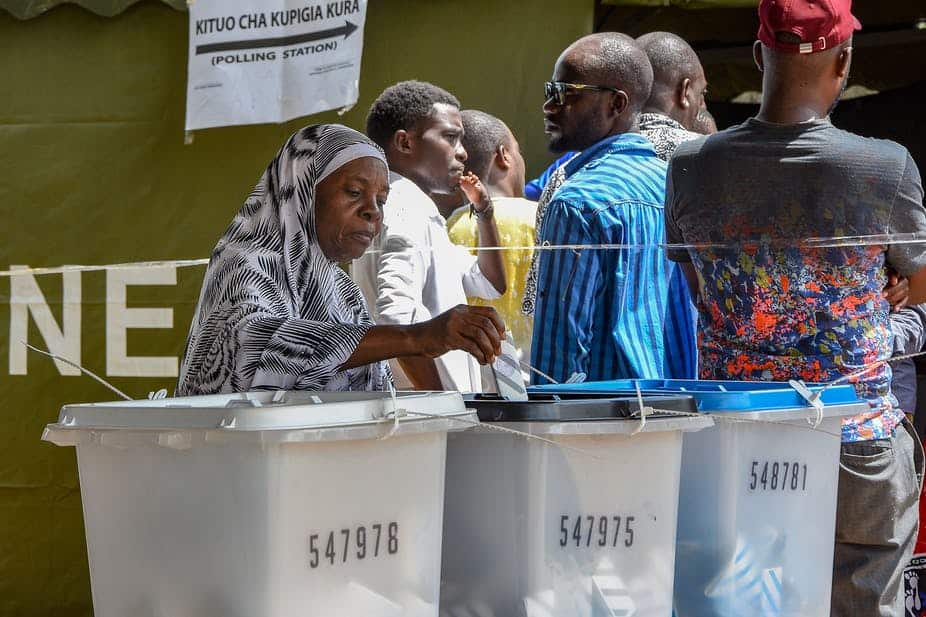 Elections are the quintessential arbiter of political contestation within democratic countries. This is a path Tanzania has followed for the past 25 years, since it first held its first multiparty elections in 1995.

But elections are only part of the institutional fabric of a democracy. And a democracy is only as good as its institutions – collectively.

The last cycle of Tanzania’s elections in 2015 was highly contested. President John Magufuli prevailed at 58.46% against 39.97% for his closest challenger.

Last week, Tanzania completed its sixth cycle of multiparty elections. The country’s dominant ruling party – Chama cha Mapinduzi – was declared the winner by a landslide. This time around, Magufuli won a highly suspect 84% against 13% for Tundu Lissu, leader of the opposition Chadema party. Lissu had only recently returned from Belgium to contest the polls after surviving an assassination attempt three years ago.

The result has drawn bitter denunciation from the opposition.

Chama cha Mapinduzi, having won all previous elections, has governed within a multiparty dispensation for 25 years. But this level of electoral blowout is unprecedented.

While the quality of elections should improve with every election cycle, this has not been the case for Tanzania. The country’s recent poll should be viewed in the context of flawed democracies that go through the motions of political contestation without fully embracing freedom, fairness, and transparency.

This electoral cycle demonstrated a fundamental weakness of democratic politics in flawed democracies – the superficial and instrumentalist practice of democracy without the intrinsic belief in the value system that democracy entails.

Read more:
Tanzanian poll is likely to usher in a new era of authoritarianism. Here’s why

Democratic transition is admittedly a long and winding road. In Tanzania, progress has been achieved in some areas areas like corruption, poverty alleviation, reining in waste and bloated bureaucracy, but in others there is clear evidence of regression. Since Magufuli came to power, there have been repeated attacks on civil and human rights, contracting of the political space, and diminishing of the opposition’s role as a counter balance to the status quo.

Flaws in the system

A number of developments point to deteriorating democratic health in Tanzania.

The laws that stifle freedom of speech have been extended to censor musicians who dare to speak out on issues of governance.

Unlike the 2015 elections, this round of elections has been characterised by controversy. Most baffling was the arrest of the opposition’s presidential candidate in Zanzibar a day before the elections. This was not only unethical, but went against the common courtesy that should be extended to a senior political leader. He was then released without charge. Zanzibar is a semi-autonomous Tanzanian archipelago off the coast of East Africa, which elects its own president on Tanzania’s election day.

The arrest of Chadema chairman Freeman Mbowe, among others, for protesting against the results adds to a litany of increasing authoritarian tendencies.

On top of this, there was growing evidence this time round that those responsible for being umpires in the election had gone rogue. Electoral commissions are considered critical to the effective functioning of the electoral process. How they perform determines the acceptance and legitimacy of the outcome.

In a flawed democracy like Tanzania, the gatekeepers of the institution are seen as neither neutral nor institutionally trustworthy.

This is so because the election commission is not only appointed by the president, but the commissioners’ security of tenure also depends fully on his confidence.

Financially, they are dependent on the executive for budget support and execution of their mandate.

The opposition has viewed the commission as partisan due to the way it managed the 2015 elections but even more so in how it handled the latest one.

One of the accusations levelled against it was that it suppressed opposition candidates by imposing undue requirements for their formal registration and in places disqualifying their candidates on whimsical claims while clearing ruling party candidates with questionable character.

The commission even banned Lissu from campaigning while leaving Magufuli unencumbered.

This raised questions about its neutrality in managing the electoral process.

Equally, while the police should be apolitical, the Tanzania police force was used as the ruling party’s attack dog to intimidate, arrest and harass the opposition. This, ultimately, skewed the election in favour of the ruling party.

A number of challenges persist in achieving substantive progress in democratic transition in the country.

First, as long as there is a weak institutionalisation of democratic norms, the ability to subvert democratic practice will remain. Going forward, civil and political rights and freedoms ought to be a central pillar of Tanzania’s election transitions. For instance, the right to appeal the outcome of the presidential election needs to be enshrined in the constitution.

Second, the politicisation of institutions of the state, especially those charged with legal and exclusive use of force like the military and police, are detrimental to the health of Tanzania’s political system. Institutions need to serve the state and not the political elite.

Third, a legitimate electoral process and outcome is central to political power contestation and periodic change of governments. This means that Tanzania’s National Electoral Commission should be beyond reproach. Its credibility and independence depends on how it’s constituted and appointed. The president should not have full control over the comings and goings at the electoral commission.

Fourth, freedom of association, of assembly and speech are corner stones of any democracy. The ability of citizens to freely assemble and speak about matters of public importance cannot be compromised nor subjected to the interests of the political class. As long as Magufuli and his ruling Chama cha Mapinduzi continue to believe in unfettered government, any democratic progress that Tanzania has made over the past 25 years will be eroded.

The October elections have not moved the country’s democratic needle forward. Rather, they have highlighted the fundamental flaws of a political system and political class bent on retaining power at all costs.

Tunisia should be a beacon of hope in a troubled region