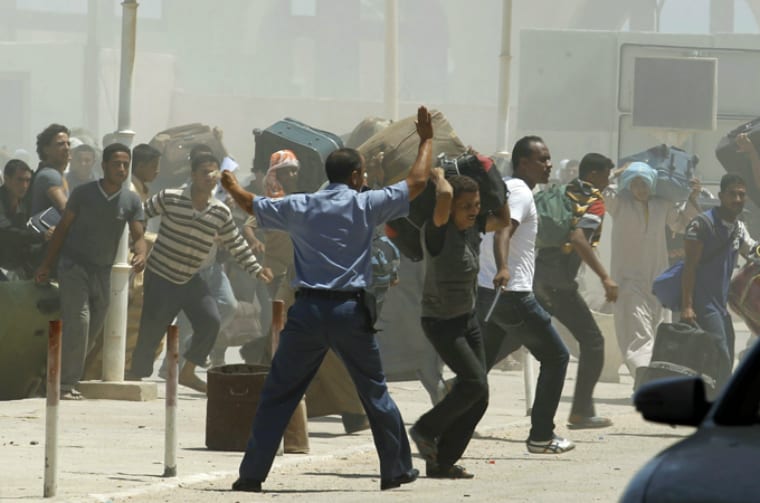 Thousands of Egyptians without visas held a protest at the Ras Ajdir crossing then managed to break through a section of the fence, according to Tunisian security officials.

This comes in the wake of Tunisia instructing its 50,000 to 60,000 citizens in Libya to evacuate as the violence in Libya escalates from its July beginnings.

Shots and tear gas were fired as police responded.

The border clashes on Friday was the second incident at the border in as many days, as thousands of Libyans stream into neighbouring Tunisia, along with foreign nationals.

A ministry statement said “The ministry of foreign affairs urges Tunisians who find themselves in Libyan territory to return home as soon as possible”.

The border clashes on Friday was the second incident at the border in two days, as thousands of Libyans gush into neighbouring Tunisia, along with foreign nationals.

The conflict in Libya involves rival rebel groups for control of the airport. Tunisia serves as the only escape route.

After a Tunisian police officer was wounded by gunfire from the Libyan side of the border, authorities closed the crossing, according to official Tunisian news agency, TAP.

Women’s Month must have real meaning