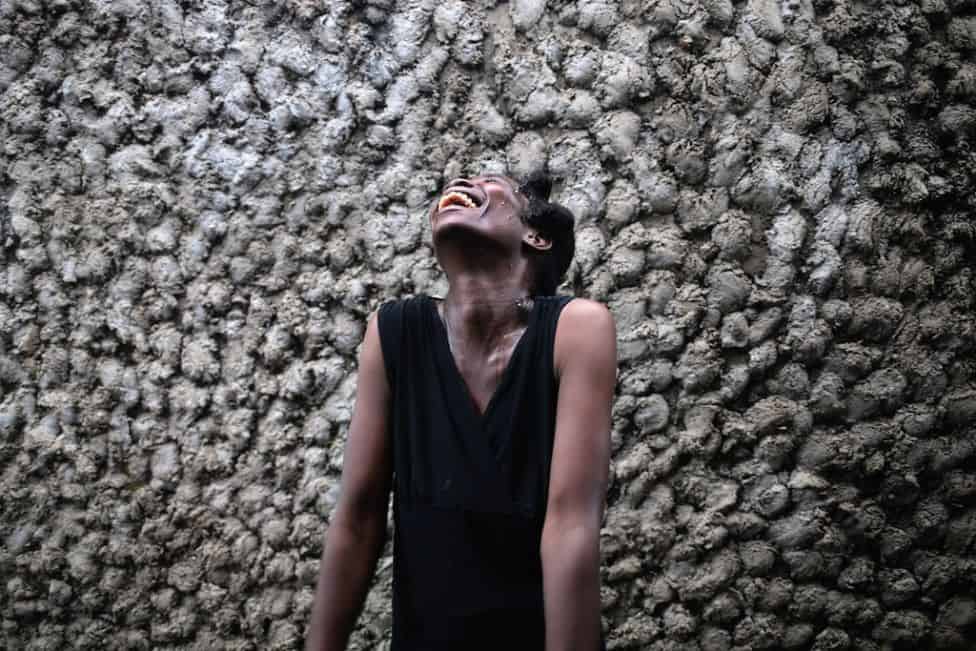 According to New Vison,  the 23-year old woman is nursing serious injuries she sustained after she was reportedly gang raped by two white men, one of whom was her employer.

The woman, who was raped and sodomised at the same time, was a maid working at Donny Gaderson’s home located on Ssese View Road in Entebbe. Garderson, who is now under arrest at Entebbe police station, is reported to have connived with a friend identified only as Richard and they did unspeakable things to the woman while they filmed it all using a camera phone.

When my boss came back home with a friend at 9:30am I started preparing them tea. My boss Donny called me telling me he wanted to show me something, but when I got there he and his friend grabbed me and undressed me. I tried to scream but they threatened to kill me if I did not shut up. I also got scared because there was no one who could help me.

They did everything they wanted for almost six hours. They raped me and sodomised me as they filmed everything on a camera phone while they communicated with someone else. When his friend left I told Donny I was in pain and needed treatment but he ignored me. The next morning Donny told me if I would accept to act porn movies he would make me the richest woman in Uganda. But I told him I needed treatment because I was in a lot of pain. He instead told me if I wanted to heal I had to do it all over again. He even sent me threatening text messages saying he would harm me. I decided to go back home in Jinja and told my mother about my ordeal. We sought help from different authorities but nothing came to fruition. I decided to come back to Kampala where I managed to see the co-ordinator and press officer in State House, Faruk Kirunda who advised me on the way forward. I filed case at CIID Kibuli number GEF:539/2014 from where I was sent to Mulago hospital for checkup. At Mulago I was informed that I needed an operation because my bladder was damaged and could not pass stool properly because the anus was also damaged.

Faruk Kirunda says the time the woman got to him she was in a very bad state but he coordinated with Kibuli police who mounted a search for the suspect. Donny was arrested at his hotel at 1.00am Thursday morning. This reporter was blocked by police at Entebbe from taking photographs of the suspect.

When New Vision online sought comment from police spokesperson Fred Enanga, he said they have had issues with Justice, Law and Order Sector (JLOS) regarding suspects’ rights. JLOS has severally complained about abusing suspects rights by parading them before the media and running their photos in the press before they appear in court. “We have had dialogue with JLOS and recently we put out a circular to all police stations about protecting the rights of suspects before they appear in court. We have lost cases in court because of such issues so the police at Entebbe acted professionally as the man is still a suspect,” Enanga said Enanga also noted that unscrupulous people have taken advantage of such cases by blackmailing the suspects and thereby destroying evidence.