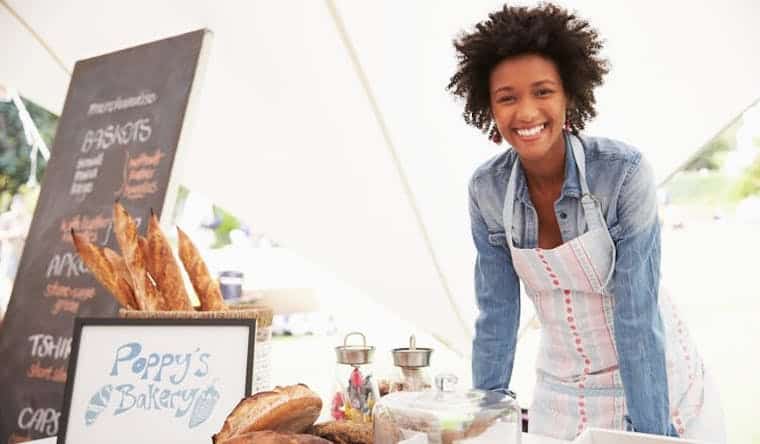 Africa has seen the highest growth among businesses run by women in recent years. This would appear to be good news: entrepreneurship is arguably crucial for job creation and economic growth.

But the flip side of this data is that businesses run by women are less likely than those run by men to grow because of a higher fear of business failure. This is not because women are bad entrepreneurs. Instead, it’s because they often start from a lower base. They have less start-up and investment capital, and possess little or no collateral security. This limits access to loans and credit. They are also affected by exclusion from certain sectors, as well as insufficient staff numbers. All these factors affect the growth and survival of their businesses.

This low base means that when it comes to sales, number of employees, revenue and productivity, women-owned businesses in developing countries tend to be smaller in size and grow more slowly than those run by men. Yet, research shows that those businesses are equally efficient and growth oriented as male-owned businesses.

This discrepancy led us to wonder whether there are targeted policies African governments can use to promote high-growth women’s entrepreneurship. So we conducted a study that evaluated why high-growth women-owned businesses are relatively rare in Cameroon.

The West African nation’s legal and commercial infrastructure, as well as its government support programmes related to some sectors’ entrepreneurial activities, are – on paper – more developed when compared to those elsewhere in the region, like Nigeria and Ghana.

But conversely, it has one of the highest business discontinuation rates and the lowest rates of opportunity-oriented early stage entrepreneurial activity in Africa.

Our findings reveal how being embedded in formal and informal networks enabled women to access and act on resources; this allowed them to realise slow and continuous business growth. But it creates a paradox. Women become locked into complex administrative, ethnic and patriarchal structures. These create reciprocal obligations that are difficult to fulfil, and limit women’s room for high growth.

A struggle to grow

In 2017, women constituted 49.96% of Cameroon’s population of 24 million.Previous research has found that 41.9% of Cameroonian women are interested in becoming entrepreneurs. And, of those who are already entrepreneurs, 56% are doing so because they see a real opportunity; 36.6%, meanwhile, say they are running their own businesses merely to survive.

Another study has found that about 70% of Cameroon’s women entrepreneurs are involved in the tertiary and services sectors. These include wholesale and retail trade, education, health and social services, arts and crafts, events management, food and beverage, hospitality and tourism. This trend carries into other African countries, too.

But their businesses face serious resource constraints. This is partly because of socio-cultural and structural inequalities that favour men. Women entrepreneurs struggle to obtain credit, and to access entrepreneurship education. They also battle to deal with government officials, and cultural norms make it difficult for them to cultivate business networks.

All of this, along with the reality of starting from a lower base than their male counterparts, makes it tough for women entrepreneurs to start big. They then battle to create growth-oriented businesses.

This is a blow for women entrepreneurs, and can have a real effect on their lives. Growth-oriented women entrepreneurs have been found to be among the happiest workers in any economy. More broadly, it has ramifications for the country’s economy.

These concerns and experiences were all borne out in our study. We analysed questionnaires, focus groups and interview data collected between 2014 and 2016 in Cameroon.

For instance, it is clear that countries need to create networks or regional clusters that specifically target women entrepreneurs who display growth aspirations. One approach would be to extend existing government policies on traditional manufacturing industry clusters to the women-dominated service industries.

Another would be to revise or expand a country’s national employment fund and tax incentives to deliberately target women entrepreneurs with growth intentions. This approach could be tailored to women who are already in the business system, and would be designed to help pay for training opportunities and to enable market access.

These organisations act not only as knowledge exchange and networking platforms but, importantly, serve as bridges between women entrepreneurs and their organisations, and various government departments and international NGOs. Membership would enable growth oriented members to be aware of and access existing opportunities.

Related Topics:InequalityWomen empowerment
Up Next

How to negotiate infrastructure deals with China: four things African governments need to get right