Youth Month: What does decolonised African education look like?
Advertisement 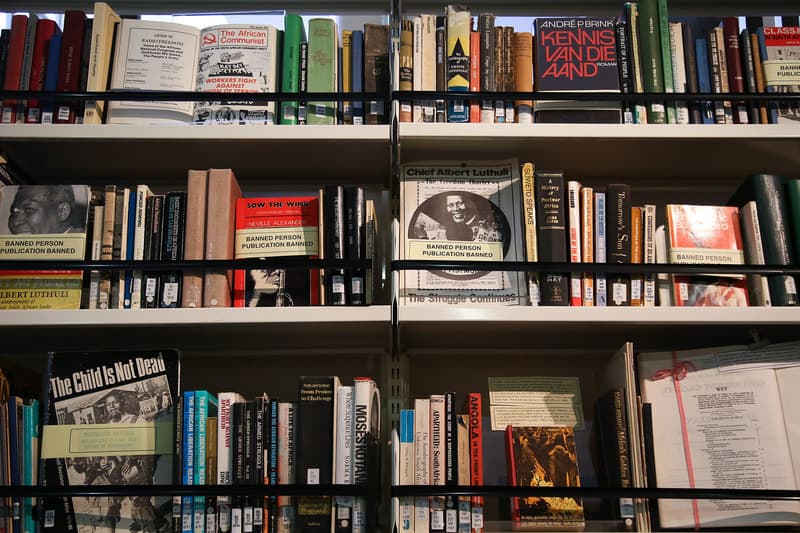 Are Africans doing enough to decolonise their education curricula? Or has the issue slipped quietly off the agenda, media specialist Dr Onkgopotse JJ Tabane asked a panel at a recent youth‑centred symposium. The time for theorising is over, he said. Youth‑focused action is needed – and an agenda to dismantle colonial systems.

Dr Tabane was moderating the second session of the recent youth-centred Africa Day symposium hosted by the African Peer Review Mechanism (APRM) and the African Union, in collaboration with the University of Cape Town (UCT) and its Nelson Mandela School of Public Governance.

If we lose the education war, all our other efforts won’t mean anything.

“Do we have a peer-review mechanism for education? Because if we lose the education war, all our other efforts won’t mean anything … We will continue in bondage,” Tabane noted.

Africa needs an urgent plan, he added, to “move things beyond the theoretical convergence that we often have at symposia of this nature”.

The first respondent to Tabane’s challenge was #FeesMustFall activist Mcebo Dlamini, who said that this process had to begin with Africans “decolonising themselves first”.

“We might have all these ideas of an Africa we want, but have we prepared the minds of our people? Because decolonisation seeks to speak to the mind, the attitude, the behaviour of black people.”

The biggest problem we have is that universities stand in Africa … but they are not speaking to African problems.

Colonialist education and the creation of an educated black elite are deepening divides on the continent, and not focusing on those living in poverty and facing African problems and diseases, such as Ebola. Neither did the system train Africans to be critical thinkers, Dlamini said.

‘Africa is in motion’

In her response, UCT Centre for African Studies lecturer Dr Thuto Thipe described the history of the centre being embedded in colonialism. It was created some 100 years ago to train British colonial officials to “run the empire” on African soil. A century later, her teaching centres on African political thought, and a master’s course titled “Problematising the study of Africa”.

We are reclaiming; we are taking hold; we are asserting our knowledge systems and our own histories in our education system.

“Africa is in motion,” she said. “We are reclaiming; we are taking hold; we are asserting our knowledge systems and our own histories in our education system and in imagining our present and our future.”

Dr Thipe said that Africans had resisted colonialism and imperialism from the time these systems had become entrenched on the continent, and had begun theorising and devising ways to imagine freedom and sovereignty – from the first Pan-African Conference in 1900 in London, through to the formation of the Organisation of African Unity in Ethiopia in 1963.

“There were so many articulations through international dialogues presented at these conferences on what decolonisation meant. It was an economic project, a social project, a political project, a cultural project all at once.”

Thipe added, “Our challenge now as we talk about youth, and we talk about rebuilding after COVID‑19, is: What does decolonisation look like for us in this moment, and coming moments?”

Thipe said it was heartening to know other academic disciplines were walking the same path to equip students with the history, politics, sociology and economics they need to understand their inherited context on the continent.

In African Studies, the team had put African thinkers at the core of the curriculum.

“African Studies has no intention of claiming to be the space where you think about Africa … African studies is a framework; a theoretical or scholarly approach to thinking about Africa in an interdisciplinary department that brings together different ways, disciplines and backgrounds in studying and analysing challenges and experiences on the continent.

“So rather than trying to ghettoise African Studies … we want everyone on this continent to be studied and understood.”

Acknowledging that more could be done, Thipe said, “But we are there, doing this work. And our students are engaging, thoughtfully and rigorously, around these ideas. So, I think that we are in motion. Now is not the time for pessimism. When you are in motion you keep the momentum going, in line with the goal you have for the future.”

Nigerian respondent Stella Agara of YouLead, a youth employment and entrepreneurship programme, said decolonising education was a priority on the African agenda and that “colonial education perpetuates [a] capitalistic model that will eventually swallow us … and eventually leave us out of the map of the world.”

Agara said that in developing the Pan African Youth Leadership manual resources compendium, they found that most resources about leadership in Africa were from the West.

“Where are we investing the budgets or the resources that we set aside for research, if we are not giving these to Africans to develop quality content that can be used to educate ourselves? How do we get an education system that is going to bring us back to appreciating ourselves?”

Why are we giving our best away?

Truth is the founding pillar of creating dignity for Africans, she said.

“Tell youth the truth about conflict in Africa and the external influences in that conflict; the truth about who funds elections and aid … [We need] a system to enable young people to understand dynamics on the continent and prepare leadership that will challenge those problems.”

“[We need] innovation to ensure Africa does not merely produce raw materials where value is extracted overseas. Why are we giving our best away?”

She said that COVID-19 has taught Africans a very difficult lesson: When countries went into lockdown, they turned to internal markets.

In her response, Student Representative Council treasurer Oratile Thothela said that Eurocentric, racist and sexist curricula were at the heart of students’ alienation in higher education institutions.

But we can’t remain in this cycle of theorising and not implementing this.

Referring to the APRM, Thothela said that the concept of peer review existed at the level of scholarship, and among those writing theses and documents exposing the decolonisation of the African curriculum.

“But we can’t remain in this cycle of theorising and not implementing this.”

There was also a disjuncture in both content and manner of delivering content in the traditional hierarchical way of lecturing: a lecture delivered from the front of a room, in the form of a speech, followed by tutorials and assessments.

“It doesn’t engage with different cultural ways of knowing or being or art or oral assessment, on which African culture has centred their traditional ways of learning.”

This must change, lest universities continue to produce graduates ill-equipped to serve their society.

In his closing words, Dlamini pointed out the issues were many and complex, ranging from regionalism to ethnicity. The assimilation of black people into colonial, Western ways was almost complete, “killing the minds of black people”.

“That oppression repeats itself from generation to generation. It needs special attention. As scholars, we haven’t defined what decolonisation is. What is it? What does it look like?

Rethinking how we look at Africa’s relationship with China

Nigeria’s decision to ban Twitter has no legal basis. Here’s why