Zimbabweans live in fear of vigilantes in Diepsloot 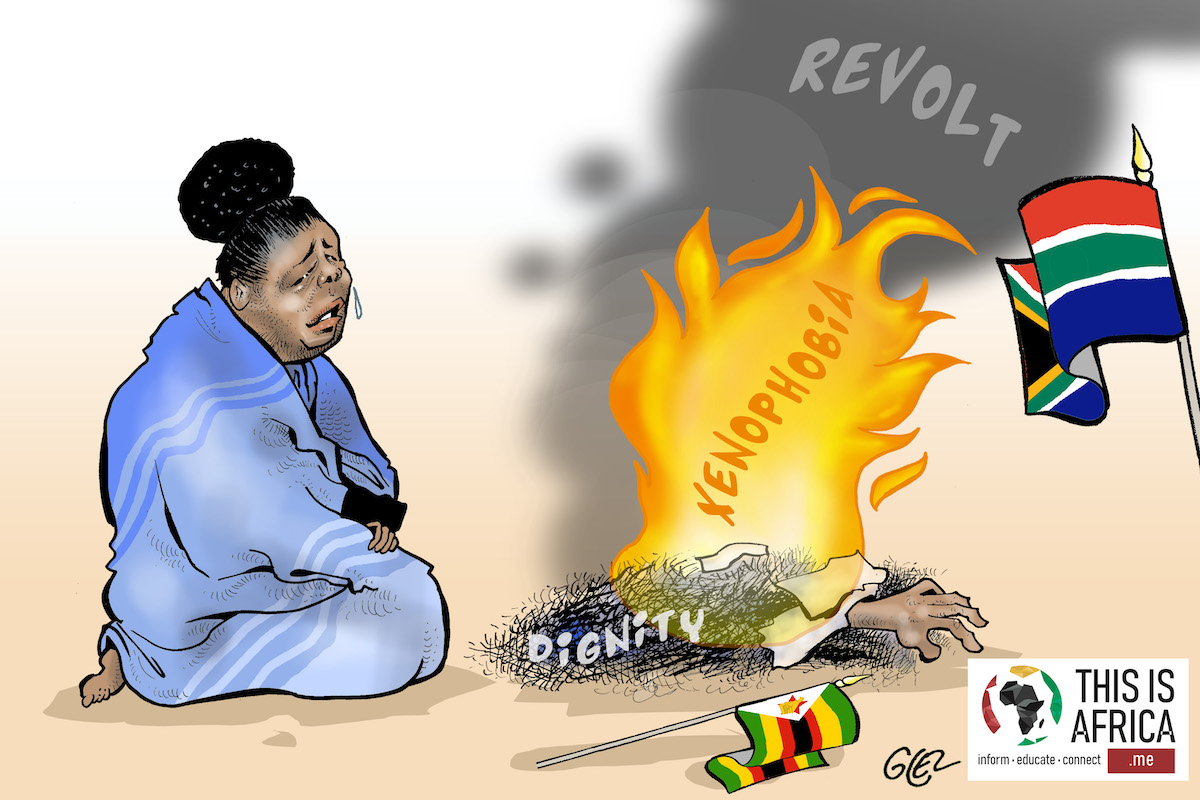 Immigrants in Diepsloot, Johannesburg, say they live in fear after a Zimbabwean man, Elvis Nyathi, was killed, allegedly by a mob, in Extension 1.

“When one of our own just pointlessly has lost his life, because he didn’t have proper papers and the assumption was that he had a gun, that is very painful,” said Bongani Mkhwanazi, a spokesperson for the Zimbabwean community.

He said he had spoken to Nyathi’s widow.

“The mob whipped his wife, demanding she show them where the husband kept his gun, a gun he didn’t have. They eventually demanded R300 to release him, but she only had R50, so they took that. They went on to burn him alive.”

“We feel the law enforcement is passive on this matter. These vigilante groups have been harassing people for a long time,” said Mkhwanazi.

On Friday, after the community had protested for several days about criminals running rampant and inaction by the local police station, Cele went to address residents for a second time at a hall in Diepsloot Extension 4.

“Your police are not working,” Victor Senyolo, a pastor in Diepsloot, told Cele on Friday. “South Africa has no police. The drug dealers in Diepsloot are unfortunately friends with the police. I am calling on you Minister Cele to reshuffle the police from here.”

“We have heard that the local police station is understaffed. And serious crime offenders roam the streets freely without arrests. We have brought 16 new cars for the station as we promised, and local ward councillors have seen them,” said Cele.

Cele assured residents that officers from the Tactical Response Team would also be deployed. Masemola said 120 police officers had been sent to Diepsloot from various units. Motsoaledi said 25 immigration officials had been brought in.

Cele said that since Tuesday, 54 “illegal immigrants” and “undocumented” people had been picked up by police in Diepsloot following operations in the area.

But Community Police Forum (CPF) member Olga Malebati told Motsoaledi that corrupt officials, “criminals”, worked inside the two local Home Affairs offices. He said he could give him their names.

When Mkwanazi wanted to speak he was shouted down and chased out of the community centre. Mkhwanazi left the venue wearing a Johannesburg metro police jacket for safety.

“We were invited to that stakeholders’ meeting with the police minister by community leaders from Diepsloot,” said Mkhwanazi.

“We have met them before, I think about three times … We wanted to establish a crime policing forum, and also create a skills development forum … We tried to address this back and forth of us taking jobs from each other, so we hoped to share skills so that we all have capacity to take on jobs,” he said.

“It was not people genuinely concerned about crime. We send our condolences to that family. We also are repeatedly appealing to the people of Diepsloot Extension 1 to assist us with information that will lead us to the arrest of the person who committed this violent crime,” said Moalosi.

“We can’t credit the crime in Diepsloot to foreigners. The poor infrastructure in this place plays a very big part in allowing crime to happen,” said Moalosi.

“We will however,” he said, “… focus on the issues of illegal immigrants that are running businesses here.”

Sitshiwe Mafunga, originally from Zimbabwe, has lived in Diepsloot for the past ten years. She runs a salon and sewing business in Extension 4.

“I am constantly frightened now, even though I possess legal documents to be here. It is wrong for people to get killed because they come from outside South Africa, because we are all Africans and human beings after all.

“The police must do their work and arrest criminals. Crime has no nationality as criminals here are also South African,” said Mafunga.

“We are scared now, and constantly lock ourselves indoors,” she said.

© 2022 GroundUp. This article is licensed under a Creative Commons Attribution-NoDerivatives 4.0 International License.

Burkina Faso | Blaise Compaoré’s sentencing: What it means for Africa