#EndSARS: How Nigeria can tap into its youthful population
Advertisement 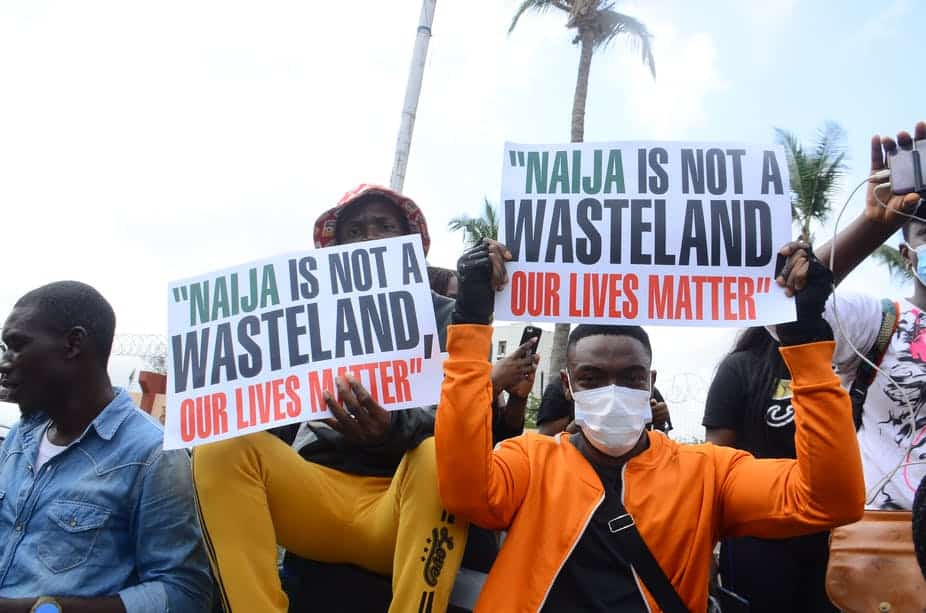 Protests in Nigeria against police brutality and specifically the Special Anti Robbery Squad, a police unit accused of human rights abuses, have mostly been by young Nigerians, aged 30 and below.

This age group, which forms close to 70 percent of the country’s population, have bore the most impact of bad governance. For instance, unemployment figures stood at 21.7 million in the second quarter of 2020. The youth account for 13.9 million of this. So, beyond the campaign to end police brutality, current protests have other underlining factors. To better understand these factors and what Nigeria can do to fully benefit from the strength of its young population, Adejuwon Soyinka asked Uche Isiugo-Abanihe, Professor of Demography and Dr. Funke Fayehun, senior lecturer and population scientist, both at the University of Ibadan, to unpack the issues.

How would you characterise the demographic profile of Nigeria?

Nigeria, with an estimated population of about 206 million, is the seventh most populous country in the world. The high growth rate of Nigeria’s population, about 2.6 percent, is a product of persistent high fertility over time and consistently declining mortality. Nigeria’s total fertility rate is 5.3 with crude birth rate of 38 per 1000 population. With the high growth and fertility rates, the population is projected to increase to 263 million in 2030 and 401 million in 2050 when Nigeria would become the third most populous country in the world. That would be a jump of about 49% in 20 years

According to population projections by the United Nations for 2020, about 43 percent of the Nigerian population comprised children 0-14 years, 19 percent age 15-24 years and about 62 percent are below age 25 years. By contrast, less than 5 percent is aged 60 years and above. This makes Nigeria a youthful population with a median age of about 18 years, which is lower than African and world estimates of 20 and 29 respectively. Children and adolescents make up a large segment of the population, a product of many couples having too many children.

What role would you say the fact that 70% per cent of Nigeria’s population is under age 30, played in the ongoing #EndSARS protests?

The protests that are being held in major cities in Nigeria are led by youths. Young Nigerians between the ages of 18 and 30 years are the major victims of extortion and police brutality in the country. They are often framed as lazy and fraudulent and are constantly harassed by the police. This, coupled with the fact that 34.9 percent of Nigerian youths are unemployed, has led to outcries about the disbandment of the Special Anti-Robbery Squad (SARS). Unemployment stood at 21.7 million in the second quarter of 2020. The youth account for 13.9 million of this.

The alleged brutality of the SARS unit of the Nigeria Police Force include ill-treatment of young Nigerians, torture and extra-judicial execution and have made earning a living difficult for young entrepreneurs. The protests have, to a large extent, influenced government to dissolve SARS, replacing it with the Special Weapons and Tactics unit almost immediately.

Why do you think the ongoing protest has been largely driven by young Nigerians?

Nigeria has been unable to maintain a trajectory of improving economic development (currently about 2 percent to match its population growth of close to 3 percent). Hence, the country’s inability to provide the education needs, create more jobs for the expanding workforce, and provide basic infrastructure and services such as roads, electricity, and stable food supplies.

A possible result of remaining trapped in this state is that the government may reach a state of “demographic fatigue”. This is a condition where the state lacks the financial resources to stabilise its population growth and the capacity to manage available resources. It becomes unable to deal effectively with threats from diseases and population-induced crises such as communal clashes, banditry, insurgency and insecurity. The recent protests suggest that Nigeria may have reached this state because there is a huge backlog of youths whose capacity was not developed over the years and high rates of unemployment. These are compounded by lack of political will by the government to address the needs of the youth. This has led to discontent and frustration which are expressed through this protest.

How do you think Nigeria should handle its youthful population?

Large numbers of young people in Nigeria can represent great economic potential, known as demographic dividends. However, this can happen if families and governments can adequately invest in their health and education, and stimulate new economic opportunities for them.

The government should, as a matter of urgency, prioritise pro-poor policies. It should invest massively in education and youth empowerment, as well as health programmes for children and women that include an efficient family planning initiative. And it should implement sound economic and governance policies to create new business and economic opportunities. It goes without saying that carrying out these policies can be challenging for Nigeria’s social and government structures, making it difficult for Nigeria to take advantage of a demographic dividend in the next few decades.

In fact, simulation models constructed by Scott R. Moreland suggest that Nigeria can enter the ranks of lower middle income economies and obtain a demographic dividend only by 2050, if it adopts appropriate family planning, education and economic strategies. Meanwhile, the total population would have almost doubled to 401 million on the same total land mass of 910,770 sq. km (or 351,650 sq. miles). Only decades of purposeful, proactive and well-informed statesmanship can avert the impending catastrophe that will befall Nigeria.

Why #ENDSARS protests are different, and what lessons they hold for Nigeria