From Zimbabwe to Denmark: Spreading the gospel of cricket
Advertisement 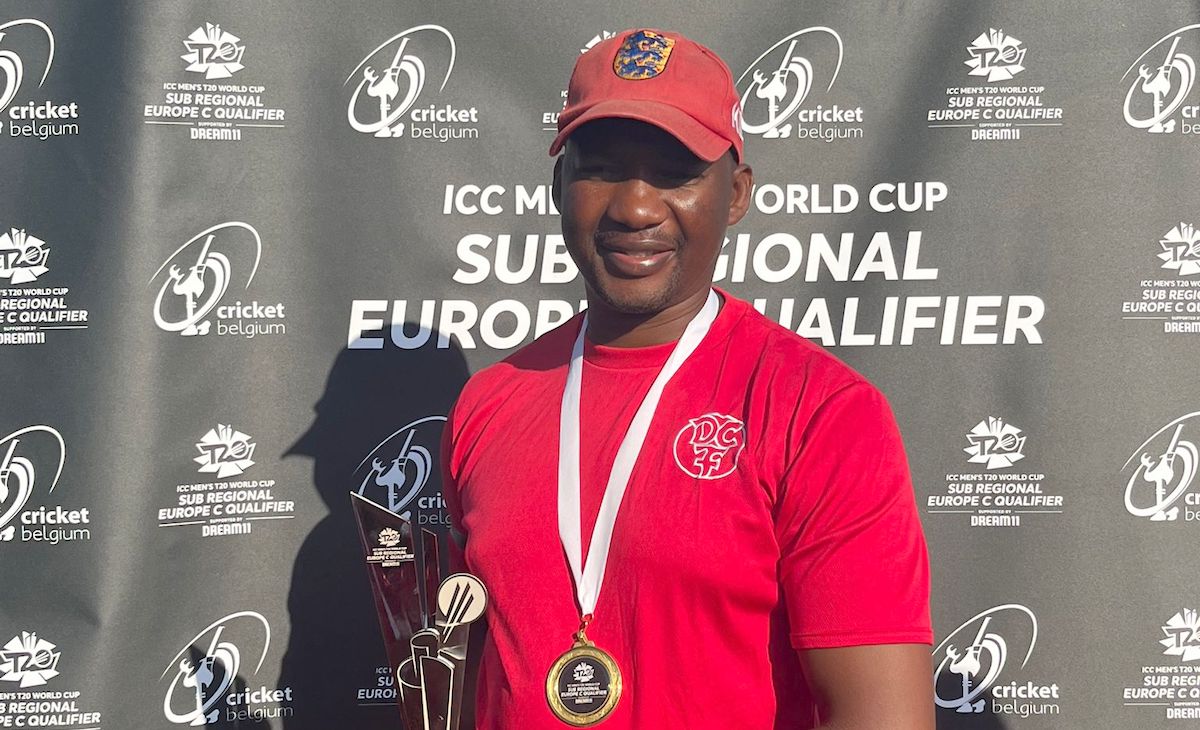 If you took a quick look at the names on the teams-sheets of both Denmark and Portugal for the final of a crucial international cricket tournament last week, you could be forgiven for thinking that it was an Asian derby.

Adding to the ethnic richness of the occasion, the final of the T20 World Cup Europe C Qualifier, was the coach of the winning Danish team, Zimbabwean Keith Dabengwa.

Dabengwa’s appointment by Denmark last year was a milestone in its own right.

Zimbabwe has imported some of world cricket’s finest coaches over the past decades, five having gone on to coach other nations with distinction. Andy Flower, considered to be the southern African country’s greatest player of all time, has been hailed as one of England’s best-ever coaches. Flower wasn’t the first Zimbabwean coach to leave an indelible mark on the English side. Years before him, another former Zimbabwe captain, Duncan Fletcher, set a high bar as England’s coach. Former Zimbabwe internationals Kevin Curran (late) and Andy Waller both coached Namibia’s national team while Robin Brown – another ex-national team player – had a rather tumultuous stint as coach of Kenya.

The mark for Dabengwa is that he becomes the first black Zimbabwean to coach a men’s national team of another country.

It’s a piece of history that the unassuming 41-year-old from Bulawayo wasn’t even aware of, characteristically, and reacted with modesty when pointed out to him.

“I just feel honoured to coach this Denmark team as I have been part of the players’ development,” Dabengwa told This Is Africa fresh after guiding Denmark to a thumping nine-wicket win over Portugal in Belgium.

Dabengwa – who played three Tests, 37 ODIs and eight T20Is for Zimbabwe between 2005 and 2010 – first arrived in Denmark towards the end of his playing career, to coach at one of the country’s leading clubs.

“It started with the senior teams as they had no juniors,” Dabengwa said. “Then we started a junior section with the five kids. When I left the club, it had over 60 kids and we introduced girls and women’s teams. Looking back, my first taste of high-level coaching was in 2002-2003 when I was appointed Zimbabwe national Under-16 coach. I had love for it, but at the time I was focused on representing Zimbabwe as a player. It was after my playing career that I thought how better to give back to the game, and it was coaching. I have never looked back since.”

Being promoted to coach the national side is an opportunity that excites the former all-rounder, who has made an early impact as testified by the trophy the Danish clinched last week in Brussels.

“With the work I had done on the club scene and integration into the culture, when the opportunity came up, international cricket was a challenge I was ready for,” remarked Dabengwa.

“The opportunity to develop players countrywide and build a team was one I relished. With the amazing group of players we have, we are on a journey that we want every young cricketer in Denmark to be part of.”

The Asian community of the country has a strong cricketing culture, but the game there is now diverse, with a good number of players coming from different backgrounds. Still, there are challenges to be overcome.

“Cricket is not full-time here, so it’s hard to compete with football,” Dabengwa said. “As an Associate country, with limited funding, we have a smaller pool of players. However, the players we have are very talented and eager to sacrifice their time for their passion. These players have full-time jobs elsewhere, so they have to juggle! But nothing gives me more joy than helping players achieve their dreams and to be part of their journey is a privilege.”

“Also, I can’t do it alone, I have to tap into the wider cricket network globally. Scandinavia has actually awakened its knowledge and interest in cricket, it’s growing rapidly. I will not be surprised in the near future seeing one of the countries competing and succeeding in World Cups and other tournaments,”  Dabengwa said.

The success in Belgium leaves Denmark with a chance to qualify for the 2024 T20 World Cup, as they will now compete in Europe’s final qualification event next year.

It will be a first World Cup in the nation’s cricketing history if the Danish succeed in the tournament.

A massive task, but one that Dabengwa is looking forward to with confidence.

“I’m hoping to take this group to the Europe finals next summer and cause a few upsets,” avowed Dabengwa.

“We set very high standards for ourselves. Looking at the goals each individual has set for themselves, it’s exciting times ahead. There are opportunities to do something special with this group of players.”

There is a fair bit of African influence in Danish cricket, which helps a lot for Dabengwa at a personal level and professionally.

“We have had players from South Africa as well in recent seasons. We have also engaged Africa Sports Consultancy, who provide their services online. They were instrumental during the Covid period, especially providing online goal-setting and a mindset development programme which I used with the club. It’s been great collaborating with them as they also introduced me to some amazing individuals who have come to Denmark for short stints.”

What about life in Denmark? How has it been for Dabengwa and his family?

“Freezing, hahaha!,” quipped Dabengwa. “No, it’s really a lovely country and culture to be part of. My family and I are blessed to call it home. I enjoy my football, I absolutely love watching Liverpool play. The best team in the world! The journey the (Liverpool) coach (Jürgen Klopp) has taken that group of players on is inspiring. I also enjoy cooking. I’m the family chef. The language was a difficult barrier to overcome at first. However, we understand and speak Danish now. This has made life a lot easier.”