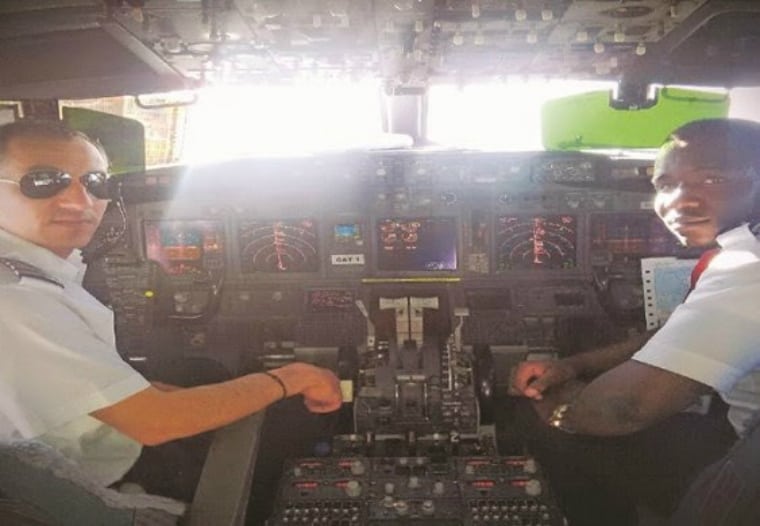 The 19 year-old England-born pilot received his training in the US where he started off as the youngest in his class but, by the end of the 9 month training period, had become the top performing student.

“I did my flight training in Texas, Dallas with Delta Flight School for nine (9) months. I knew I went there for a reason and not to play, I needed all the concentration, I go to school from Monday to Sunday. My Private Pilot License (PPL) was for one and a half month and my International General Certificate of Secondary Education (IGCSE) was for three years.” he says.

Adeyelika says, socially, he didn’t encounter many problems because of his young age but it did prevent him from completing his commercial rating until he turned 18.

He says the most challenging period of his training was when he had to complete advance training in Europe.

“The challenge basically was when I was sent to Amsterdam for my Type Rating, it was really the toughest period I cant lie to you because it was not an easy task,” he says, “I actually thought I was going to fail because I was the weakest in the class at the beginning but I came top of the class at the end. I kept telling my self  “I can do it” God really saw me through.”