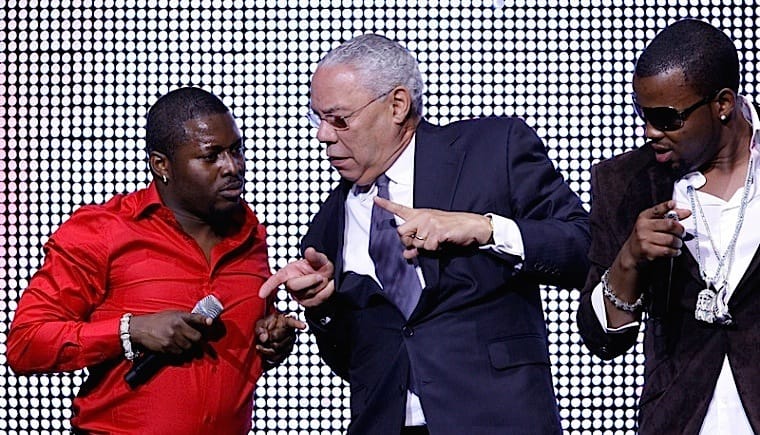 The allegory of a rising Africa is one that has been pushed by Western media for the last decade or more. It is supposed to tell the story of a new continent, finding its footing in the modern world. In truth, this new ‘Rising Africa’ narrative is little more than the opposite end of the ‘Failed Africa’ periscope that dominated the headlines in the post-independence era and beyond. Once the inhabitants of African nations had cast off the shackles of foreign rule and oppression and no longer merely served as the source for the world’s raw resources and subjects for human petting zoos (think Ota Benga and Saartjie Baartman), it became imperative to tell a new story for these once slaves/captives/sub-human beings. Thus Africa became a place where war and disease were rampant, where children never lived past the age of five, or where – to quote Band Aid – “the only water flowing is the bitter sting of tears”. Africa was one-dimensional and utterly dark.

Although the Africa Rising tale accords us on the continent more dignity, it is no less myopic. It views Africa again, as a one-dimensional land that is on its path to great things. And this is true certainly true. So then why the devil isn’t the nation rising as quickly as we’d expected it to? Should it really take ten years – the length of time the Africa Rising gospel has been preached – for the nation to join the ranks of the modern world?

(I’m sure you caught that: Africa is a continent made up of 53 countries, not a single nation…but one would never guess that with the way the continent is reported in Western media. The irresponsible reportage of the Ebola crisis proves this.)

Africa is indeed rising – in some key nations on the continent, however you cannot talk about the rise of Africa without addressing African unity. African unity does not exist. There is no single currency, no such thing as “African culture” and no lingua franca that we can all identify with individually. Africa is fragmented along all these factors and more, and should be analyzed as such. However, one has to admit that giving 53 countries, each divided into regions and provinces, the individual attention they deserve is a near impossible task. The simplest (and more slothful) approach would be to do what is currently being done: provide grand narratives about the entire continent after having only visited a handful of countries.

It is important to note that the Africa Rising story is not one that is being told on the continent itself. If there is such a tome, I hope that someone will put a link in the comments section for reference. The approach to telling our stories is specific, as well it should be. I asked my fellow Ghanaians about what they had heard/thought about the rising Africa story. Here is a sample of their responses:

“I think I saw something about that on Channel O. Sarkodie and some other musicians had an ad about One Africa or something like that.”

“Why? Has something major happened in Africa that we are unaware of? Fuel prices are still increasing and it’s harder than ever to own property. Which Africa are they talking about?”

“That’s rubbish. This is Ghana. I live in Ghana…not Africa Residential Area.”

Their responses gave me pause. Who benefits from the narrative of Africa Rising if people on the continent (or to be fair, Ghana specifically) do not identify with it, let alone recognize it? Could this failure to adopt this ‘strategy’ be what’s holding back Africa’s mighty ascension from its state of darkness? Are African people at fault?

As Ghanaian actress Nuong Faalong astutely noted, the challenges that African countries are facing are not new…and truly haven’t changed in centuries. Poverty, wealth distribution, access to health and education are issues that all nations contend with, even in post-industrial countries. She says it is access not the lack of these factors that has kept individual African nations in their current state. Some are doing well, and others are regressing. You can’t place Mauritius in the same category as Somalia and label it ‘Africa Rising’.

“When income, education and health care are equitably distributed to the masses, then we will see an ‘Africa rising’, but until then we might as well be waiting for a Global Rising, not just Africa.”