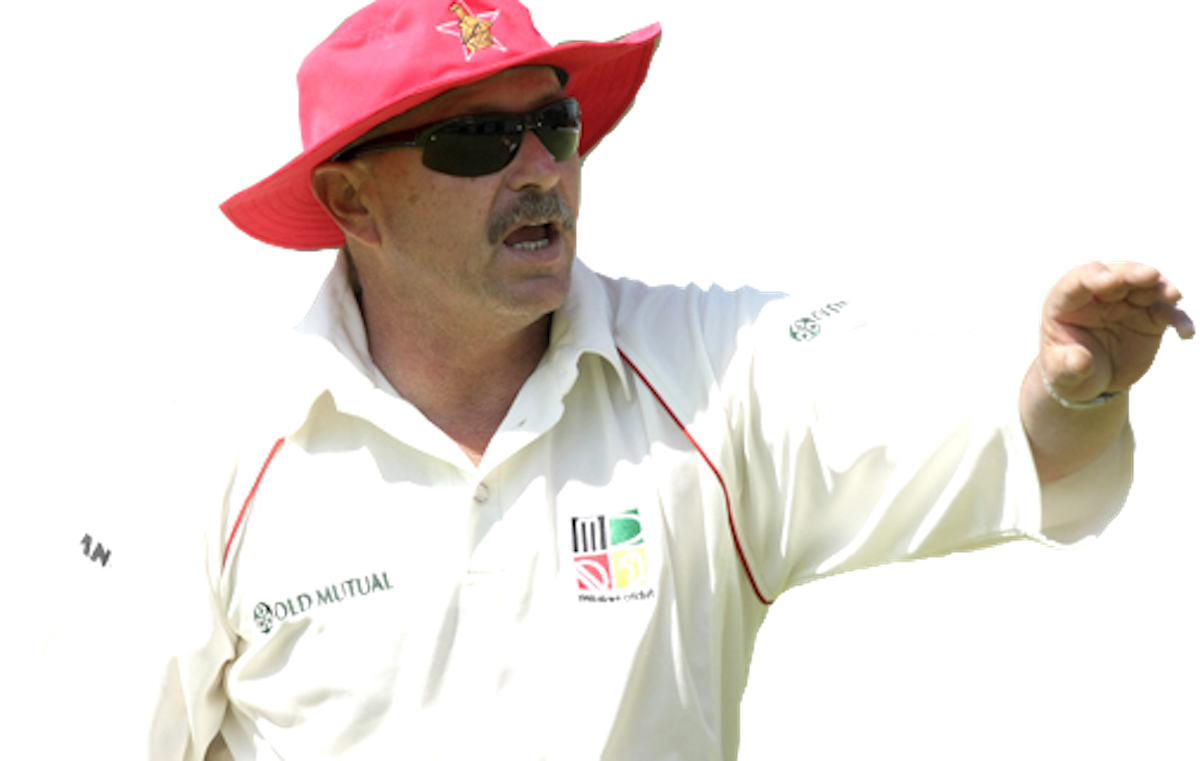 Zimbabwe stayed in control of their ICC Men’s T20 World Cup adventure after their Super 12 opener against South Africa was washed off on Monday (October, 24).

The neighbours were set to express themselves in nine overs per side as rain threatened to disrupt playtime at Bellerive Oval, Hobart. The Chevrons sacrificed long-form defensiveness but paid with the early fall of the top order. Wesley Madhevere’s unbeaten 35 (18) helped the Chevrons post 79 for the loss of five wickets.

South Africa’s composed reply was interrupted at 51-0 at three overs as heavy rains poured. They were chasing a revised target of 64 off seven overs. The Proteas felt robbed of a game that was going their way, powered by Quinton de Kock’s beastly 47 off 18 balls. “We got so close and it got taken from us and that is probably the most frustrating part,” South Africa’s coach Mark Boucher said in a post-match interview.

Zimbabwe’s defence had been, however, dramatically weakened as bowlers struggled and slipped in the worsening rain. “I don’t think we should even have bowled a ball to be honest,” said Zimbabwe’s coach Dave Houghton.

South Africa and Zimbabwe are pooled against Bangladesh, India, Pakistan and the Netherlands in Group 2.

The years that the locust ate

Zimbabwe made the T20 World Cup second round for the first time this year after outclassing Scotland by five wickets in a winner-take-all first-round finale. They missed the World Cup last year, having been banned by the International Cricket Council in 2019 for “political interference.”

Government interference has a long history in Zimbabwean sports

Government interference has a long history in Zimbabwean sports. The national football team is currently suspended by FIFA after the Sports and Recreation Commission (SRC) suspended the soccer-governing board. The ICC’s suspension of the Chevrons in 2019 was also prompted the SRC’s suspension of Zimbabwe Cricket (ZC).

In 2006, government took over the running of the game through SRC. The commission fired ZC directors for allegedly putting their racial interests ahead of government policy. The 2000s were marked by the politicisation of many sectors of Zimbabwean society, coinciding with the country’s isolation from the international scene.

Frequent retirement of senior players culminated in the walkout of 14 players in 2004 under the apparent stimulus of race politics. Memoirs by players and coaches, particularly Allan Butcher’s The Good Murungu, cite stifling government interference in the sport. ZC directors were famous for their political dalliances, while their administration of ICC funds was allegedly compromised by their business interests.

In recent years, former captains Heath Streak and Brendon Taylor have made stunning revelations about their involvement with betting syndicates, raising questions about the match-day implications of such ties.

Zimbabwe is retracing its glory days with its junior-policy alumni, including Wesley Madhevere and Milton Shumba, whose partnership helped Zimbabwe set a halfway-to-decent target on Monday against South Africa.

At a modest 11th rank in T20 cricket, Zimbabwe are not expecting much from the rest of the tournament but they can be bullish underdogs. The young squad won nine of their most recent 11 matches before World Cup and beat a full strength Australia at home recently.

“The team is having a positive mindset with Dave Houghton who, when he coached Zimbabwe previously was a game away from World Cup semis in 1999,” said Chevrons fan Kuziva Chikwani.

“I hope to see continuity in this brand of cricket. Just the youngsters giving themselves a chance to win every game against the big boys. A few more upsets  would be nice,” said Chikwani.

Coach Dave Houghton and captain Craig Ervine have placed no further demands on their players after they qualified to the second round. “It does take away a little bit of the pressure that we have felt over the last week during the qualifiers,” said Ervine.

Houghton rubs off a golden-age aura to the team, having played at three World Cups and coached Zimbabwe at the 1999 World Cup.

Sports journalist Enock Muchinjo thinks the Houghton effect has made a massive difference on the team which lost a T20 series to Namibia only in May. “When Lalchand Rajput was removed as coach and replaced by Houghton in June, we were covering an ODI series between Zimbabwe and Afghanistan in Harare, and Afghanistan was cruising in the last of three matches and setting up a whitewash series victory,” recalled Muchinjo.

“When the news of the change of coach filtered through, one of the journalists in the press box, Brian Goredema, said, ‘We now have the coach to easily take us to the the T20 World Cup.’ That was a bold statement, considering how dire the situation was and seeing how defeated the players were in mind, and the World Cup qualification tournament in Bulawayo was just a month or so away.

“So I challenged him saying the change of coach was long overdue, but the players remain the same. And he said, ‘With these same players we will qualify, there is nothing wrong with these players, they are very good players. They just need the right person to mentor them.’ How spot on he was! Dave has been modest about his impact on the team, but definitely his methods, both technically and man management, have been superb,” said Muchinjo.

Bar the ghosts of political interference, the Chevrons will be able to build on the current gains.

A review of Ikenna Okeh’s ‘Deportee’