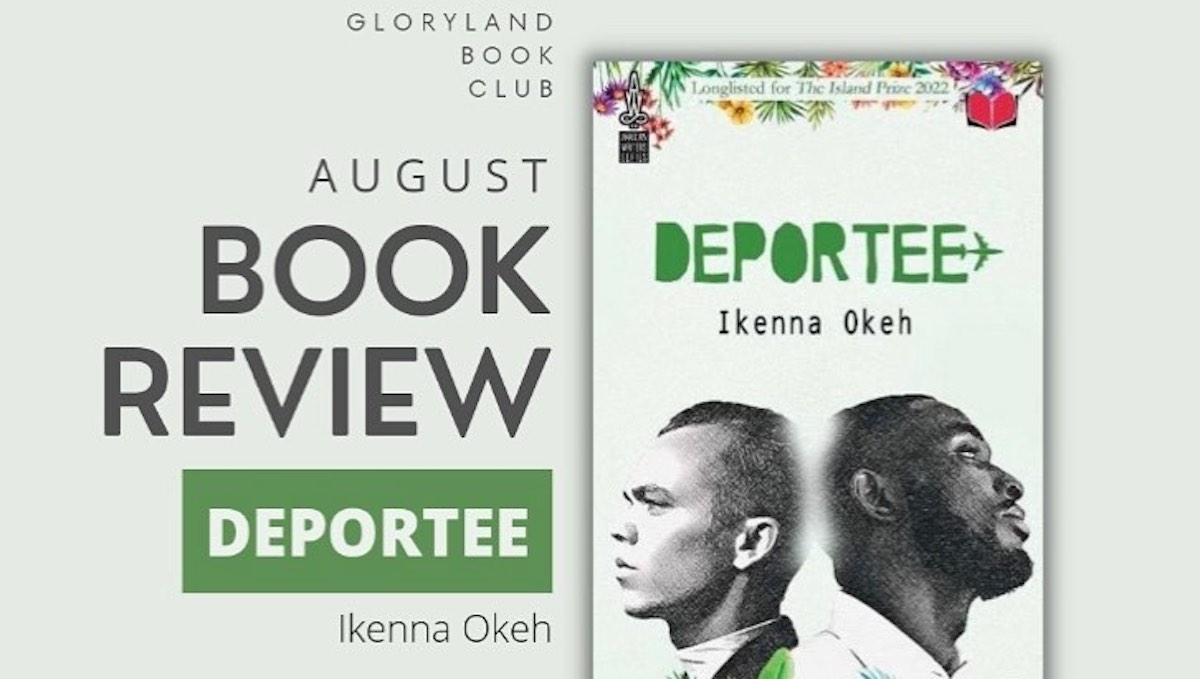 Deportee is a book of depth, practical wisdom and relatable humour. Following the story of a young man, Anayo, who has been deported from Northern Cyprus, it chronicles the fall of a man, the cushion(s) or hard stones that break that fall, and the gradual, tasking rise to reclaim his dignity.

With Anayo, we are exposed to the reality of the “once-been” stigma. He is one of the thousands that have left their people and land for greener pastures abroad. However, he is one of the courageous few who holds his head up amongst the people to whom he has nothing to boast about.

Anayo gets the cushions, and not the stones, in the guise of family and friends who won’t treat him less of a human. They teach, by their encouragement, that man is not equal to his failings or falling. Maybe this is the reason the book ends with Anayo getting a visa to Bulgaria, and the chance to leave Nigeria yet again. That passes an important message.

Anayo is an embodiment of all we are as humans—ambitious, adventurous, resilient and flawed…

Isn’t that one of the greatest human traits? This  imperfection that, sometimes, connives with the Earth to make us take wrong steps that will require further, deeper and, sometimes, newer thoughts to retrace?

The flaws of Anayo, GLBC postulated, start with the mindset about his home, in juxtaposition with life abroad. He is a lover of his people and culture, no doubt, but nothing can change his mind about wanting to “love-the-country-from-abroad”.

Another flaw is his wanting to have a full laid-out platter of all he has missed while abroad, in terms of women. And so he engages them—as many as won’t see him as a failure—while not wanting to commit to any. It is ironic that his home’s women are good enough for the release of sexual tension while the women abroad must be put on a high stool, and be cautious and disciplined towards. A people-lover must not be an entitled user. (That should be on the constitution).

Definitely, there will be other flaws if there is time to count them and their relevance to the overall message of the novel… Faults are, after all, easier to point out in others. We can quickly, without stress, target this or that wrong a character, not just Anayo now, exhibits in ‘Deportee’… Nonetheless, the question is, how about us? How can we be better Anayos in the face of all life throws at us?

To begin with, the title of the novel tells us who we are—deportees. There is no article or quantifier before that word and tag that became Anayo’s identity and his, goes without saying, ‘test’. This means that the title has made a statement. It has roped us in and submitted a proposition using the fictional life of Anayo.

It has said that we all, in one way or the other, have tags hanging over our heads caused by life’s situations. There are goals and dreams we have had that, like Anayo, came crumbling to the ground so that it looks like we have failed. It looks like we have fallen from that high place. We are all that deportee needing help, a change of heart and attitude, and some hope to cling unto.

For readers, the GLBC thinks that ‘Deportee’ is a story in which one can find one’s toppled ‘self’ while smiling at  intervals.

With easy writing style, and the infusing of vernacular, this is a book hard to put down.

Ikenna has written a book about what ‘home’ can mean, depending on what eyes are looking.

What are your eyes seeing?