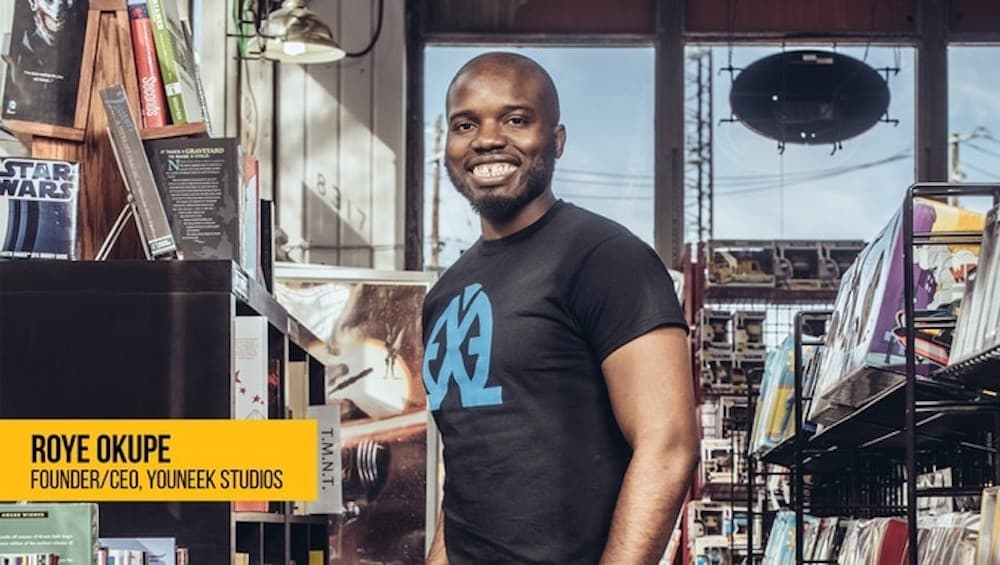 According to CEO Roye Okupe, from its inception YouNeek Studios set out to create compelling and extraordinary characters and stories inspired by African history and culture. The collective wanted to show the parts of African heritage that world history has neglected.

Their best received graphic novel is ‘Malika Warrior Queen’, a historical fantasy epic that takes place in a 15th-century West Africa. Malika is inspired by Queen Anima of Zazzau, a real warrior queen who lived in the 15th century.

“When I published the first issue of Malika: Warrior Queen in 2016, it went to another level… Malika is really the one that really goes into the roots of African history and mythology. It literally became the flagship character over night because a lot of people gravitated towards it.” Okupe told OkayAfrica.

Read: Cartoon Networks is on the hunt for African Animation Talent

The synopsis of the animated series reads:

“Set in fifteenth-century West Africa, Malika: Warrior Queen follows the exploits of Queen and military commander, Malika, who struggles to keep the peace in her ever-expanding empire. Growing up as a prodigy, Malika inherited the crown from her father in the most unusual of circumstances, splitting the Kingdom of Azzaz in half. After years of civil war, Malika was able to unite all of Azzaz, expanding it into one of the largest empires in all of West Africa.

But expansion would not come without its costs. Enemies begin to rise within her council, and Azzaz grabbed the attention of the most feared superpower the world has ever known: the Ming Dynasty. As Malika fights to win the clandestine civil war within the walls of her empire, she must now turn her attention to an indomitable and treacherous foe that plans to vanquish her entire people. From dragons to mythical relics, a feuding royal family and magical swords, the story of Malika: Warrior Queen stays true to the fantasy genre while adding something new by setting familiar concepts in an awe-inspiring African setting.”

Malika is littered with Easter eggs of African history, for example the world that the fictional place inhabits features real places such as Timbuktu, the Songhay Empire, the Oyo Empire, the Benin Empire, etc.

It will be presented at the 8th Annual Lagos Comic Convention on September 21st in Lagos, Nigeria. It’ll then screen soon after on September 21 at the 6th Annual MECCAcon in Detroit, Michigan.

Related Topics:ArtsNigeriaWomen empowerment
Up Next

SADC to adopt Kiswahili as the fourth official language