Netflix’s recent offering, Michelle Obama embarking on a trailblazing 34-city sold out book tour of her famous memoir; Becoming has re-affirmed her lofty status in pop culture folklore. Who needs hope as an antidote in this current global Covid-19 malaise, well, what better way than to tune in to this mesmerising one and half hour delicatessen. The documentary literally takes us on an emotional journey with the alluring former first lady of the United States, as she shares and charts her story with us. Her story is a story grounded in hope and optimism which we all could certainly do with given the prolonged gloom and doom, the current lockdowns the world over, have brought to bear.

Michelle takes us from the highs and lows, growing up as a lass in the South side of Chicago, Illinois, navigating, the exigencies of gender, class and race. It is poignant as we journey with a somewhat naïve Michelle being bluntly told by a high school teacher, that how dare she aspires for what’s beyond her, Princeton was out of reach for her and she just had to get to grips with that as her limitations. Of course, Michelle was not going to let such societal norms and constrains of the time restrain her, as the erudite, affable young black girl went on to prove her naysayer wrong by enrolling both at Princeton and later proceeding to Harvard University, where she excelled in Law, attaining her Juris Doctor (J.D) degree, in 1988.

The Netflix tour de force also gives us rare anecdotal insights into her courtship to Barack Obama, transcending the joys of motherhood, the demands of marriage taking its toll on marital bliss, with the subsequent proverbial visit to a marriage counsellor. Now, these are all stories we can relate to, one way or the other, we have walked this familiar road, but perhaps what makes it more remarkable is hearing it from global icons as the Obamas. Michelle’s captivating persona, which is inherently infectious with diverse audiences she mingles with in the different arenas she visits is all too palpable, and tear jerking. It is a beautiful spectacle to savour, for the viewer. There are tearful moments of a sob story, where participants to her book tours are clearly touched by this larger than life woman’s modest persona. Becoming documentary shows us at close quarters the very minutiae traits of this exceptional woman. The sequence underlines her charisma, and ability to connect with diverse people, regardless of race, gender or differing backstories. 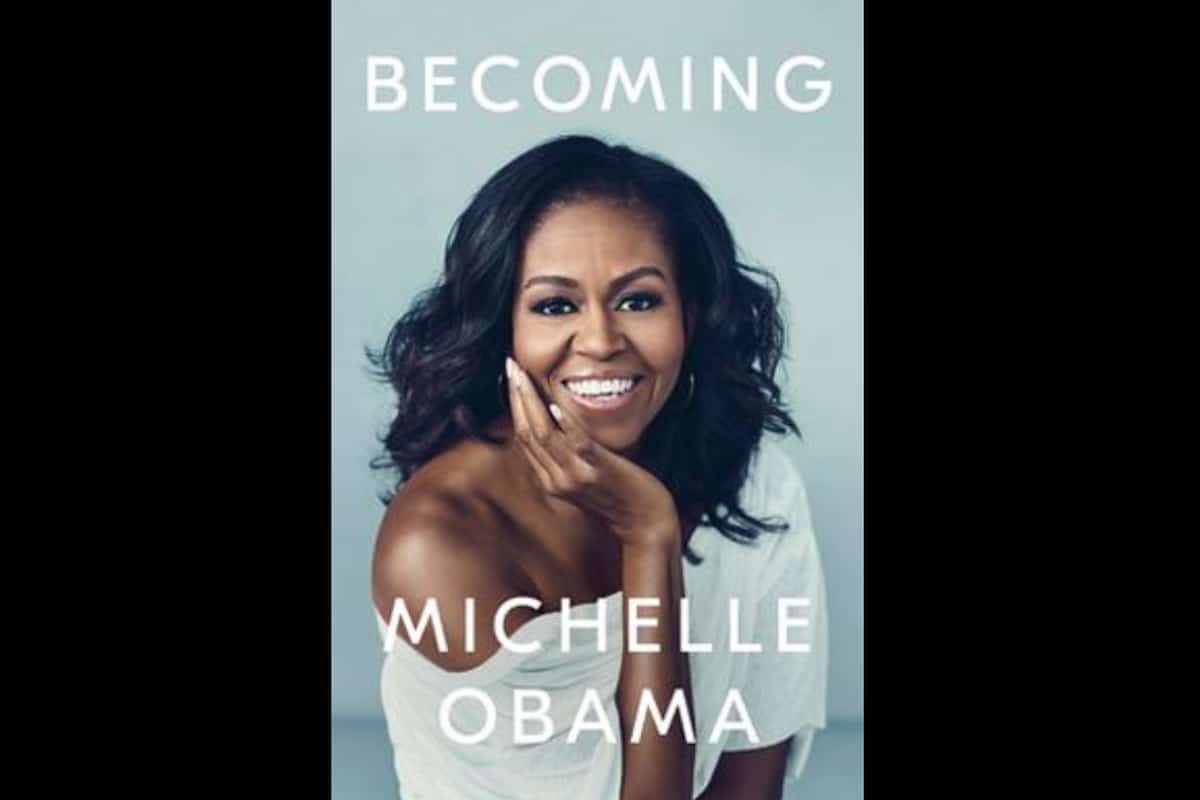 On a personal note, I felt the pain and agony of Michelle’s loss, at one point in the documentary when she together with her equally remarkable mother Marian Shields Robinson visited south side of Illinois, their Chicago home where she grew up; reminiscing at her late father’s favourite chair in the living room, and his deep rooted penchant for Jazz music. Because it’s a familiar road, I have traversed, every time I visit my hometown, Dangamvura, Mutare, in Zimbabwe, reminiscing, missing my late father John Chatora; I immediately connected with Michelle’s intimate narrative as she recounts childhood memories at her house. The tree, which has always lingered outside, where she had her first kiss, the anguish at losing her stoical father to MS (multiple sclerosis), before he could savour her success together with her brother Craig, who also went to Princeton.

There are many instances where Michelle’s black experience has resonated well with me. What really struck me was her childhood and family were very much like mine, grounded in modesty. Nothing extraordinary, just humble beginnings, which have provided a solid foundation for a stellar future. At a time, my daughter; Avril has been at crossroads in terms of career choice, she tells me; after watching the documentary, she has felt inspired by the Obama experience, to disregard her own high school career advisers’ naysayers, and instead elect for her preferred degree choice. Ultimately, the story of Michelle is our story, a shared cultural experience, we can all identify with, as a lived experience which transcends geographical boundaries.

Becoming raises an eclectic mix of poignant, pertinent questions to the viewer, not least, what it means to be black in contemporary America; the place and scope of the media on people of colour’s aspirations, the endemic police brutality and gun crime, against the black lives matter backdrop, inter-alia. Michelle does not shy away to confront the racist abuse and profiling, she was both subjected to and her husband as he was running for the US Presidency in 2008; with stereotypical tags as ‘angry black woman,’ being thrown about, and falsehoods peddled, that both she and Barack were jihadis.

Becoming raises an eclectic mix of poignant, pertinent questions to the viewer, not least, what it means to be black in contemporary America

The overarching narrative to emerge from this negativity is to ride above it as Michelle kept on reinforcing in one of her most quoted refrain, ‘when they go low, we go higher.’ An apparent reference to the character assassinations and falsehoods her husband endured at the behest of Donald Trump, one being the constant slur that Obama was not American, “and we need to see his birth certificate, to authenticate his citizenship”. “When these things kept cropping up, we just had to keep going, and do the best in our jobs’; the calming oratory voice of Michelle offered reassurance in this respect. Of her experiences at Princeton, Michelle alludes to how the mother of a white roommate felt “horrified” her daughter was sharing a college room with her and tried to have her daughter reassigned.

Amidst the soft backdrop of masterful American Jazz crooner Kamasi Washington’s calming jazz tracks, I Am Becoming and Southside V.2 music playing in the background, the documentary comes to a close, with the erudite Michelle, making a subtle dig at the Trump Presidency and how it’s been divisive and bad for the world. In her clever, intellectual way, she evokes the politics of hope and optimism inspired by her husband; and in one episode of the documentary, where part of her high school, college audience brings pertinent questions to her, on how best as youngsters can they cope with Trumpism, so tactful is Michelle, that she gives them a way out, “forge and define your own story,” and she skilfully does this without even mentioning Trump’s name. The lady is certainly a class act, and the closing credits rolls in with different shots of a cross section of her fellow citizens inspired by her fervour and they appear ready to carve out their own American dreams. Heart warming, powerful, I was so enriched by watching the documentary. It’s been a while since I watched something so uplifting. In the words of one viewer; “thank you for remaining a strong voice in our world, we need all of your kindness, faith and humanity”.