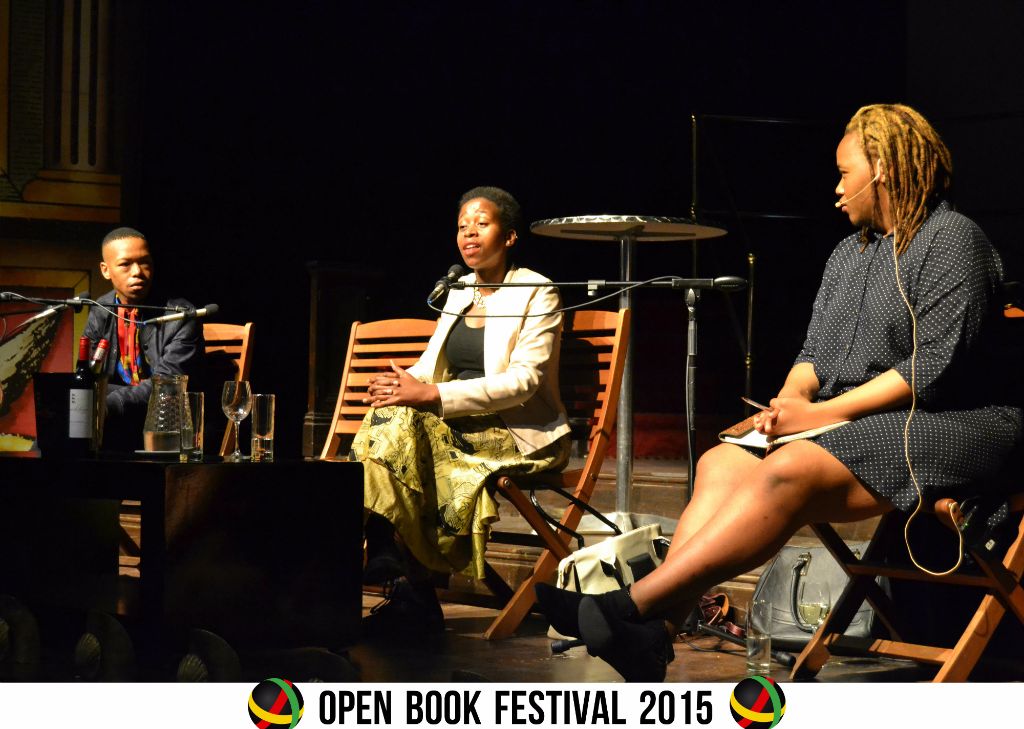 A rather focused audience after an argument broke out when one of the audience members tried challenging the cghair: Thato Pule with regards to starting without the #RhodesMustFall comrades

The panel from left to right: Nakhane Touré, Mbali Matandela speaking to the chair; Thato Pule

A moment of laughter between Nancy, Okey and the audience while Okey shares how his wife was told that she should ask him how come Okey knew so much about the prostitutes he writes about in one of his novels.

Okey Ndibe and Nancy Onyango share a moment of laughter with the audience after Nancy’s question regarding how Okey manages to write about sex in such a way that he is not labelled.

Audience captivated by the session chaired by Nancy Onyango from This is Africa as she questions Okey Ndibe about his remarkable novel.

Question from the audience for Okey Ndibe

Saskia Goldschmidt asking the audience to excuse “the stupid paper” she has on her hand as this is her first time experience at the Open Book Festival, as well as doing the mononlogue in English

Saskia Goldschmidt on stage before her Hormonologue session

Saskia Goldschmidt introducing the feathers next to her as imaginary peacocks as she did not have space to bring her actual peacock/s with to Cape Town.

All photos by Oyama Botha.

Related Topics:African PhotographyArt
Up Next

PHOTOS: This Is Africa and #cocreateSA authors’ Meet & Read