Pitso Mosimane’s real fight is with his winning self 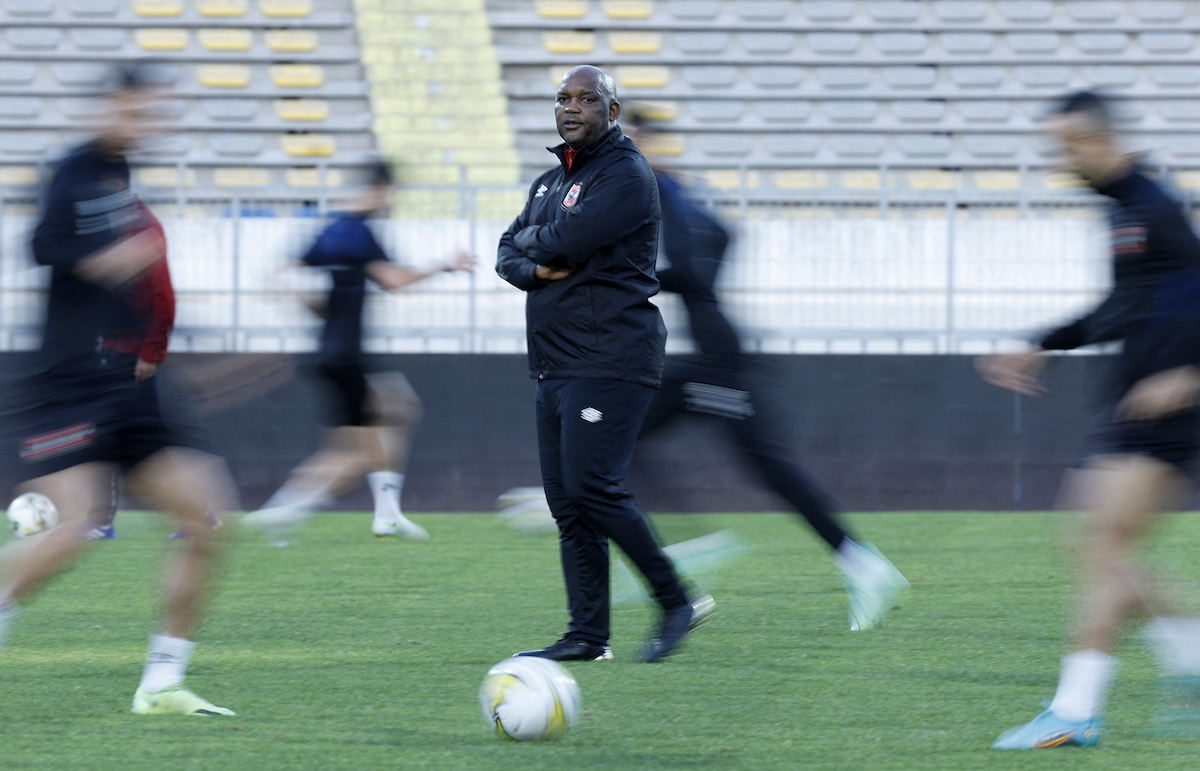 Al Ahly coach Pitso Mosimane conjures up the image of an enraged bull when he is on the warpath. His deadly stare, menacing temper and sharp tongue pierce his detractors when he is cornered.

But if you listen to him closely, and look at the bigger battle he is waging, an angry Mosimane is more like a matador. The anger that he flashes like a giant red cape for all to see conceals a deadlier weapon that you never see coming if you don’t watch closely.

That weapon helps Mosimane control the narrative while many focus on the anger. In the wake of the Egyptian giants losing to Wydad Casablanca in the final of the CAF Champions League, Mosimane has waged an intense war with the Confederation of African Football (CAF), which he claims is out to get him under the leadership of Patrice Motsepe. The then Mamelodi Sundowns coach and the CAF president who owns the club weren’t on the best of terms when Jingles, as Mosimane is known, left to join CAF’s Team of the Century.

CAF is a convenient distraction from Mosimane’s real battle: trying to win his first Egyptian Premier League title with Al Ahly. In just over a year he has done enough to be considered a legend at the club. He ended a seven-year drought to bring home the Champions League trophy in 2020, beating archrivals Zamalek in the final. He retained the trophy the following year and narrowly lost out in the final of this year’s edition. But Al Ahly is no ordinary club – any kind of failure is a sin.

“Pep [Guardiola] has been there for five years and hasn’t won a Champions League, but he is a legend at Manchester City. But the mentality in Egypt is totally different. You and I can judge it and say it’s right or wrong, but that’s what they believe in, hence there’s no coach that lasts because that’s what they want.”

A year at the helm of Al Ahly is an achievement. Two years is a miracle. In the past 20 years, only two coaches have reached the two-year mark at Al Ahly: Manuel José and Hossam El Badry. It will take a massive effort for Mosimane to finish his second year. It’s not only a must that he wins the league now that the Champions League is over, but he also has to beat Zamalek on 19 June.

“This amount of pressure is the culture here,” Mosimane says. “It’s the belief. It’s not just Al Ahly. At Zamalek, there’s a coach every six months or every year. If they think it’s right for them, let them continue. If they think it’s not right, then they must change the model. It’s not in my hands.

“And I am not worried about what I can’t control. There will be criticism every day. But one thing I know about them is when CAF made this decision [to take the final to Morocco], the whole country stood up and they are talking about it. It’s a mess. In North Africa there’s trouble. People are saying that this is the worst leadership they have ever, ever seen in CAF.”

The drama between CAF and Mosimane is important because it’s a good sideshow while Al Ahly regroups. CAF, whose headquarters in Cairo are adjacent to Al Ahly’s base in the Egyptian capital, caused a massive outcry when it announced the venue for the final – supposed to be staged in a neutral venue – only after Wydad had confirmed their place in the showpiece match.

As expected, Egypt reacted forcefully to the move. Al Ahly even took the matter to the Court of Arbitration for Sport, and lost. Even though CAF tried to explain it away by saying there was only Morocco’s bid after Senegal had withdrawn, it was hard for Al Ahly fans not to see this as getting the short end of the stick. Add that the Fifa Club World Cup was allowed to start around the same time as the Africa Cup of Nations final, where Al Ahly had a number of players in the Egyptian squad, and it’s easy to see a trend. Then throw in Mosimane and Motsepe’s strained relationship and you have a “motive”.

This is where Mosimane’s brilliance in psychological warfare comes in. It’s now ingrained in the players and the club’s fans that the system is out to get them. So to show the system the middle finger, they must win the Egyptian Premier League and return to the Champions League to reclaim what they feel is theirs. They want to change the colour of the silver medals that many Al Ahly players quickly took off when they were handed them after the final at the Mohamed V Stadium in Casablanca.

Hungry for glory in Egypt

Being the serial winner that he is, it is a big issue for Mosimane that he hasn’t managed to win that gold medal in the ultimate race: the premier league. It is also a big issue for some of the Al Ahly legends who have criticised him heavily. Many of them are just angling for a job, or for the position to go to someone they prefer.

Mosimane’s biggest achievement with Al Ahly so far isn’t the back-to-back Champions League wins. It’s transforming Al Ahly from being a North African team in the eyes of fans to being a genuinely African team admired across the continent. As the first non-Egyptian coach from Africa to lead Al Ahly, Mosimane broke down massive barriers in the most successful club in the world, making them also appealing to those who are fans of his bullish persona and winning mentality.

In South Africa, for instance, a country that is very insular and tends to mainly follow Champions League football through the eyes of its teams, there is a growing interest in Al Ahly and even Egyptian football because of his presence. This is true for many sub-Saharan countries. The barriers that used to be there before between North Africa and the rest of the continent are diminishing because of Mosimane’s presence and success.

His managing Al Ahly has also transformed him from simply being a good coach to becoming a legendary manager who is eagerly viewed by Europe and the Middle East. Mosimane and Ahly have been good for each other in a way. But football, especially for Al Ahly, has no room for sentiment.

“You are only as good as your last game,” says Mosimane. “Things didn’t go well for me in the last game. But we will go again until we crack it.”