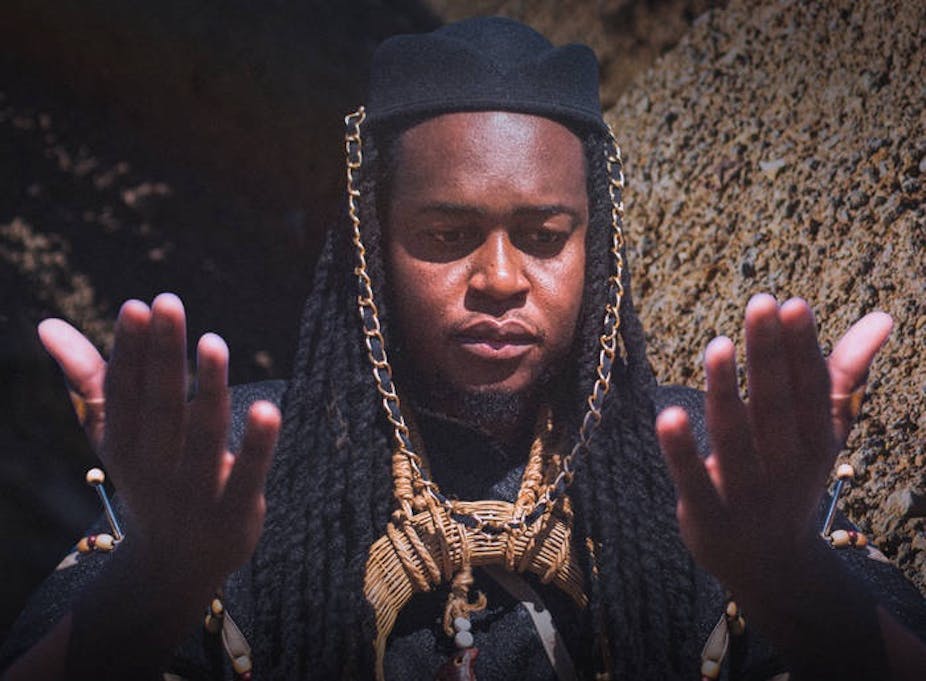 People were listening to (Duke Ellington and Count Basie) at home because we felt this is our music and these are our black heroes. The attraction … was that the rhythms were more like our mbaqanga.

That sense of shared cultural history has persisted, from the country’s earliest dance bands (the first South African jazz record was cut in 1939) up to today. Successive waves of South African jazz innovators have sought fresh ways to bring the sound back home, drawing on diverse sonic, lyrical and spiritual roots.

Right now, the focus of the new jazz generation in the country is on the spiritual. Pianist Nduduzo Makhathini’s 2022 release, In the Spirit of Ntu, invokes “an ancient African philosophy … where our wholeness resides”. The title of the 2021 compilation of new South African jazz, Indaba Is, invoked the writings of philosopher and seer Credo Mutwa. It is in that lineage that reedman Linda Sikhakhane’s third album, Isambulo (Revelation) firmly belongs.

Saxophonist and composer Sikhakhane began his music education in his Durban community in KwaZulu-Natal province, in school as a clarinettist, then at trumpeter Brian Thusi’s Siyakhula Music Centre. By the end of high school he knew he wanted to pursue university music studies, but his teacher knew there was no jazz clarinet instructor at UKZN (the University of Kwazulu-Natal) and advised that he pick up the saxophone as a second instrument. “After a few days of translating all that I knew on the clarinet, my love for the saxophone got deeper in such a way that it became my first instrument,” he says. I interviewed Sikhakhane for this article, part of my ongoing research on South African jazz.

During his university studies he released his debut album Two Sides, One Mirror and won an overseas scholarship, gaining his Bachelor of Music degree at the New School in New York. His second album, Open Dialogue, reflected material from his graduation recital.

The disruptions of COVID-19 sent Sikhakhane home, where he again worked with Makhathini, and he is now studying further at the Norwegian Academy of Music in Oslo.

Everyone brought originality and entered the space with so much humility – the qualities that must be central to improvisation. They understood the vision.

That vision focuses on Zulu spirituality, the role of music in ceremonial rites, and the legacy of ancestors, personal and musical. The shared heritage of the music in both jazz and his community “made jazz a safe space” for him from the start. Working with Makhathini, for instance in the ensemble on his album Listening to the Ground, helped him reflect on and appreciate his upbringing – “which hinged on the notion of music as ritual”.

Ritual seeks new visions as well as looking back to heritage, “a process of constant discovery”. Thus the title track is the most abstract, its improvisation reaching forward into the unknown. It is followed by uNongoma, the album’s most explicit allusion to traditional forms, as singer Paras employs vocalese across jazz horns to allude to Sikhakhane’s place of origin (Nongoma in KwaZulu-Natal), and yearn for a parent. “Paras wrote those lyrics,” says Sikhakhane, “sonically projecting from that place, imagining its histories, landscape and cultural outlook.”

Other of the album’s eight tracks reflect the range of Sikhakhane’s current composing. A Day Passed is a quirky, laid-back ode to procrastination. Inner Freedom revisits a melody from his 2017 debut, more richly textured, with Sikhakhane playing soprano and a more prominent role for Fries’s piano; still, like the original, grounded in Ngari Ndong’s compelling percussion.

Ikhandlela alludes to the light that flickers in darkness, with a gentle bass solo from Iannone. Gog’uldah, in tribute to his grandmother, is a moving, fractured, slow waltz theme with the saxophonist voicing his praises to his ancestor over a saxophone that spirals out into abstraction and finally silence.

Despite the formal academic requirements that shaped the original recital material on Open Dialogue, and the greater freedom of Isambulo, Sikhakhane says he still feels “strong continuity” between the two albums. The releases are, for him, “the continuation of an unending journey”.

He has described in an interview with Alljazzradio how his learning journey in music has always been motivated by a desire to shift from an “international” saxophone voice to one more radically shaped by South African spaces and sources. In that journey, music has been both a tool for discovery and a tool “to speak my language”.

Isambulo concludes with a tribute to those sources, Hymn for the Majors. Sikhakhane credits a long roll-call of names, from family members to early teachers such as Thusi, and musicians to whom he listens and with whom he has worked. “(John) Coltrane, (Abdullah) Ibrahim, (Zim) Ngqawana and Makhathini are kindred spirits and a lineage of masters that I follow.” He adds:

Isambulo speaks about constant discovery and through following any master you’re likely to find revelation: sound is inspired by the journey.

Gwen Ansell, Associate of the Gordon Institute for Business Science, University of Pretoria

Sexual violence in South Africa: where are the male victims?